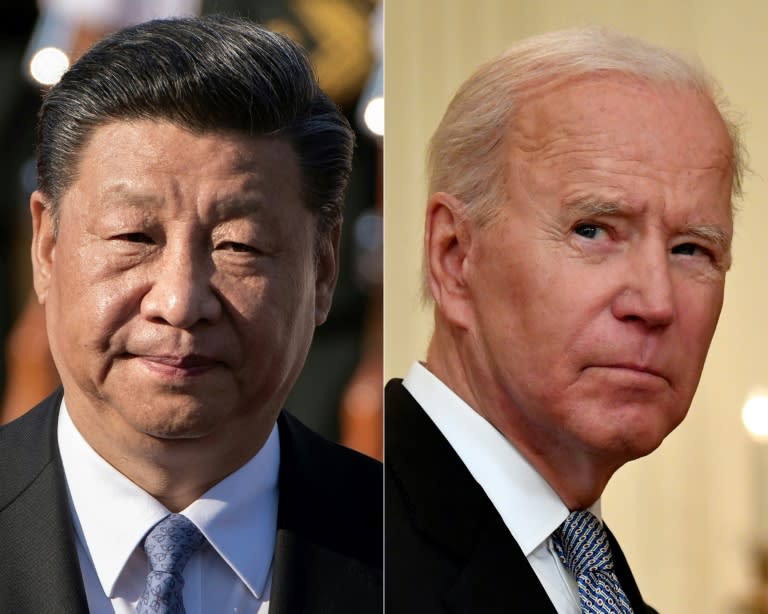 What is the US policy of “strategic ambiguity” towards Taiwan?

President Joe Biden’s statement that the United States would defend Taiwan in the event of a Chinese invasion has renewed discussions on whether Washington’s long-standing policy of “strategic ambiguity” on this thorny geopolitical issue is underway. being reassessed.

But what is strategic ambiguity and why would a strong commitment to Taiwan’s defense be risky?

Taiwan and China split in 1949 when nationalists from Chiang Kai-shek fled to the island to set up a separate authoritarian government after losing a civil war on the mainland to the communists of Mao Zedong.

Both sides claimed to represent China and for the first three decades the conflict remained heated, with China regularly bombing Taiwanese islands close to the mainland.

A detente was established, followed by a tacit agreement in 1992 where the two parties decided that there would be “one China” but agreed to disagree on what that meant. .

Since then, a more distinct Taiwanese identity has emerged which views the island as a de facto independent state with a separate destiny from mainland China.

President Tsai Ing-wen of the ruling Progressive Democratic Party is hated by Beijing because she sees Taiwan as a de facto independent nation, not part of “one China.”

Taiwan’s opposition party, the KMT, is now in favor of closer ties with China and is sticking to the “1992 consensus.”

But that started to change in the 1960s and 1970s when it became increasingly clear that nationalists would never return to power on the mainland and that relations had to be forged with communist China.

Countries began to transfer diplomatic recognition to Beijing, which Washington did in 1979.

But he has maintained a carefully calibrated and deliberately opaque stance towards Taiwan and what should happen to it.

The military element of the US approach is known as “strategic ambiguity”.

– How does ambiguity maintain peace? –

In the run-up to the diplomatic change of 1979, the United States did not make Taiwan a treaty ally like Japan and South Korea where American troops would come to defense in the event of an attack.

But he didn’t completely abandon Taiwan, either.

Congress passed a law authorizing the sale of arms to Taiwan in order to adequately defend itself.

The United States has never ruled out coming to the aid of Taiwan.

The policy was designed to enforce peace by leaving both sides guessing.

Beijing couldn’t be sure that an invasion would trigger all-out war with the United States.

And Taiwan would avoid officially declaring its independence – a red line for Beijing – because it could not guarantee that the United States would stand up for it.

The United States has also maintained an equally opaque political approach to Taiwan.

Known as the “One China Policy”, it recognized the PRC as China’s only legitimate government.

But he deliberately took no position on Taiwan beyond saying that the future of the island should be decided by the Taiwanese people and that no change to the status quo should be made by force.

This position is markedly different from Beijing’s “one China principle” which maintains that Taiwan is an inalienable part of the PRC to one day be reunited with the mainland.

There are serious discussions among experts as to whether strategic ambiguity holds sway at a time when China is ruled by its most authoritarian leader in a generation and has modernized its military to a point where it may be able to. to invade Taiwan.

Under President Xi Jinping, China has become demonstrably more aggressive towards Taipei in recent years, and it has made the island’s capture a fundamental pledge as it seeks to hold a third term next year.

Xi also faces pressure from hard-line supporters who view Taiwan’s continued independence from the mainland as a slap in the face of the Chinese Communist Party.

Military exercises simulating an invasion have been stepped up as Chinese fighter jets and bombers now fly regularly in the Taiwan Air Defense Identification Zone.

For decades, no one believed that China had the military capacity for an amphibious invasion of Taiwan. But Taiwanese officials now fear it will soon be achievable.

A growing number of US experts argue Washington should move to “strategic clarity” – explicitly telling Beijing that the US military would respond to an invasion of Taiwan, although Washington still takes no position on the island’s status .

Those who advocate the pursuit of “strategic ambiguity” argue that a firm commitment to come to the defense of Taiwan could be disastrous, as that may well be the excuse Beijing would use to justify an invasion.

Why inflation and the U.S. policy response will be critical for markets in 2022