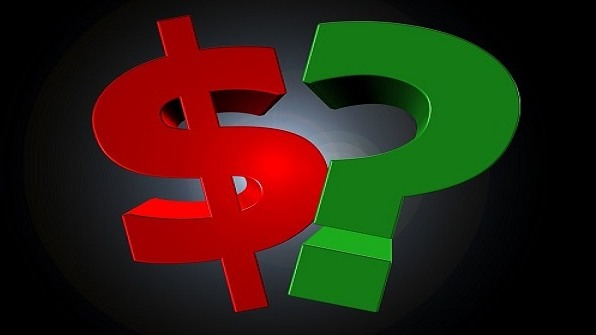 So far, it looks like the New Zealand Dollar has weathered “Putin’s War,” the Russian invasion of the Ukrainian storm that hit financial and investment markets last week.

It was somewhat surprising that the US Dollar had not strengthened on safe-haven flows in recent weeks as the Russians threatened to invade. However, the markets’ natural reaction was to buy US dollar, buy oil and sell stocks when Russian tanks crossed Ukrainian borders last Thursday.

The NZD/USD exchange rate depreciated sharply against the USD, falling from above 0.6800 last Wednesday after the RBNZ monetary policy statement to a low of 0.6630 on Thursday 24 February, as all the markets revolved around the Russia/Ukraine event which risked affecting the media.

As a rule, the reaction of the foreign exchange market to such geopolitical developments is very short-lived because the direct economic consequences often turn out to be much less than initially feared.

Admittedly, a spike in the price of WTI crude oil to over US$100 a barrel at some point is hardly positive for global economic growth. However, oil price gains were not sustained and WTI oil prices just as quickly returned to US$92 a barrel.

Global financial and investment markets regained some confidence on Friday February 25 when news arrived that the Chinese were not supporting the Russians and that Chinese state-owned banks stopped letters of credit/trade finance for Russian customers of raw materials.

The geopolitical risk would have increased further if the Chinese had stepped in to buy Russian gas or financed Russian trade after the West imposed sanctions on Russian banks.

Fortunately, the Chinese have joined the West in imposing financial sanctions on the Russians.

Over the weekend, the Germans finally agreed to back a ban on Russian banks using the SWIFT international interbank payments system after some initial reluctance.

Russians currently hold more reserves of gold and US dollars than they did at the time of sanctions and previous economic crises. However, not being able to trade their commodities with the world will have dire economic consequences and they are likely to be heavy sellers of US dollars over the next few months as they use their dollar reserves to shore up their domestic economy.

The war will continue in Ukraine, but there will be no new surprises for the markets, and they will move on to the next potential risk.

A strong rebound in equities on Friday February 25 quickly reversed the broad USD buying, allowing the EUR/USD exchange rate to return to $1.1270 from a low of $1.1100. The Aussie also quickly reversed the engines from the 0.7100 lows to bounce up to 0.7240. The Kiwi dollar follows the AUD/USD rate religiously, so the NZD/USD rate also rallied more than a cent to 0.6750.

With the turmoil in Ukraine currently at the forefront of market concerns, the US Federal Reserve is highly unlikely to be forced by geopolitical tensions to alter its plans to begin raising interest rates next month. The US dollar will not strengthen with the Fed’s interest rate hike, as this is totally expected and therefore already fully priced into the value of the dollar.

Prior to the Russia-Ukraine crisis that sent the Kiwi dollar into a short-lived tumble, the New Zealand currency was showing a slow but steady recovery after depreciating into the 0.6500s in mid-January when the more hawkish Federal Reserve drove stock markets lower and risky currencies were punished.

For the first time since October 2021, the Kiwi Dollar has seen some buying interest on its own following more aggressive monetary policy tightening by the RBNZ last week.

While the outlook for New Zealand’s domestic economy presents challenges, our higher interest rates and commodity prices remain positive influences for the Kiwi Dollar in their own right if and when offshore currency investors/traders turn away from the USD and start looking for alternatives to open bets on.

In reality, over the coming weeks/months, the likelihood of the Kiwi Dollar attracting new interest from global investors will only occur when the Reserve Bank of Australia (“RBA”) is forced to change its current monetary policy.

It seems inevitable that the growing economic evidence of rising inflation and rising wages in Australia will force the hand of the RBA sooner rather than later.

When observers such as former RBA board member Warwick McKibbin indicate that several interest rate hikes are needed this year, you have a strong feeling that the game is almost over for intransigence. of the RBA.

When the RBA finally gives the signal that it needs to raise interest rates sooner (i.e. this year), international currency investors will have the official green light to buy the Australian dollar. The RBA’s stubbornness is the only thing holding the AUD back it seems.

The counter-argument is that the RBA might be reluctant to change monetary policy so close to the Australian general election in May. Australia’s impressive economic fundamentals of superior GDP growth and large current account surpluses make the AUD a standout and attractive currency for global players looking for alternative currencies to the USD.

RBNZ again fails to tackle inflation’s ‘elephant in the room’

Despite all the analysis and explanations from the RBNZ as to why annual inflation rose to 6.00% in New Zealand, they still failed to resolve the ‘elephant in the room’ with our inflation problem, namely that core domestic inflation (non-traded goods) has been high and out of control for most of the past 15 years (see RBNZ chart below).

Local government rates and the cost of building a new home (including the cost of land) have increased by more than 4% per year for many years due to central government regulatory requirements and restrictive laws on local city land zoning.

Several other economic commentators are also realizing that the government itself is the main cause of the persistence of high non-tradable inflation. Negative or low tradable goods inflation from 2012 to 2020 (we imported deflation from Chinese manufactured consumer goods price cuts) covered and disguised the problem.

The RBNZ has become complacent about the underlying causes of inflation and seemingly oblivious to risk. Households and businesses are now paying the price in the form of significantly higher interest rates due to the RBNZ’s failure for many years to tackle the root causes of inflation in New Zealand.

*Roger J Kerr is Executive Chairman of Barrington Treasury Services NZ Limited. He has been writing commentaries on the New Zealand dollar since 1981.