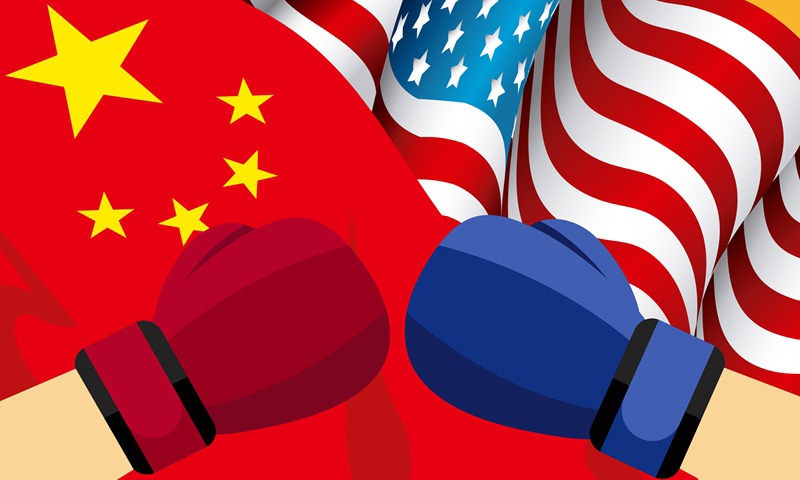 US President Joe Biden has been in office for five months now, and his administration has taken many damaging measures against China. The Chinese policy of the Biden administration is aimed at long-term qualitative change in terms of strategy.

30 years ago, the Clinton administration, which came to power in January 1993, attempted to adopt a hostile policy towards China based on anti-Communist ideology and West-centered human rights diplomacy. But China had a strong will and determination to take on the United States. He remained on the path of reform and opening up, while rising peacefully. This ultimately made the Clinton administration aware of the importance of mutual respect, of mutually beneficial cooperation between the United States and China, and that the only option for dealing with Sino-American relations was “constructive engagement.” “.

The United States’ policy of engagement with China has the following characteristics.

First, despite differences in ideology and national governance systems, China and the United States must respect each other’s governing forces, development paths, and system choices.

Third, mutual trust, commitment and cooperation between China and the United States are important supporting forces in facing their domestic and international challenges.

Fourth, the differences between the two countries are not insurmountable and decisive obstacles.

Fifth, the policy of engagement opened the door to wide, dynamic and deep exchanges between the peoples of the two countries and between two societies.

From the Clinton administration to the Obama administration, the United States’ policy of engagement with China has shaped deep and extensive economic, trade and social ties between the two countries. It has also provided strategic assurance for peace and prosperity in East Asia. In addition, the policy has helped China reach international markets and further integrate into the world. This has been one of the most important external environmental factors affecting China’s economic take-off over the past decades.

The deepening of trade and cooperation with China has also made important contributions to the stability and development of the United States. From the early 1990s to 2020, the inflation rate in the United States was kept to a low level. This is directly linked to the outsourcing of US manufacturing industry, as well as the import of industrial and domestic manufactured substitutes backed by a strong dollar. From the 1990s to the present day, China has been one of the most industrialized countries in the world. A large number of high-quality and cheap industrial products made in China have been exported to the United States. This has helped stabilize prices in the country and, to some extent, has kept American society essentially stable despite the relatively large expansion of middle and lower income groups.

But today, the Biden administration determined to abandon its policy of engagement with China? Why?

First, according to US Indo-Pacific coordinator Kurt Campbell, the current US administration believes China has become the US’s greatest strategic competitor. Washington will further shift the strategic focus of its economic interests and military might from Europe and the Middle East to Asia-Pacific. As Campbell said, “the lion’s share of 21st century history is going to be written in Asia.” Second, he said that China’s “brutal power” “sort of signals that China is determined to play a more assertive role.” Third, the United States wants to widen the gap with China and prevent it from “exploiting” the decline of the United States.

Behind the remarks, Campbell asserted that “the period that has been widely described as the engagement is over” because he fears that China’s continued growth threatens US hegemony. Moreover, Washington is still not ready to be “inclusive” towards a rising China, whether in terms of ideas, mentality or orientation of values. Moreover, in the face of the current political division and social confrontation in the United States, the Biden administration and extreme political elites in Washington are escalating the “Chinese threat theory” and the crackdown on China. They are even creating new Cold War-style enemies as one of the few “strengths” to promote cooperation between the Democratic and Republican parties in the US Congress and hope that this will consolidate various social forces.

The Biden administration once vowed that it did not want a new Cold War, but the United States’ basic approach to dealing with Sino-American relations today has revealed its unquenchable Cold War mentality. During his recent trip to Europe, to the G7 and EU-NATO summits, Biden presented the world today as a struggle between the liberalism of the Western Democratic bloc and the so-called authoritarianism of China and from Russia.

As China-US relations have reached this level, the self-proclaimed beacon of democracy that has consistently flaunted freedom, democracy and human rights has given the Chinese people and the whole world a living lesson. In the face of such an American posture, it is more important for China to walk in a stable and solid manner and not be distracted by Washington. The current test of Sino-US relations is not only about our strategic direction, but also about our strategic wisdom.

The author is professor of international relations at Nanjing University. [email protected]