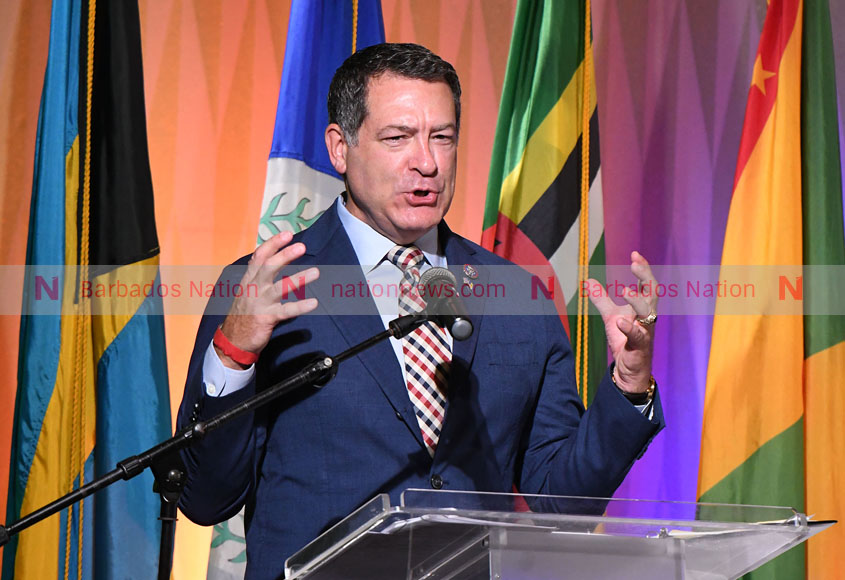 US policy has ignored the region ‘too long’ – NationNews Barbados – nationnews.com

A United States congressman has admitted that his country’s foreign policy has ignored the Caribbean for too long.

However, Republican Mark Green said if he is successful and the bipartisan House Resolution (HR) 7579 Western Hemisphere Nearshoring Act is passed, the region could benefit significantly.

Green spoke Thursday at the opening ceremony of the Upturn Funds Caribbean Investment Summit being held at the Hilton Barbados Resort.

Nearshoring is the process of hiring a team or company to provide specific business services from another location, usually a neighboring country.

Green said if passed, there could be a huge amount of investment, immigration and infrastructural improvements in Latin American and Caribbean countries.

“According to estimates by the Inter-American Development Bank, offshoring can add $78 billion a year to additional exports of goods and services to Latin America and the Caribbean in the short term.

“In 2021, Barbados’ GDP was estimated at $4.9 billion and a huge influx of capital from offshoring would mean massive growth if concentrated in countries like Barbados,” he said. added.

Without criticizing the region for engaging China, he issued a caveat.

“I don’t blame countries for their partnership with China. It is a country that has economic means, opportunities and we have no ill will, but understand that China’s investment has a price.

“However, [HR 7579] addresses investment through loans to development finance companies at ultra-low interest rates while urging countries to cut red tape, streamline permits and embrace free market principles. Bill is a win/win. This makes US supply chains less vulnerable to communist China and will create more jobs and economic growth in the Caribbean and Latin America,” the congressman said. (TG)