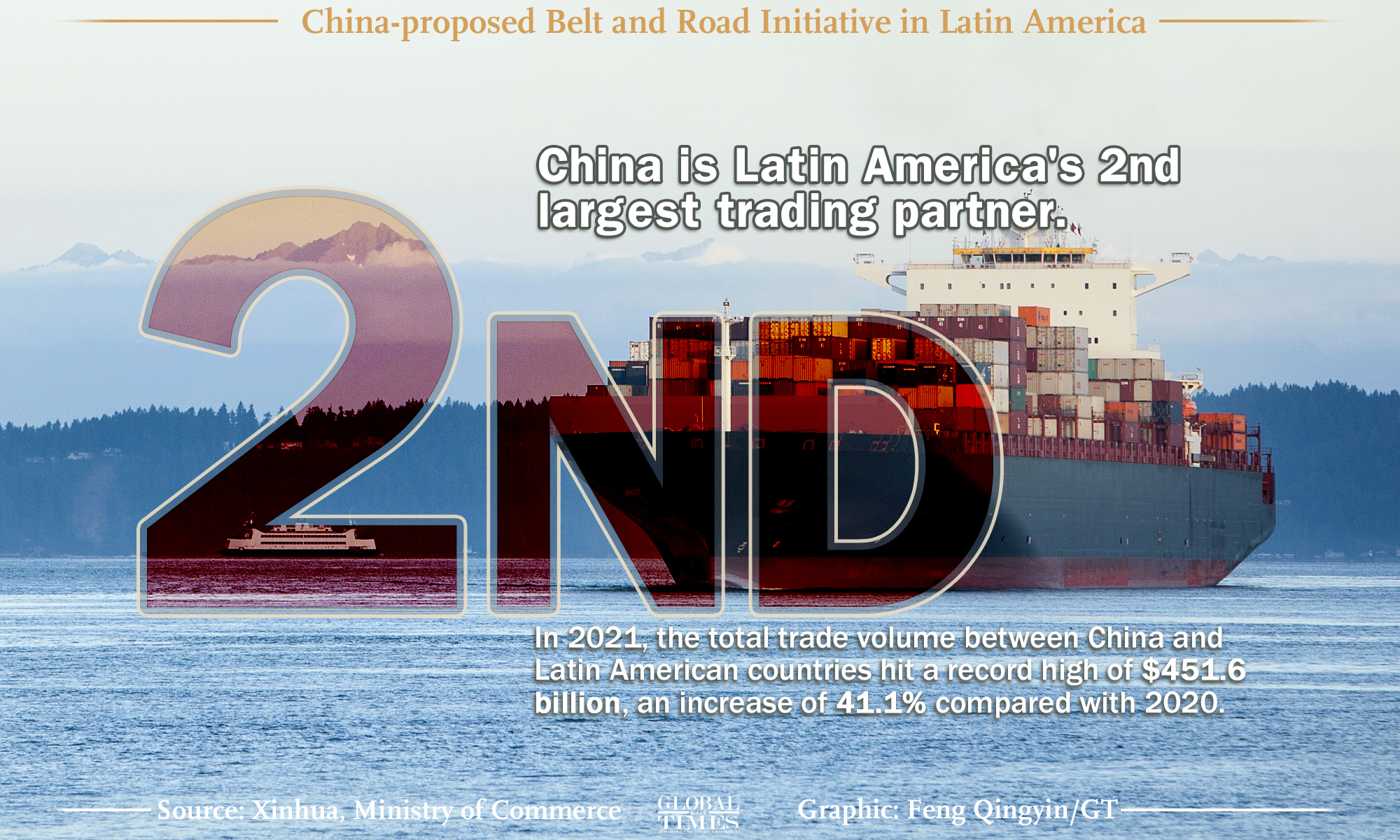 US policy experiences a major setback in Latin America; The BRI offers a counterbalance to American hegemony

For years, the domination of the United States over the world has been perceptible everywhere, but nowhere so much as in Latin America, a region historically recognized for its resources and which, under the influence of American doctrines, has concentrated in the American market. But this has hampered the diversification of markets, favoring the progressive dollarization of economies or even subjecting countries that were not aligned with their projects and political interests to blockades and sanctions.

However, since then-President Donald Trump took office, US policy has suffered a major setback in the Latin American region.

On the one hand, the constant commercial and migratory threat to which the region was subjected, as well as the active diplomatic distancing in American foreign policy, led to distrust among Latin American nations towards American imperialism. This situation became evident in the organization of the Summit of the Americas, from Monday to Friday, and the failure to promote investment projects, by both the Trump and Biden administrations.

If there’s one thing Latin America needs, it’s investment. The region is made up of countries with a vast territory endowed with natural resources, but whose populations are concentrated in large cities. This requires infrastructure projects to connect cities and, at the same time, projects that generate energy or provide large-scale services such as water treatment and sanitation, as well as connectivity for education and research.

The United States has lost its influence in Latin America because, although it knows the needs of the region, it is far from helping the region through investments or the generation of projects that facilitate these objectives. Rather, it has conditioned aid, threatened governments, or experimented with government weakening tactics, which has resulted in the strengthening of criminal gangs and governments with little room for manoeuvre.

It is for this reason that countries such as Argentina, Panama, Bolivia, Jamaica, the Dominican Republic and Peru have begun to open up to Chinese investment, which has resulted in projects for investment, financing and negotiation of commercial agreements, joining the belt. and Road Initiative (BRI), an unprecedented project that generates economic benefits, jobs and development while counterbalancing American hegemony.

Moreover, the BRI is not only limited to China’s investments in infrastructure, but also to the possible arrival of technology companies, which could help the region’s transition to 5G, the transfer of advanced technology , to technical and labor specialization, facilitating the task of getting out of vast areas marginalized from years of stagnation.

A total of 21 Latin American countries, out of more than 30 countries and regions, have joined the BRI. In February, one of Latin America’s largest economies, Argentina, also joined the initiative. Over the past two decades, Chinese investment in Latin America has exceeded $160 billion, with infrastructure projects in 25 countries.

Projects under BRI are the result of planning that has proven to have a lot of added value and vision for the future. A detailed examination of each country’s trade balance with China shows the gradual increase of Chinese presence in the economies of Latin America and the Caribbean.

The United States tried to promote the “Growth in the Americas” initiative in 2019, and it is now launching the Build Back Better World (B3W) initiative, which it presented as a reaction to the region’s problems and a response to the ravages of the pandemic.

But this new initiative is subject to the political continuity of its leader, a contrast that does not occur under China’s proposed BRI. It is evident that the stumbling blocks in the planning of the Summit of the Americas and the difficulty of the United States in projecting its B3W are a symptom of the little attention that the Biden administration devotes to Latin America, while it focuses its gaze on domestic inflation, its commercial and hegemonic affront with China and Russia. Even today, few people in Latin America really understand or know for sure what the B3W project means for the region.

The Summit of the Americas will serve as a gauge of the bilateral relationship and the vision of Latin America and the United States. On the one hand, Latin American countries have learned that if they want to be heard, it is better to act united. At the moment, Biden is looking at an embarrassing high with many absences. To reverse the situation and boast of an achievement, he must address Latin American leaders with modesty and sensitivity for the problems that historically afflict the region, leaving behind the role of “savior of the world” and acting as a generous brother who helps without expecting anything in return.

The author graduated in law from the National Autonomous University of Mexico and holds a master’s degree in comparative law from the Chinese University of Political Science and Law. He collaborates as an external consultant on issues related to law and the internationalization of companies.