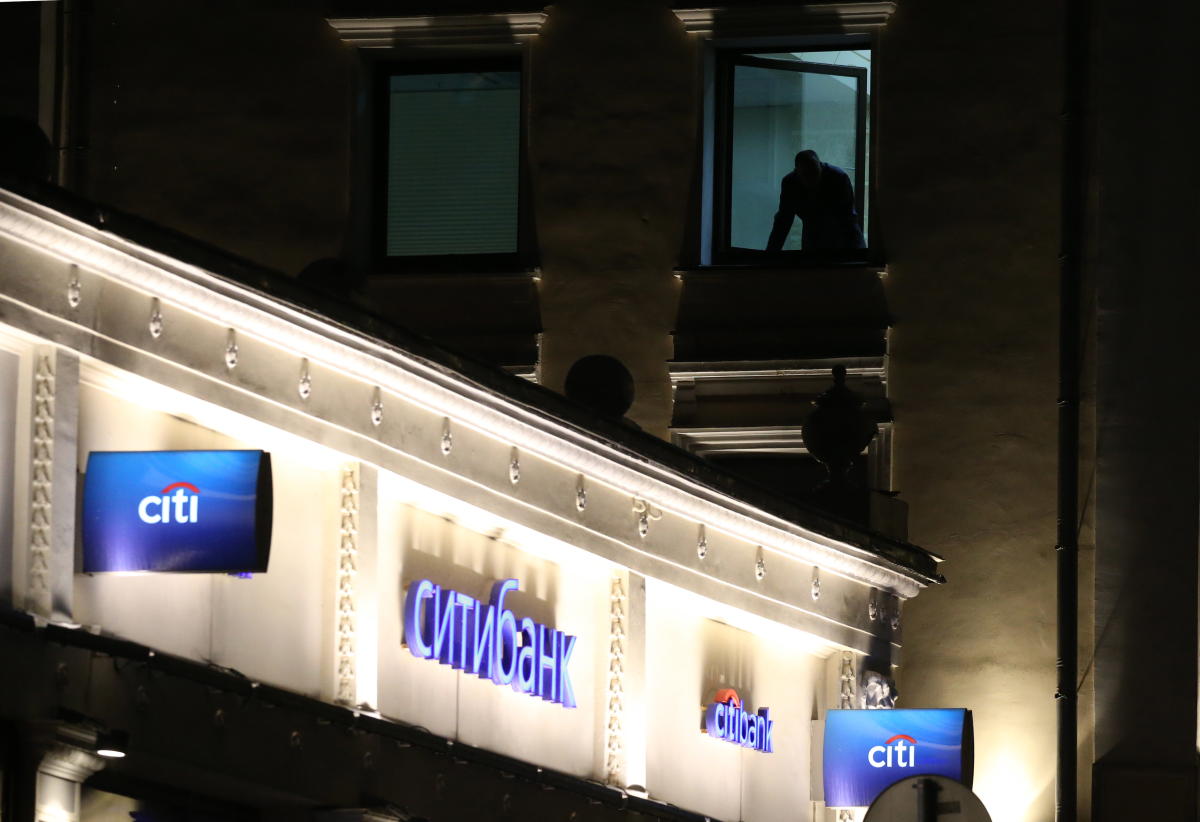 US banks are auditing their exposures to Russia as sanctions imposed on the country raise questions about the global implications of essentially blocking Russia from international financing.

But Russia’s relative size, as well as the country’s limited relationships with US companies, should contain the risk of a potential economic meltdown, according to RBC Capital Markets managing director Gerard Cassidy.

With Russia’s banks – and the country’s central bank – shut out of the global banking system, some are wondering about the ripple effects of the possible collapse of a G20 country’s economy. The country is already reeling from sanctions, with the Russian ruble devaluing more than 25% against the US dollar.

On Monday, Citigroup said it was exposed to about $10 billion in loans, government debt and other assets tied to Russia. The company has over $2 trillion in total assets.

“Citi continues to monitor the current geopolitical and economic conditions between Russia and Ukraine and will mitigate its exposures and risks as appropriate,” the bank said in its annual filing disclosing the exposure.

Annual filings from JPMorgan Chase and Bank of America did not rank Russia among the top 20 international markets by exposure. Wells Fargo, a more domestically-focused company than the other big three banks, also did not mention Russia in its annual report.

But there are forms of indirect risk to Russia that have recently become part of the financial stability conversation.

Over the weekend, Western nations announced a number of measures against Russia. In addition to partially cutting the country off from a critical global financial network known as SWIFT, the United States said it would block transactions with Russia’s Central Bank to prevent the country from defending its currency.

As the Russian ruble tumbled, the country’s central bank responded by doubling its interest rate (from 9.5% to 20%).

Lines outside Russian banks cause concern on a race for financial giants like Sberbank and VTB, both under US sanctions.

But Kenneth Rogoff, former chief economist of the International Monetary Fund, noted that a failing Russian economy is unlikely to turn into a financial crisis in the United States.

“The thing is, Russia is very big in energy markets, but it’s a dwarf in the global economy, and Ukraine is even smaller,” Rogoff told Yahoo Finance on Monday. In terms of GDP, Russia is the 11th largest economy in the world, according to at the World Bank (from 2020).

But some have raised concerns about a Lehman Brothers-like global event, where the failure of a major bank triggers a global financial crisis. Sberbank and VTB together have about $750 billion in total assets and have foreign arms throughout Central and Eastern Europe.

Credit Suisse’s Zoltan Pozsar wrote over the weekend that as Russia and its banks scramble to find US dollars, companies around the world could face substantial settlement risk.

Cassidy said even in the face of significant global financial stress, U.S. banks should be able to weather the storm.

“Global financial conditions are much stronger today than they were before Lehman,” Cassidy told Yahoo Finance on Monday. “Here in the United States, our American banking system has more than twice the amount of capital liquidity after the financial crisis.”

Brian Cheung is a Fed, economics and banking reporter for Yahoo Finance. You can follow him on Twitter @bcheungz.