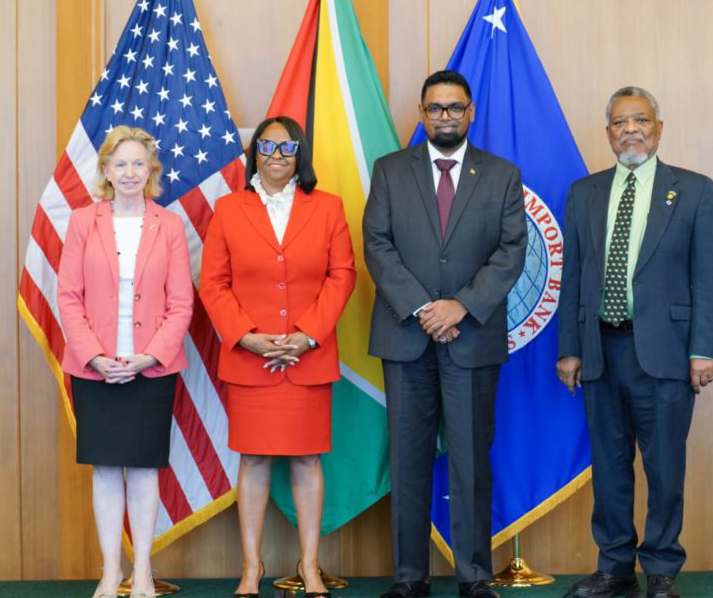 US bank offers 2 billion financing to this CARICOM nation

News Americas, NEW YORK, NY, Wednesday. July 27, 2022: A US bank has offered up to $2 billion in financing to a South American CARICOM nation.

Guyana and the United States Export-Import Bank (EximBank) on Wednesday July 27esigned a memorandum of understanding (MoU) to fund projects in Guyana – outside of oil and gas – for an initial amount of up to $2 billion.

In brief remarks after the signing, Dr Ali said the decision was “dynamic, bold and futuristic in advancing the cause of both countries”.

He said the areas identified show the broad and multifaceted nature of the bank’s leadership, noting that most investors are narrowly focused on Guyana’s oil and gas opportunities.

“We have been a leader in climate change, environment, biodiversity, food security and agriculture and we have crucial infrastructural links that can unlock the potential of our natural resources,” he said. he declares.

Dr. Ali also explained that the bank, and the US government by extension, are considered “partners of choice” because of their shared values ​​and principles.

US Secretary of State Antony J. Blinken met with the Guyanese President in Washington, DC. July 26. Secretary Blinken and President Ali discussed the importance of creating a sustainable energy future, enhancing food and energy security, protecting the environment, and promoting good governance, shared prosperity, and inclusive growth. The Secretary also highlighted the strength of our relationship and the importance of future bilateral cooperation to make progress on the region’s most pressing issues.

On the same day, U.S. Vice President Kamala Harris spoke with President Mohamed Irfaan Ali of Guyana as part of the Biden-Harris administration’s ongoing efforts to strengthen partnerships with Caribbean countries and to highlight the continued importance that the United States places on US-Guyana. relationship.

She reiterated the interest of the United States in addressing the unique vulnerabilities and pressing economic challenges facing Caribbean nations.

The Vice President and President Ali discussed the importance of a sustainable energy future. As part of this, they discussed the implementation of the U.S.-Caribbean Partnership to Address the Climate Crisis 2030 (PACC 2030), which the Vice President launched in June to facilitate the development of clean energy infrastructure. and building climate resilience in the Caribbean. The Vice President highlighted efforts to accelerate the PACC 2030 energy infrastructure development agenda by incorporating these lines of effort into the work of the U.S. and Caribbean near-term energy and finance committees. .

The Vice President noted that she looked forward to continued collaboration with President Ali in promoting inclusive democracy, economic development and security for all Guyanese, and underscored the administration’s commitment Biden-Harris to strengthen American partnerships with the Caribbean.

The news comes as Exxon Mobil Corp announced it on Tuesday, July 28ethat it has made two new oil discoveries off the coast of Guyana and that it has already surpassed its initial year-end daily production target for the CARICOM nation.

“Exxon and its partners continue to accelerate exploration, development and production activities for the benefit of all stakeholders, including the people of Guyana,” said Liam Mallon, head of upstream company at Exxon, in a press release.

Exxon has announced an average of one discovery per month this year. The two new oil discoveries – Seabob and Kiru-Kiru – bring the total number of discoveries to more than 30.

The American major said it was already producing more than the target of 340,000 barrels of oil equivalent per day (boepd) it had initially set for itself by the end of 2022 in Guyana.