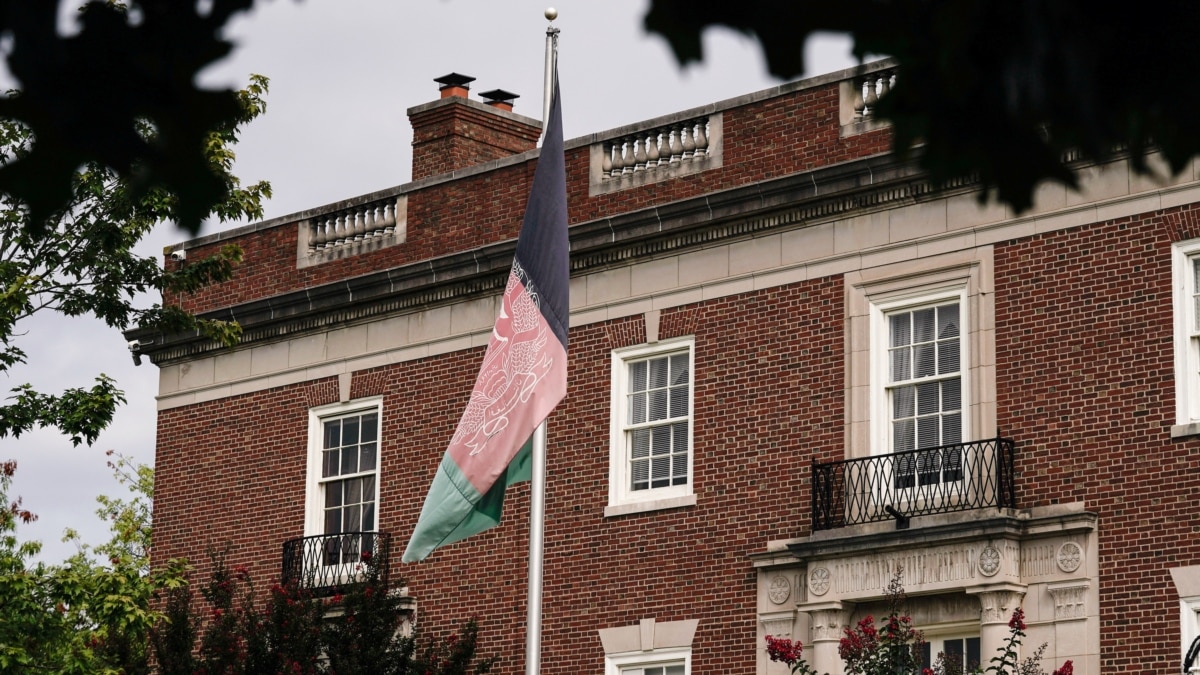 US bank freezes accounts of US embassy in Afghanistan

Diplomats from the former Afghan government who kept their jobs in the United States are grappling with a new problem: their official bank accounts have been suspended.

Two senior Afghan diplomats, who declined to be named because the matter is under discussion with US officials, confirmed to VOA that the Citibank accounts at the embassy in Washington and two Afghan consulates in the United States were suspended. since more than a month.

The Afghan mission in Washington does not receive funds from Kabul, as the Afghan capital is now under Taliban control, and it has survived so far thanks to lower consular service fees.

Consulates no longer have new passports but continue to renew expired passports. Since checks issued to cover passport renewal can no longer be made payable to the Afghan Embassy, ​​other staff members deposit blank money orders into personal bank accounts and then meet at the end of each month to account for embassy revenue.

“We have had talks with the State Department, but so far there has been no breakthrough,” an Afghan diplomat said, adding that US officials had advised diplomats against discussing the issue publicly. question.

While the government they represented collapsed more than five months ago, about 90 Afghan diplomats remain in four diplomatic posts in the United States, including Afghanistan’s permanent representative to the United Nations in New York.

The suspension of their official bank accounts negatively impacted the embassy’s financial transactions, including salaries, rent and health insurance payments, the diplomats said.

Asked about the status of the mission’s accounts, a State Department spokesperson told VOA, “There has been no change in the accreditation status of Afghan mission members,” but did declined to comment on account suspensions.

The United States does not recognize the Taliban’s self-proclaimed Islamic emirate as the official government of Afghanistan, but US officials have met with Taliban officials in Qatar, Norway and elsewhere.

“As we seek to address the humanitarian crisis with allies, partners and relief [organizations]”U.S. Special Envoy for Afghanistan Thomas West said before meeting Taliban Foreign Minister Amir Khan Muttaqi in Oslo on Sunday. “We will pursue lucid diplomacy with the Taliban regarding our concerns. and our abiding interest in a stable, rights-respecting and inclusive Afghanistan.

Analysts say the US approach has confused Afghans trying to sort out visa and logistical issues, leaving them in limbo.

“Not thinking about the ramifications and implications of having these two parallel governance structures in place at the same time is a completely wrong approach,” said Candace Rondeaux, an expert with Washington-based think tank New America.

“I think the United States has been confused about Afghanistan for a long time,” said Jennifer Murtazashvili, an expert at the Carnegie Endowment for International Peace, adding that the United States will need a functioning Afghan mission to manage services. consular officers for the tens of thousands of people. Afghans brought to the United States since the collapse of the former Afghan government.

The loss of bank accounts is the latest blow to the Afghan diplomatic mission, which is already suffering from severe financial restrictions.

Calls to the embassy are being directed to a voicemail system as all local staff have been laid off, and diplomats say they have been working intermittently on a voluntary basis and without pay for two months.

The embassy in Washington, like many other Afghan diplomatic missions around the world, has refused to work with the Taliban foreign ministry, and diplomats say they represent the former Islamic Republic of Afghanistan.

Despite repeated calls by the Taliban for recognition of the Islamic emirate as the de facto government of Afghanistan, no country has yet officially taken steps to recognize the regime.

At least three Afghan diplomats who worked at the embassy in Washington have requested asylum in Canada and the others are exploring long-term options, the two diplomats said.

“Obviously we cannot go back to Afghanistan,” said one of the diplomats, adding that his diplomatic visa was due to expire in December. “We are looking for a solution for the future of all our diplomats here.”

Anticipating their move, the US Citizenship, Immigration and Customs Enforcement Agency announced specific steps for Afghan diplomats to change their status in the United States.

“If you are an Afghan national who entered the United States as an A-1, A-2, G-1, or G-2 nonimmigrant; were performing diplomatic or semi-diplomatic duties on July 14, 2021; and are seeking a green card under Section 13, you can file Form I-485, Application to Register Permanent Residence or Adjust Status, at no cost,” a public notice on USCIS website.