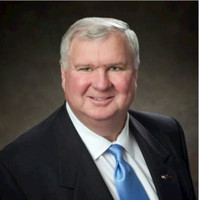 US Bank regional manager Bill Jones has announced his retirement after 37 years with the bank. Most recently, Jones oversaw the US Bank Community East division for Consumer and Business Banking, an eight-state region that includes his home state of Kentucky.

A 1977 graduate with honors from Western Kentucky University in Bowling Green, where he earned a degree in accounting and business administration, Jones began his career at U.S. Bank in 1985 as chief financial officer of the holding company publicly traded bank, CBT Corporation, and its main bank Citizens Bank & Trust in Paducah, assuming the role of President and CEO in early 1992. CBT Corporation was later sold to Mercantile Bancorporation in the late 1990s , which was later consolidated under the US Bank brand.

From 1977 to 1982, Jones earned the distinction as a certified public accountant, working for Ernst and Young in Louisville. Prior to becoming CFO of CBT Corporation, Jones served as CFO of a private company based in Louisville.