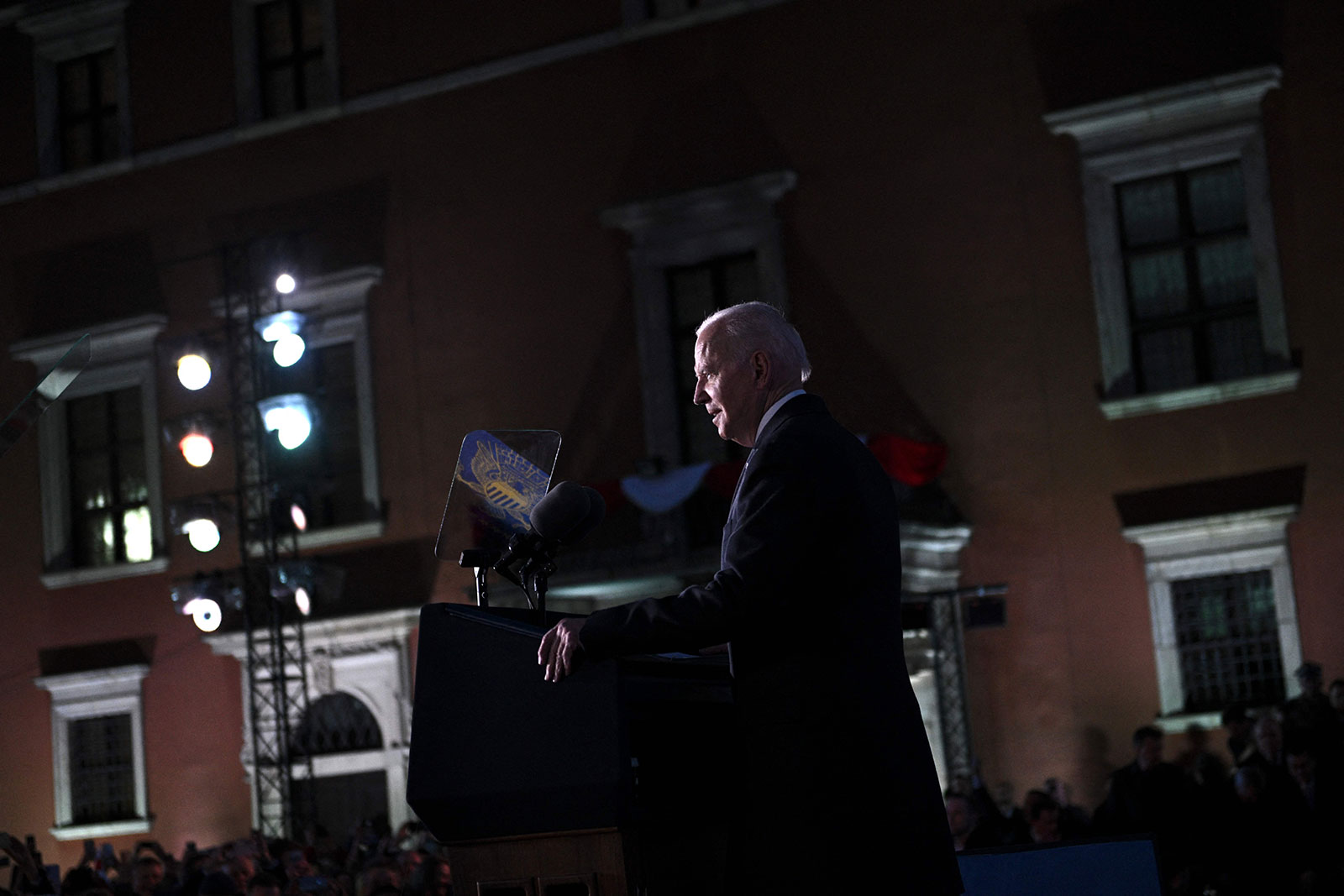 The administration of US President Joe Biden continued on Sunday to clean up his off-the-cuff remark that Vladimir Putin “cannot stay in power”, made on his last day in Europe.

Julianne Smith, the US ambassador to NATO, called Biden’s startling comments a “principled human response”, after spending the day witnessing the tragedies of war, when he visited hundreds of Ukrainian refugees, in an interview Sunday with CNN’s Dana Bash. on the “State of the Union”.

“He went to the National Stadium in Warsaw and literally met hundreds of Ukrainians. He heard their heroic stories as they fled Ukraine following Russia’s brutal war in Ukraine. At the time, I think it was a principled human reaction to the stories he heard that day.”

Yet, Smith said, “the United States has no policy of regime change in Russia, period.”

His comments come hours after Secretary of State Antony Blinken also tried to downplay the president’s remarks while in Israel, saying, “I think the president, the White House, argued last night that, quite simply, President Putin cannot be empowered to wage war or engage in aggression against Ukraine or anyone else”.

Asked by Bash to clarify whether the United States thinks Putin should stay in power, Smith pivoted to the White House talking point that “the entire administration, including the president, believes we can’t empower Putin at this time to wage war in Ukraine or to continue such acts”. of aggression.”

Smith did not agree that White House officials’ rapid response to the president’s comments shows his aides are undermining him on the world stage, but instead said officials “feel good” about the instant trip. Of the president.

Jamie Dimon, US Bank and BMO show that value is a buyer-led construction