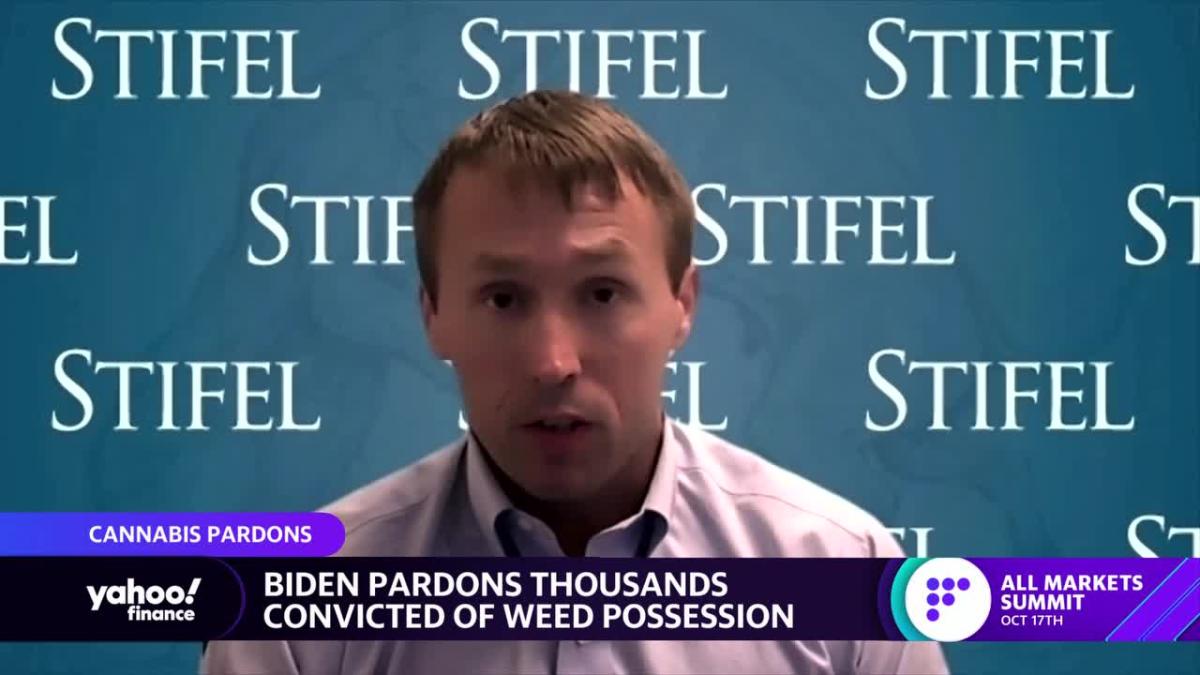 By Jeff Mason and Doina Chiacu

WASHINGTON, Oct 6 (Reuters) – President Joe Biden took steps to overhaul U.S. marijuana policy on Thursday by pardoning thousands of people convicted of federal offenses for simple possession of marijuana and launching a review of the classification of marijuana. Drugs.

Biden said thousands of people who have already been convicted by the federal government could be denied job, housing or education opportunities and that his executive action would mitigate those “collateral” consequences.

Biden’s move fulfills a campaign promise and should appeal to members of his left-leaning political base ahead of November’s midterm elections in which the president’s Democratic colleagues are pushing for control of the House of Representatives and Senate.

“Too many lives have been disrupted because of our failed approach to marijuana. It’s time we righted those wrongs,” Biden said.

Shares of cannabis producers and sellers jumped on comments from Biden, with Tilray Brands and Canopy Growth both jumping more than 20%.

The results of a classification review could have wide ramifications. Currently, the drug falls under the same classification as heroin and LSD and is in a higher classification than fentanyl and methamphetamine, the president said.

If marijuana classification were to become more flexible at the federal level, it could allow major exchanges to list companies that trade in cannabis and potentially allow foreign companies to start selling their products in the United States.

While many states have legalized the medical or recreational use of cannabis, the substance remains illegal under US federal law, causing most major banks to deny their services to cannabis-related businesses.

The issue has forced US marijuana companies to trade their shares over-the-counter or by listing them in Canada, with Nasdaq and the New York Stock Exchange banning them from listing.

The president’s action drew praise from some members of Congress.

“The Progressive Caucus applauds this action by President Biden today to advance criminal and racial justice,” Rep. Pramila Jayapal, who chairs a group of left-wing lawmakers, said in a statement.

Biden said he directed Attorney General Merrick Garland to develop an “administrative process” to issue pardon certificates to those who are eligible.

“The Department of Justice will promptly administer the President’s Proclamation, which pardons those who engage in simple possession of marijuana, restoring the political, civil and other rights of those convicted of this offense,” the department said in a statement. communicated.

Biden said some rules should remain in place even as regulations across the country have eased.