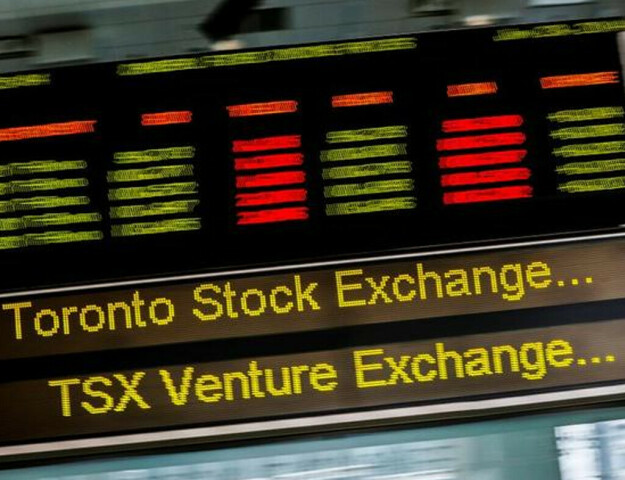 Canada’s main stock index fell on Wednesday, with technology and financial stocks leading the declines, as investors worried about the prospect of aggressive policy tightening by the U.S. Federal Reserve to fight inflation.

On Wall Street, the Nasdaq led declines for a second straight day, ahead of March Fed meeting minutes that could indicate how quickly and how far policymakers would proceed to reduce a massive balance sheet and increase interest rates.

The information technology sector fell the most among the 11 major sectors in Canada, with a decline of 4.3%.

The valuations and yields of growth and technology stocks are heavily discounted when rates rise.

“It’s a bad mood. The stock market doesn’t like rising interest rates, too high inflation, recession and war. So you have four big uncertainties and no one can talk about anything positive at the moment – that sentiment will have to play out until the end,” said Barry Schwartz, portfolio manager at Baskin Financial Services.

“It’s just the speed of moves in the Treasury markets and the fact that there’s still no continued resolution in Russia, the markets are now starting to price in much slower growth going forward.”

Artillery pounded key towns in Ukraine, as its president urged the West to act decisively by imposing tougher new sanctions in preparation against Russia. Separately, the Kremlin has said peace talks with Kyiv are not progressing as quickly or vigorously as it would like.

The financials sector fell 0.7%, with Bank of Nova Scotia and Toronto-Dominion Bank among the top-traded stocks. The industrial sector fell by 1.5%.

Tilray Inc, which jumped 10.3% after the cannabis producer reported a third-quarter profit from a year-ago loss, was the biggest percentage gainer on the TSX.

Across all Canadian issues, there were 19 new 52-week highs and 59 new lows, with total volume of 92.73 million shares.

Russia prevented from paying its debt with American bank funds