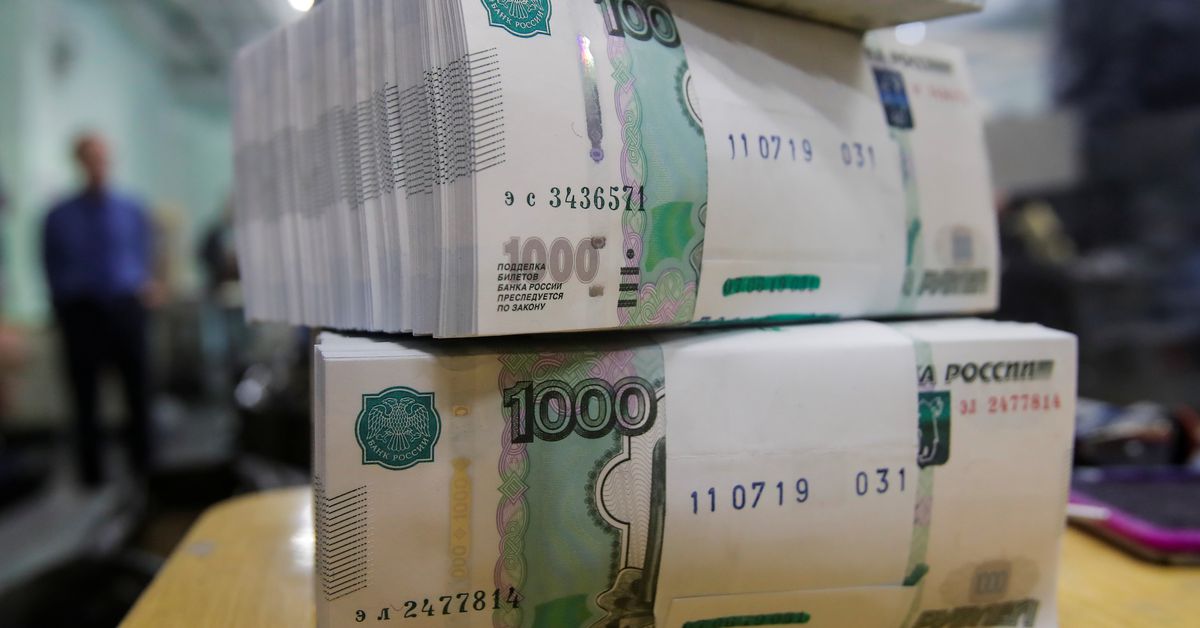 Troubled Russian bonds could be recouped, with some touting steep loan discounts

Russian bond prices have fallen to record lows since Moscow invaded Ukraine as investors worry about their ability to pay due to coordinated Western sanctions. The United States has taken the lead in sanctions to limit the flow of Western money and harm the Russian economy, while Ukraine has called for a boycott of Russian energy exports.

Russia’s hard-currency sovereign bonds were mostly trading well above par until mid-February, as investors ignored Moscow’s troop build-up on the Ukrainian border and US warnings that a invasion was imminent. Since then, the decline has been rapid, with longer-term issues now quoted at around 20 cents on the dollar, although trading has all but come to a standstill. ,

The Ukraine crisis has raised the specter of Russia’s first major default on foreign sovereign bonds since the years following the 1917 Bolshevik Revolution. Russia said on Sunday that payments would depend on Western sanctions. Read more

But in a March 4 note to clients, a team of JPMorgan strategists led by Zafar Nazim said their top pick was Lukoil bonds (LKOH.MM) because the energy giant had significant standalone international operations. , which generated $3.5 billion in profits in 2021, and relatively low external debt.

In the note, titled “If Ifs-And-Buts-Were-Candy-And-Nuts Recovery Analysis,” JP Morgan strategists said investors could realize huge returns if the company pays down debt.

Two banking sources said there was some secondary market activity for some distressed Russian corporate loans last week, with some market participants trying to trade the paper at a discount.

While the sanctions make it virtually impossible to trade a sanctioned Russian entity and ruble-denominated assets, Western investors can still trade bonds of non-sanctioned Russian companies that have dollar bonds.

Lukoil bonds, traded at an average price of 32 cents to the dollar on Friday, with bid-ask spreads of around 10 cents indicating a highly illiquid market. The JPMorgan strategist said they could recover up to 100 cents on the dollar.

“Our analysis is based on the recovery of international transactions, supplemented by a potential claim on international receivables,” the strategists wrote.

Russian companies are currently not prohibited from making payments to foreign owners of their debt, and many earn significant foreign currency from export sales.

But that could change if the Russian government imposes restrictions, or if companies’ financial conditions deteriorate or they become reluctant to pay, which could lead to an “event of default (EoD)”.

“An EoD by Russian issuers is high risk, although some issuers with significant international operations (e.g. Lukoil) could continue to service debt,” the strategists said.

JPMorgan strategists added that paying off bonds currently due, including one from gas giant Gazprom, would not necessarily mean other borrowers would also pay.

An investment company, which held part of Gazprom’s $1.3 billion bond maturing on Monday, received full payment in US dollars, a person at the company said.