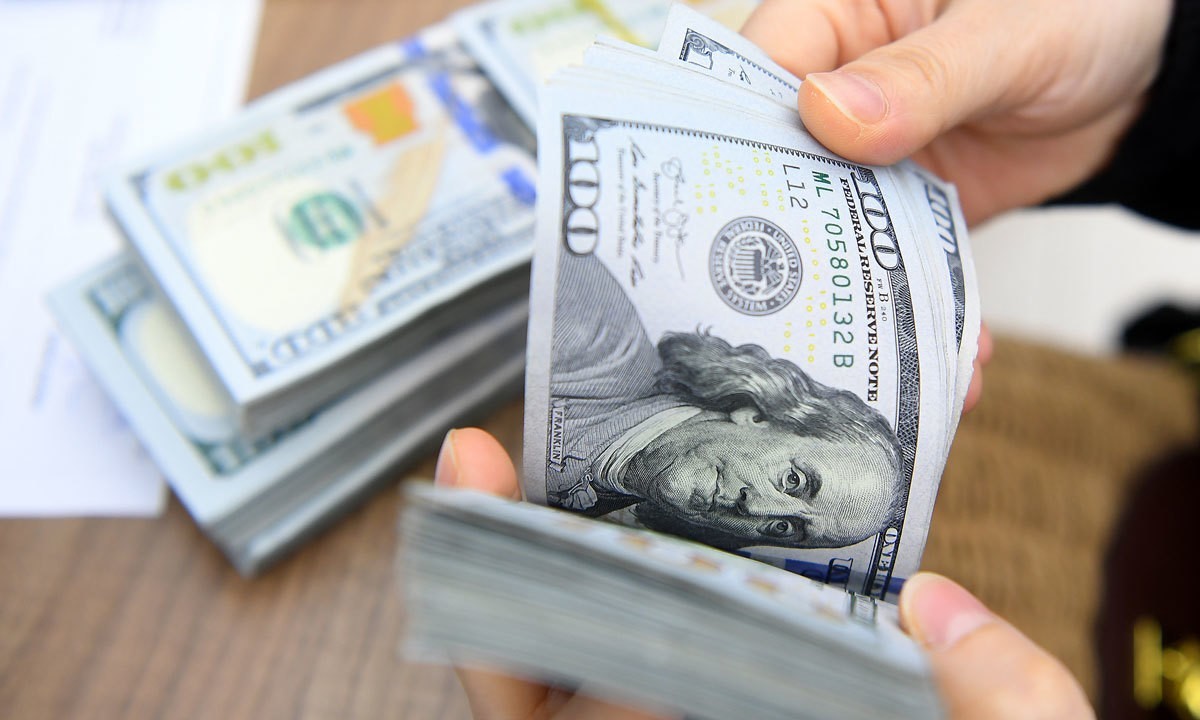 A worker counts Vietnamese banknotes at a bank in Hanoi. Photo by VnExpress/Giang Huy

The US Dollar continued its recent rally, hitting an all-time high near VND24,000 at some banks on Thursday.

Vietcombank, the country’s largest lender, sold the greenback for 23,950 VND, up about 4.5% from the start of this year.

This is the rate that lenders ACB and Eximbank announced on the same day. At VietinBank, the listed price was 23,975 VND. Techcombank, the country’s largest private lender, raised the exchange rate to 23,990 VND. Sacombank kept the rate at 23,980 VND.

The dollar’s rise since late August has caused the Vietnamese dong to depreciate by at least 1.5% over the past month.

One dollar was sold between 24,200 and 24,290 VND on Thursday at unofficial exchange points, unchanged from Wednesday.

The ceiling on interest rates on deposits, with terms ranging from 1 month to less than 6 months, would be raised by 1 percentage point to 5% per year.