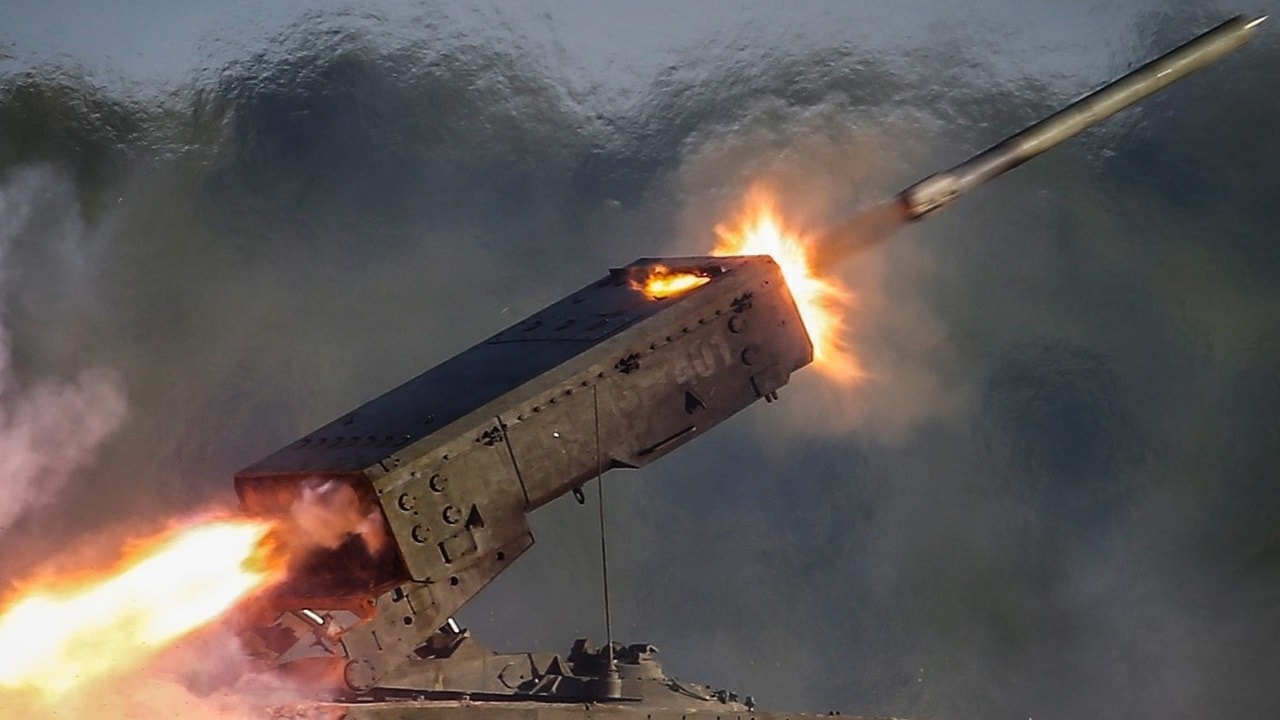 It’s time to change America’s war policy towards Kyiv – before Ukraine loses even more territory – On Wednesday afternoon, the governor of Luhansk announced that the Ukrainian Armed Forces (UAF) had been driven out of Severodonetsk and now held only parts of the city’s outskirts. Russian troops continue to threaten Bakhmut in the west, which is the last major city through which Ukrainian troops and supplies can be sent to Severodonetsk and Lysychansk. If that falls, around 10,000 Kyiv defenders will be cut off. The entire northern shoulder of the Donbass fight is dangerously close to falling to Putin’s troops.

The Russians also increased the pressure on the Ukrainians from the Izyum front, endangering another pocket of Zelensky’s troops in the Slaviansk and Kramatorsk salient. After taking Popasna weeks ago, Putin’s troops continue north from there to try and cut off Ukrainian supply routes to Severodonetsk, while driving south from Izyum in an attempt to close the ring and trap eight to ten thousand additional UAF soldiers.

Yet just days ago, after personally visiting the front, Ukrainian President Volodymyr Zelensky told Western reporters that his troops still had “every chance” of winning the battle for Severodonetsk. While optimism and hope can be essential catalysts in a war, leaders must also make sober and precise decisions. Already, reports are beginning to emerge that Ukrainian troops in the Donbass are beginning to express doubts about their military leaders – the Telegraph claims leaked intelligence reports from Kyiv admit that Ukrainian units suffer up to 600 casualties in total per day (100 killed and 500 wounded) and now the desertions are multiplying.

Ukrainian troops have fought heroically and fiercely since war was imposed on them in February. They performed well above what virtually everyone thought they would. However, courage and tenacity alone will not determine the outcome of a war. Many experts predict that the war will deteriorate into a long-term war of attrition that could last for years. It is not entirely clear, however, that the Ukrainian side can continue to offer effective resistance for a long enough period to make a multi-year war of attrition possible. It’s also unclear whether the rest of the world can endure a long-term war of attrition.

The World Bank issued a warning on Tuesday that the war in Ukraine has “amplified the slowdown in the global economy, which is entering what could become a prolonged period of low growth and high inflation.” The United States was already suffering from the worst inflation in the four decades before the war, and continued external pressures will only exacerbate the problem.

Then there is energy. With the near total European embargo on Russian petroleum products, the price of oil remains at a decade high – above $120 a barrel on Thursday – with no end in sight. Europe has spent months storing gas and oil and can ride out the short-term cut. But this fall and winter, when storage bins run out, Europe’s economy could be hit hard.

However, perhaps the worst problem this war can inflict on the world lies in something more fundamental: food security. Russia and Ukraine combined to supply more than 30% of the world’s wheat and barley supply before the war. The vast majority of the Ukrainian harvest was prevented by Russia from being exported, and considerable portions of the Russian harvest were sanctioned. The result is a severe shortage of these vital commodities on the world market. The effects are felt particularly acutely in Africa, where the war in Ukraine is literally putting millions of households at risk of starvation.

The United States is also not immune to these cascading costs. Gasoline prices have skyrocketed since the start of the war – topping an average of $5 gallons on Thursday – and there is little the government can do to reduce costs for consumers in a lasting way. An already fragile economy is under enormous pressure, as industry stalwarts such as JP Morgan Chase’s Jamie Dimon warn of an impending economic ‘hurricane’. Even US grocery prices are steadily rising.

As I explained in a new military analysis published Thursday, the balance of power between the Russian and Ukrainian armed forces continues to tilt in favor of Moscow. The Kremlin’s advantages in manpower, artillery, air defense, rocket forces and air power continue to grow.

This imbalance translates into ever greater territorial gains for Putin’s troops in the fight for Donbass, which could soon see another major city, Sievierodonetsk, fall. The UAF cannot continue to suffer losses of men, material and territory at this rate and continue to defend itself successfully. It is time for American policy on war to change to reflect these emerging realities.

If there was a legitimate chance that US military support could turn the tide of the war in favor of Ukraine, at a reasonable cost and without risk of escalating the conflict, it might make sense to continue arming the Ukraine. The conditions on the ground in Ukraine, however, make it clear that the chances of Kyiv defeating Moscow’s troops are now approaching zero. It is now appropriate for Washington to consider shifting its focus from providing general military support to one that prioritizes the search for a negotiated settlement.

With Ukraine at a 40-1 disadvantage in artillery ammo, there is little Kyiv can do to stop the UK’s onslaught into Donbass. I explain what it means @MariaBartiromo on @MatinsMaria @FoxBusiness for @defpriorities https://t.co/6GNU51L8GS

No doubt most Westerners and all Ukrainians find this prospect unthinkable, but the realities on the ground demand such consideration. Failure to seek a negotiated settlement now while continuing to fight for a complete military victory greatly increases the risk that Kyiv will lose even more cities, suffer the deaths of tens of thousands more civilians (and an equal number of soldiers), and in the end having to negotiate a deal worse than what is currently possible.

Today, Kyiv still fully controls Kharkiv and Odessa. If the fighting continues during the summer, it is also not certain that they will last. Likewise, the economic pressure that war continues to place on the American and European economies, the threat to food security for hundreds of millions of people in Africa, and the ever-present risk of military escalation all demand a change in our approach. of the war.

Every week we ignore that Ukraine’s worsening situation in its war with Russia is compounding the cost to all of us.

Now contributing editor in 1945, Daniel L. Davis is a Senior Fellow for Defense Priorities and a former US Army Lt. Col. who deployed four times to combat zones. He is the author of “The eleventh hour in 2020 in America. Follow him @DanielLDavis