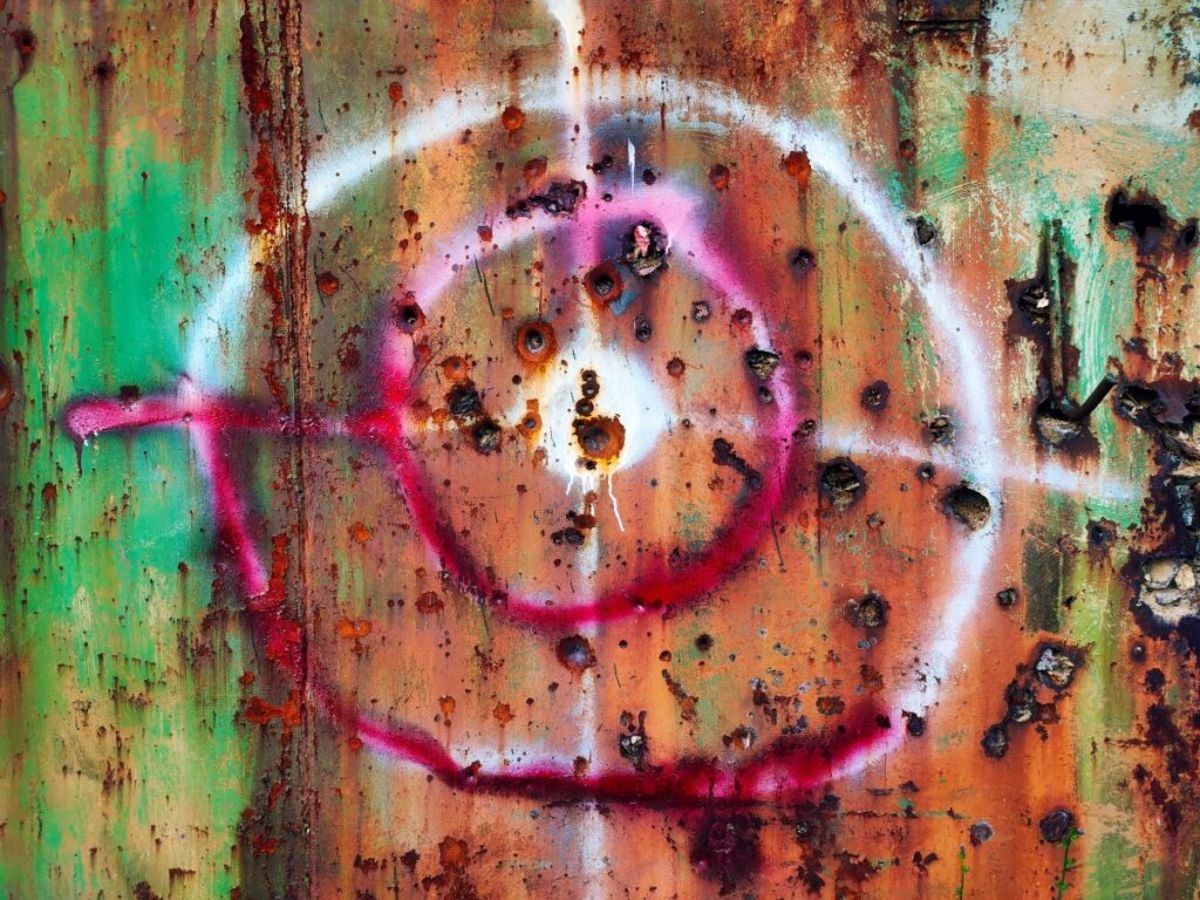 The end point of American policy, from Ukraine to Taiwan

“It’s not going to be a war between Ukraine and Russia. It’s going to be a European war, a full-fledged war. So spoke Ukrainian President Volodymyr Zelensky just days after scolding the United States for beating the drums of the war.

It’s not hard to imagine how Zelensky’s words must have fallen on those attentive European ears. His warning surely conjured up images of World War II when tens of millions of Europeans and Russians perished.

Zelensky’s words echoed those of Philippine President Rodrigo Duterte halfway around the world, on the eastern edge of the great Eurasian landmass: “When elephants fight, it’s the grass that gets trampled. ” We can be sure that Duterte, like Zelensky, had World War II in mind, which also claimed the lives of tens of millions of people in East Asia.

The United States is stoking tensions in Europe and East Asia, with Ukraine and Taiwan being the current hotspots on the doorstep of Russia and China, which are the targeted nations. Let’s be clear from the start. As we will see, the end point of this process is not for the United States to fight Russia or China, but to watch China and Russia fight with neighbors until both are ruined. sides. The United States must “lead from behind” – as securely and from a distance as possible.

The goal of the United States is crystal clear – it sees itself as the outstanding nation and has the right to be the number one power on the planet, eclipsing all others.

Why should the American elite and its media pour out a constant stream of anti-China and anti-Russia invective? Why NATO’s steady eastward march since the end of the first Cold War? The goal of the United States is crystal clear – it sees itself as the outstanding nation and has the right to be the number one power on the planet, eclipsing all others.

This objective is most explicitly stated in the famous Wolfowitz Doctrine written shortly after the end of the first Cold War in 1992. It proclaimed that “the primary objective of the United States is to prevent the re-emergence of a new , either on the territory of the former Soviet Union or elsewhere…”. He said no regional power should be allowed to emerge with “sufficient power and resources to generate global power”. He candidly stated “we must maintain the mechanism to deter potential competitors from the same budding to a greater regional or global power. (underlined, jw)

The Wolfowitz Doctrine is just the latest in a series of such proclamations that have proclaimed global dominance as the goal of American foreign policy since 1941, the year before the United States entered World War II. . This lineage is clearly documented in Stephen Wertheim’s book from the Quicny Institute “Tomorrow, the world: the birth of the world supremacy of the United States.”

Consider first China, then Russia, the United States’ first target. The Chinese economy is number one in PPP-GDP terms according to the IMF and has been since November 2014. It is growing faster than the US economy and shows no signs of slowing down. In a sense, China has already won by this metric since economic power is the ultimate basis of all power.

But what about a military defeat by China? Can the United States, with its present vastly superior armed forces, achieve this? The historian, Alfred McCoy, answers this question as most do today, with a clear “no”:

“The most volatile flashpoint in Beijing’s grand strategy to break Washington’s geopolitical grip on Eurasia lies in the contested waters between China’s coast and the Pacific Rim, which the Chinese call ‘the first channel’. of islands”.

“But China’s obvious advantage in any fight against this first Pacific island chain is simply distance. … The tyranny of distance, in other words, means that the United States’ loss of this first chain of islands, as well as its axial anchorage on the Pacific coast of Eurasia, should only be a matter of time.

Certainly, the American elite recognizes this problem. Do they have a solution?

Moreover, this is not the end of the “problem” for the United States. There are other powerful countries, such as Japan, or rapidly growing economies in East Asia, by far the most dynamic economic region in the world. These will also become peer competitors, and in Japan’s case it was a competitor before World War II and through the 1980s.

A clue comes from Joe Biden’s response to both the tension over Taiwan and that over Ukraine. Biden has repeatedly said he will not send US combat troops to fight Russia over Ukraine or to fight China over Taiwan. But he will send equipment and weapons and also “advisers”. And here, too, the United States has other peer competitors, notably Germany, which has been the target of American tariffs. Economist Michael Hudson sums it up succinctly in a penetrating essay: “America’s real adversaries are its European and other allies: America’s goal is to keep it from trading with China and Russia.

Such “difficulties for the United States have been resolved once before – in World War II. One way of viewing World War II is that it was a combination of two major regional wars, one in East Asia and the other in Europe. In Europe, the United States had little involvement while Russia, the core of the USSR, fought against Germany, suffering serious damage to life and economy Germany and Russia were economically basket case cases at the end of the war, two countries in ruins.

The United States provided weapons and equipment to Russia, but was only very little involved militarily, entering the game only late. The same thing happened in East Asia with Japan playing Germany and China playing Russia. Japan and China were devastated in the same way as Russia and Europe. It was not an unconscious strategy on the part of the United States. As Harry Truman, then a senator, said in 1941: “If we see that Germany is winning the war, we must help Russia; and if this Russia is winning, we must help Germany, and thus let her kill as many people as possible.. . ”

At the end of it all, the United States became the strongest economic and military power on the planet. McCoy puts it:

“Like all past imperial hegemons, US global power has also been based on geopolitical dominance over Eurasia, which is now home to 70% of the world’s population and productivity. After the Axis alliance of Germany, Italy and Japan failed to conquer this vast landmass, the Allied victory in World War II allowed Washington, as the historian John Darwin Put theto build its “colossal empire…on an unprecedented scale”, becoming the first power in history to control strategic hubs “at both ends of Eurasia”.

“As a crucial first step, the United States formed the NATO alliance in 1949, establishing major military installations in Germany and naval bases in Italy to ensure control of the western part of Eurasia. After its defeat of Japan as the new lord of the world’s largest ocean, the Pacific, Washington dictated the terms of four key mutual defense pacts in the region with Japan, South Korea, the Philippines and the United States. Australia and thereby acquired a vast array of military bases along the Pacific coastline that would secure the eastern end of Eurasia. To tie the two axial extremities of this vast landmass into a strategic perimeter, Washington surrounded the southern rim of the continent with steel chainsincluding three navy fleets, hundreds of combat aircraft and, more recently, a series of 60 drone bases stretching from Sicily to the peaceful island of Guam.

The United States was able to become the dominant power on the planet because all of its competing peers were ruined by the two great regional wars in Europe and East Asia, wars grouped under the title of World War II.

It’s pretty clear that such a replay of World War II will benefit the United States. During World War II, while Eurasia suffered tens of millions of deaths, the United States suffered an estimated 400,000 – a terrible toll to be sure, but nothing like that seen in Eurasia. And with the economies and territories of Eurasia, East and West, in ruins, the United States will emerge atop, in the seat of the catbird, and able to dictate its terms to the world. WWII redux.

But what about the danger of nuclear war arising from such conflicts? The United States has a history of nuclear “tight-rope mastery,” dating back to the earliest post-war days. This is a country that has shown itself willing to risk a nuclear holocaust.

Are there American decision-makers criminal enough to carry out this policy of provocation until the end? I will leave it to the reader to answer.

The peoples of East and West Eurasia are the ones who will suffer the most in this scenario. And they are the ones who can stop the madness by living in peace with Russia and China rather than serving as cannon fodder for the United States. remain powerful. Germany and many other countries are after all occupied by tens of thousands of American soldiers, their media heavily influenced by the United States and by the organization that commands European troops, NATO, under American command. In which direction will he go?

In East Asia, the situation is the same. Japan is the key but the hatred of China among the Elite is intense. Can the Japanese people and the other peoples of East Asia stop the march towards war?

Some say that a two-pronged conflict like this is a self-transcendence of the United States. But certainly, if war rages on or near the territories of Russia and China, there is little chance that one can help the other.

Considering the power of modern weapons, this impending world war will be far more damaging than World War II. The crime that is about to be unleashed is almost beyond comprehension.

Spain’s imprint on US coins