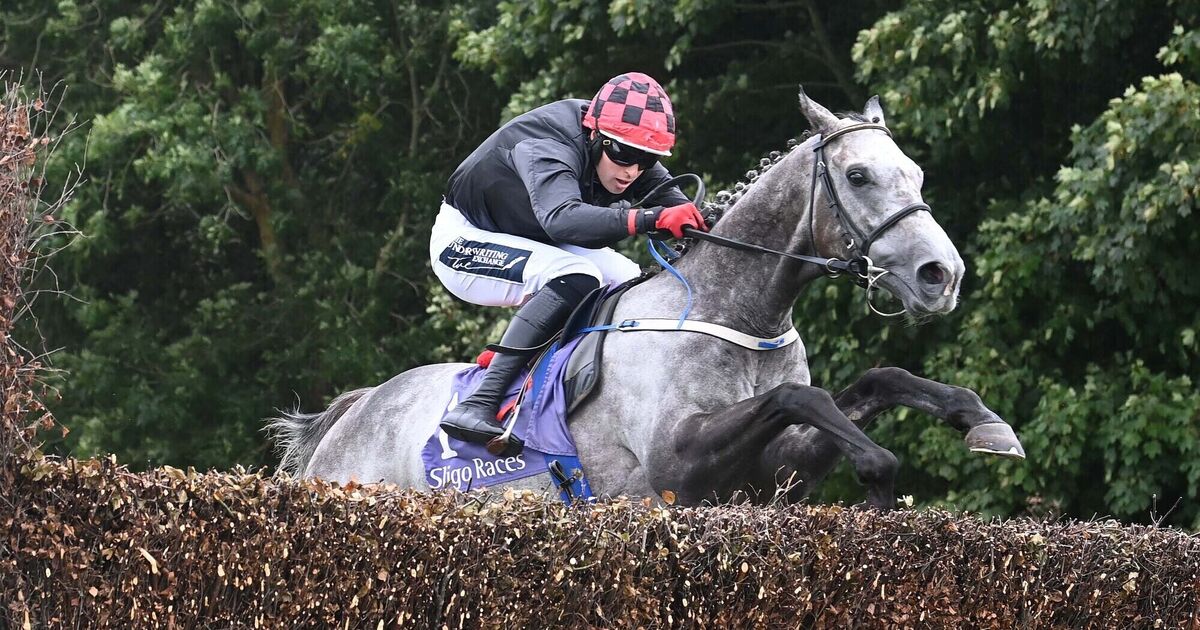 Keith Donoghue and the eccentric but talented Dollar Value proved to be the stars of the annual meeting of all Sligo hunters, the heavyweight-defying partnership, in style, in the Frank O’Beirne Memorial Handicap Chase.

Dollar Value, trained by Tom McCourt, who was recording his eleventh career hit, provided Donoghue with the middle leg of a spectacular hat-trick, with the other legs provided by the pair formed by Gavin Cromwell, Faith Du Val and Broken Ice.

Seven-year-old Dollar Value, who lifted a whopping 14lbs for a recent searing victory at Downpatrick, has caused trouble off the start in the past but jumped with his six rivals, smashing his way into the lead after the third and, jumping impeccably, dominated from this point, pursued by Bold Emperor, until breaking free between the last two fences to score, hard held back, by ten lengths.

“He’s in a great vein of form and again jumped well for Keith, who is a great jumper,” McCourt said. I will probably go to Year 2 at Gowran in early October and then the plan is to go to the November meeting at Cheltenham before he gets his winter break.

Donoghue had started the day with a bang, aboard Faith Du Val, who won her first hurdle at this track 13 months ago, in the Irish Stallion Farms EBF Mares Beginners Chase, left clear by the final closing start of the closest pursuer Hidden Land.

“The lack of ease on the pitch helps him,” said winning coach Cromwell. “I thought the handicapper was pretty hard on her after she won her maiden here so she struggled to keep going. She has adapted well to the fences and we will see what the handicapper will do.

Broken Ice provided Donoghue with the final leg of his hat-trick and Cromwell’s brace by doing virtually anything to justify 2/1 favoritism in the Brenda Anderson Memorial Beginners Chase, at the expense of Clonbury Bridge.

“It’s great to have your head ahead over the fences,” Cromwell said.

“He knocked on the door and was entitled to earn one on his hunt mark. He will stay further away and will handicap now.

Having his third run over the fences, The Little Yank, a three-time hurdler winner, sped into the Templehouse Lake Chase, storming the break-in to slam Closutton’s hopeful, Grand Bornand (the only mount of the day in Paul Townend) by four lengths and continuing the successful partnership of trainer John Ryan and jockey Kevin Brouder, who scored the double at Ballinrobe last Friday.

Ryan said: “He’s a smashing little horse and he wears his heart on his sleeve every time he runs. He’s not too big but he’s a good horse and he jumps well. But he wouldn’t want the floor to be faster.

The Owenmore Handicap Chase had a poignant ending as Secret Cargo (Niall Moran), trained by Philip Fenton, triumphed under the colors of Michael Daly, who died on Sunday, overtaking Eddies Pride.