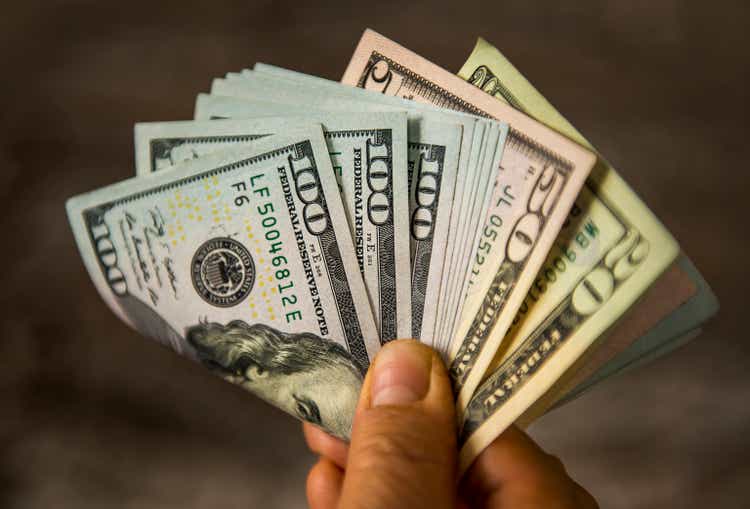 In the week of Jan. 10, Fed Chairman Jerome Powell and Lael Brainard, nominated to become Fed Vice Chairman, testified before Congress as part of the process to get them approved for another term in as members of the Federal Government’s Board of Governors. Reserve system.

Mr. Powell and Ms. Brainard have spent much of their time before Congress defending the Federal Reserve’s response to the growing threat of inflation and their commitment to launching a serious effort in the future to reduce inflation. .

At that time, I was writing about the concern in the foreign exchange market about the willingness of Mr. Powell and Ms. Brainard to fight the growing threat of inflation in the United States.

“During this week of testimony, the value of the US dollar has fallen, indicating traders’ concerns that the United States will not fight inflation as well as other countries.”

Concerns have been raised about the willingness of the two under review to execute the effort.

Well, since this week traders in the forex market have apparently been willing to give Mr. Powell and Ms. Brainard a chance to show their plans and actually begin the battle to fight rising prices.

Admittedly, many are concerned that so far the Fed continues to pump money into the economy as it “reduces” its securities purchases.

But, so far, currency traders are willing to give the Federal Reserve more time.

The US dollar remains stable

For now, the value of the US dollar has remained relatively stable.

On Wednesday morning January 26, the US dollar index is still around 96.00.

The index fluctuated around this level between these two dates but centered on a value of 96.00.

The performance of these last two variables gives us market data that investors believe the words of the two Federal Reserve leaders and expect them to start raising the Fed’s key interest rate, federal funds in March of this year.

My interpretation of this data is that traders are prepared to give the Fed until March to see whether or not it follows through on what Mr. Powell and Ms. Brainard promised us to do.

The euro and the pound

For the Euro and the British Pound, we see some divergence in the results.

Since January 14, the dollar has appreciated against the euro. On that date, it cost $1.1455 to acquire one euro.

The sentiment here is that European Central Bank President Christine Lagarde has signaled that she doesn’t believe the time has come to end her accommodative monetary policy.

That is to say, compared to the Federal Reserve, which has indicated that it will raise rates in March, the European Central Bank plans to wait a little longer.

In the case of Britain, the feeling is that the Bank of England is ahead of the Federal Reserve in the battle against inflation.

It seems that, overall, central banks are trying to take ownership of their local situations and respond, individually, according to what they feel they should do now.

I continue to believe, as I wrote in my January 14 post, that FX traders are unsure that Mr. Powell will do whatever is necessary to combat the powerful forces of inflation.

Throughout his tenure as Chairman of the Board of Governors, the Federal Reserve has always acted to prioritize monetary easing to avoid making mistakes that could cause major economic disruption.

And, as Mr. Powell moves forward, it seems he always wants to continue to err on the side of monetary easing as he battles inflationary pressures.

Forex traders are unconvinced that Mr. Powell can truly wage the necessary war.

For this reason, it seems to me that the value of the US dollar will tend to fall further.

Mr. Powell might surprise me, but he still hasn’t presented the markets with a real picture of what his battle with inflation will be like.

Will he, at some point, start selling securities?

How is the Fed going to reduce its use of “repos” while at the same time analysts are calling on the Fed to “sell” the securities it has bought, plain and simple?

So there are still some major unanswered questions regarding the Fed’s plans for the future.

Win up to $900 bonus – with a Winter Olympics caveat