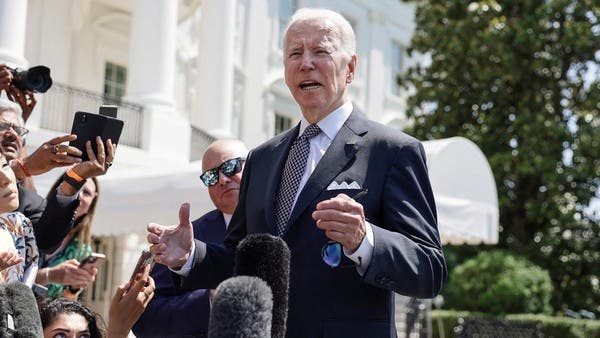 While most of the attention in the United States has focused on the economic slowdown and soaring inflation, a key foreign policy decision by the Biden administration has captured the headlines in many media in recent weeks. , and it was not the war in Ukraine.

US President Joe Biden has officially announced his first trip to the Middle East since taking office more than a year ago.

For the latest headlines, follow our Google News channel online or through the app.

Stops on his July trip will include the West Bank, Israel and Saudi Arabia.

Little scrutiny or attention has been given to the president’s itinerary on his first two destinations, as much of Biden’s own party continues to criticize why he is visiting the country he has sworn to make a “outcast” as he ran for president.

But with the midterm elections in the United States expected to see a Republican takeover of at least one of Capitol Hill’s two chambers, Biden has been forced to recalibrate his foreign policy.

The colossal pullout from Afghanistan is believed to have spurred Russian President Vladimir Putin’s appetite for further invasion of Ukraine, and Washington now fears Beijing may follow suit and invade Taiwan.

Although the average American voter is not traditionally affected by American foreign policy, record high gasoline prices for Americans have raised questions about why this is so.

The Russian invasion of Ukraine is one of the main reasons for this. But Republicans criticize Biden for peddling a “clean energy” policy, pushed by mostly progressive Democrats, at the expense of US energy independence.

Biden has campaigned heavily to “end fossil fuels,” and last week the White House said there was “no need” to drill for more oil in the United States. Instead, the crude would have to be refined for delivery to gas stations.

Seeing the potential for higher gas prices, Biden dispatched top officials to the Gulf, including Saudi Arabia, to get oil-producing nations (OPEC+) to break a deal with Russia and increase oil production. . That request has been rebuffed more than once, and observers blame Biden’s aggressive approach to the Gulf as the main reason.

Biden angered Gulf capitals after his comments on the campaign trail, then targeting Saudi Arabia and the United Arab Emirates with some of his early foreign policy moves. These included removing the Iran-backed Houthis from the terrorism blacklist, freezing arms sales to Riyadh and Abu Dhabi and refusing to engage with Saudi Crown Prince Mohammed bin Salman.

Next month, Biden is due to meet Saudi Arabia’s King Salman bin Abdulaziz and the Crown Prince.

“I think the administration has recognized that there is little point in prolonging a dispute or disrupting U.S.-Saudi relations and that it is time to open a dialogue on a number of important regional and global economic issues – those that matter to Saudi Arabia and the interests of the United States,” said Karen Young, program director of the Middle East Institute of Economics and Energy.

The United States is also working tirelessly to help Europe find alternatives to Russian gas in an effort to choke off a central resource for the Kremlin’s funding of its war on Ukraine. One of these alternatives is to encourage the Gulf countries to sell more oil and gas to Europe.

“Obviously there is recognition in the [Biden] administration that the Middle East will play a bigger role in influencing markets, especially Europe to find alternatives to Russian gas, than it has done before,” said Firas Maksad, assistant professor at George Washington University.

Faced with Iran and its proxies

Nevertheless, the rocky period in relations that Washington and Riyadh have experienced since Biden took office may ease. The warming of relations between Arab countries and Israel has also had an impact on how the United States shapes its policy towards Iran.

Besides sky-high oil prices in the United States, Biden’s insistence on a nuclear deal with Tehran in exchange for sanctions relief appears to be all but over.

The easing of US pressure on Iran and the regime that preaches “death to America” ​​dates back to the days of former US President Barack Obama, who called on Saudi Arabia to “find an effective way to share the neighborhood” with Iran. This was preceded by secret talks between Washington and Tehran that led to the 2015 nuclear deal, which did not include countries neighboring Iran and those most affected by Iran’s support for terrorist groups. and agents.

After Biden revoked the terrorist designation of the Houthis from Yemen, the group grew bolder and stepped up its ballistic missile and drone attacks on Saudi Arabia and the United Arab Emirates.

The UAE was reportedly frustrated by the slow response from US officials after Houthi attacks struck deep in the heart of the country twice earlier this year.

Iran has done and failed to contribute positively to Yemen’s years-long war, according to Biden’s special envoy Tim Lenderking. On the other hand, US officials say Saudi Arabia has taken steps, including to mitigate civilian deaths in Arab coalition airstrikes on Houthi targets, to help achieve the first ceasefire. fire of two months in seven years. The truce was recently extended for another 60 days.

Meanwhile, the so-called shadow war between Iran and Israel has come to light. Israel is believed to be behind several assassinations of Iranian scientists and members of the IRGC.

During Biden’s trip to Saudi Arabia, Riyadh will seek American re-engagement in the defense of the region, Maksad said, “American partners believe the United States has underplayed the support and weapons needed to protect itself from Iran. and Iranian proxies”.

For his part, Middle East policy commentator Ali Shihabi told CNN that “Saudi Arabia wants as much as possible the involvement of the United States to coerce Iran, so this will be a discussion that will dominate the GCC-Biden meeting.

Biden is traveling to Saudi Arabia at the official invitation of King Salman and to attend the GCC+3 summit, which will include Egypt, Jordan and Iraq.

Warming ties between the Gulf and Israel

The Biden administration was initially hesitant to use the term “Abraham Accords” to refer to the peace accords between the United Arab Emirates, Bahrain and Israel brokered by the Trump administration.

U.S. officials have since reversed that policy, which initially appeared to be a directive, and embraced the standardization treaties. They have also publicly declared their ambition to increase the number of countries that have signed peace agreements with Israel.

One of the most important breakthroughs would be a Saudi-Israeli normalization agreement. But Saudi Arabia has made it clear that it will not agree to such a deal until there is an independent Palestinian state with East Jerusalem as its capital.

But economic ties appear to be taking some leeway, and Saudi Arabia has granted some flights the right to use Saudi airspace.

As they face the common threat of Iran and the proxies it has empowered, Israel’s Defense Minister recently announced a new alliance between the United States, Israel and unnamed Arab countries to communicate and share intelligence to thwart drone and missile attacks.

US military officials have long called for the integration of regional air defense systems against Iran.

“With the current energy crisis spurred by the war in Ukraine, the United States seems to need Saudi Arabia more than ever,” Schanzer told Al Arabiya English.

He also said normalization efforts between Israel and other Arab countries appeared to be moving in a positive direction without the engagement of the United States.

“It appears to be a reset of the administration’s broader foreign policy,” he said, hailing Biden’s trip to the region as “a welcome development.”

But Biden’s trip to Saudi Arabia will be scrutinized by all parties to see if the decades-long relationship can be repaired.

“Saudi Arabia and its leaders expect to be treated like any other country, including those where there are differences in politics and form of government, but which can be effective partners with the United States. “, Young told Al Arabiya English. “And that seems like a reasonable policy that the Biden administration should adopt as well.”

Rupee rises above 79 rupees per US dollar, value likely to fall further