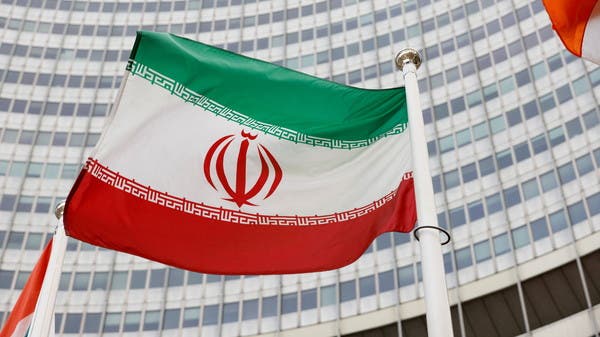 Tehran on Tuesday denounced what it called Washington’s “contradictory” policies, after President Joe Biden pledged to pressure Iran ahead of a visit to US allies in the Middle East.

Biden has sought to restore the Iran nuclear deal abandoned by his predecessor Donald Trump, but he has refused to lift sanctions on the Islamic Republic until it returns to abiding by the accord.

In an op-ed for The Washington Post ahead of his visit this week to Israel and Saudi Arabia, Biden pointed to the “rapid acceleration” of Iran’s nuclear program after Trump “retracted a nuclear deal that worked.”

For the latest headlines, follow our Google News channel online or through the app.

“My administration will continue to increase diplomatic and economic pressure until Iran is ready to return to compliance with the 2015 nuclear deal, as I remain ready to do,” Biden wrote on Saturday.

Iran on Tuesday criticized the Biden administration for what it said was an inconsistent approach to the nuclear issue.

“Mr. Joe Biden’s emphasis on continuing the policy of economic and diplomatic pressure against Iran is at odds with the United States’ continued expression of desire to revive the 2015 deal,” he said. said Foreign Ministry spokesman Nasser Kanani.

The current US administration “despite its slogans and claims of returning to the deal…is following the same approach (of the previous administration) with continued sanctions and economic pressure”, he said. .

The Biden administration has been engaged in talks since April 2021 aimed at bringing the United States back to the nuclear deal, including lifting sanctions on Iran and ensuring Tehran’s full compliance with its commitments.

But on-and-off talks held in the Austrian capital, Vienna, have stalled since March, with several unresolved issues remaining between the United States and Iran.

In late June, Qatar organized indirect talks between the United States and Iran in an effort to get the Vienna process back on track, but those talks broke down after two days without a breakthrough.

In his opinion piece, Biden wrote that his trip was also intended to “work for greater stability in a consequential region of the world.”

Biden’s remarks were dismissed by Iran’s Kanani as “a one-sided and unrealistic account of US government policy in the West Asia region.”

The spokesman stressed that if U.S. officials want “stability and security in the West Asian region…they should understand the new realities of the world and avoid trying to impose American values ​​and l ‘unilateralism’.

The United States should “enable the countries of the region to act according to their values, interests and realities and within the framework of regional cooperation to ensure their security and their collective interests,” Kanani added.

Iran prepares to supply Russia with drones for use in Ukraine: senior US official