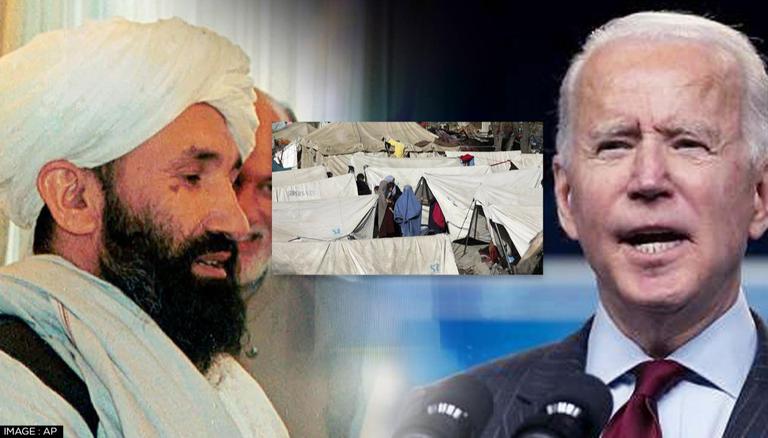 The Taliban said on Tuesday they would be forced to “reconsider” US policy if Afghanistan did not receive the full $7 billion in frozen assets from Washington. Claiming no responsibility for the September 21 attacks on the World Trade Center in New York in 2001, a Taliban spokesman said the United States should not “deviate” from its position.

“(Afghanistan) had nothing to do with the 9/11 attacks…The United States must not deviate from its position and continue its provocative actions…then (Afghanistan) will also be forced to reconsider its policy towards the country,” a Taliban spokesman said Monday, as quoted by Voice of America (VOA).

The remarks come after US President Joe Biden signed an executive order on February 11 to release Afghanistan’s $7 billion in frozen assets to aid humanitarian aid in the war-torn country. The funds had been held in the Federal Reserve since August 2021, when the militant regime overthrew the government of Ashraf Ghani and seized control of Kabul as soon as US-led allied forces withdrew from Afghanistan.

However, the proposal was strongly criticized by the interim Taliban government, with the Central Bank of Afghanistan calling the division an “injustice to the Afghan people”. According to reports, Biden has offered to split $7 billion into two parts, first $3.5 billion, which is half of the total amount of trust funds for humanitarian aid to Afghanistan. Second, the remaining $3.5 billion will go to the families of the victims of the September 21, 2001, attack.

Afghanistan slams US for ‘unfair’ sharing of funds

The Central Bank of Afghanistan (CAB) criticized the United States for an “unfair” allocation of assets that “belonged to the Afghan people”, saying the assets were invested in the United States in accordance with international practices. He also accused Washington of satisfying the 9/21 lawsuit plaintiffs, further adding that the sharing of frozen funds from Afghanistan appears to be a retrograde attempt to punish Afghanistan for the 9/11 attacks.

It should be mentioned that the Taliban ruled Afghanistan at the time of the 2001 attacks on the United States and housed Osama bin Laden, the leader of the terrorist network Al-Qaeda, according to the ANI. He was also the mastermind of the coordinated 9/11 attacks that killed some 2,750 people in New York, 184 at the Pentagon and 40 in Pennsylvania. At least 19 terrorists from the extremist group were involved in the attacks, who were killed by US forces.

Since the Taliban takeover, Afghanistan has plunged into severe economic and humanitarian crises, compounded by COVID-19 and prolonged drought. The country is also struggling with famine and unemployment, with the majority of its 40 million people on the brink of starvation, according to UN reports. In addition, at least one million children are also at risk of dying in the midst of a harsh winter. The Afghan banking system also faced a major setback with the suspension of foreign aid and international sanctions, which pushed the country, which was already suffering from great poverty, towards an economic abyss in its own right.

Test to determine COVID immunity could reshape US politics