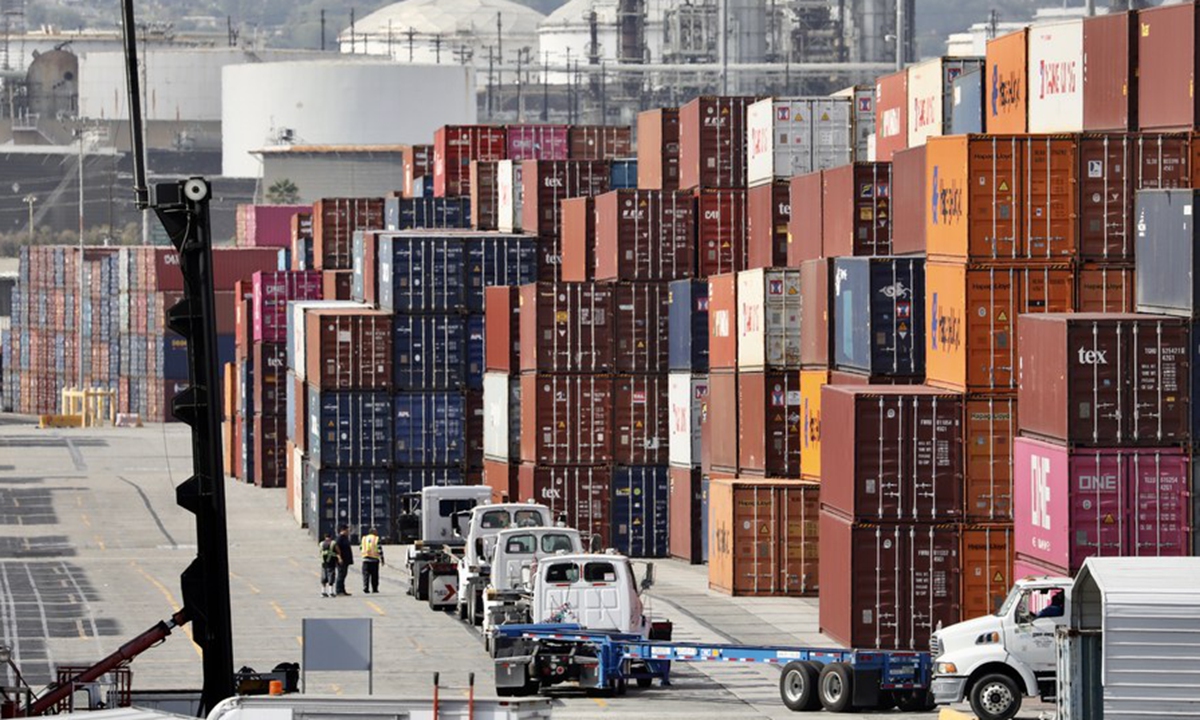 In 2020, the global economy came to a screeching halt due to the COVID-19 pandemic. As the economy begins to recover, the supply chain faces the largest backlog in history.

The boom in the global supply chain is getting worse, especially in the UK, US and other Western countries. British supermarkets are grappling with toilet paper shortages, KFC in America is running out of chicken, countless Christmas items are piling up on docks and automakers are cutting production.

Some people attribute the supply chain chaos to the coronavirus and the globalization of supply chains, and preach on the need to shift supply chains to America. But the truth is that the unilateral practices, trade protectionist measures and excessive financial incentives adopted by the US government, as part of its “America First” program that has guided its policy in recent years, are the exact causes of the vulnerability. growing supply chains.

Whether under the Biden or the Trump administration, ill-advised economic policies by the United States have caused turmoil in the global supply chain. Donald Trump held the “tariff stick” and waged a trade war around the world. Although President Joe Biden has introduced some corrective measures, including rescinding Trump’s punitive tariffs on European steel and aluminum, he appears reluctant to revoke Trump’s $ 300 billion tariff on imports from from China.

However, when the demands for electronics and cars soared, semiconductor foundries did not respond on time, which impacted the production of American companies. As the South China Morning Post and Reuters commented, the chip shortage has worsened due to the United States’ technology war on China. According to the latest data, more than 169 industries around the world have been affected by the shortage. The pursuit of selfish interests, regardless of the consequences, will eventually backfire.

The excessive financial stimulus measures taken by the US government have led to a more fragile supply chain. The National Retail Federation (NRF) estimates that US sales for November and December will increase between 8.5% and 10.5%, reaching a record high of $ 859 billion. Unemployment benefits introduced during the pandemic have contributed “significantly” to the current labor shortage, and the labor force participation rate has fallen to its lowest level since the 1970s. The survey The US Department of Labor’s job vacancies and turnover reported 10.44 million vacancies in August. The apparent mismatch in the participation rate has aggravated the tension between supply and demand.

The U.S. government’s mismanagement of COVID-19 has put great strain on ports and logistics, making it the weakest link in the global supply chain. More than 70 container ships are now stranded off the southern California coast amid the supply chain crisis, exacerbating tension in supply chains and making it difficult for terminals to operate normally. If the containers from these ships were unloaded and their contents put end to end, it would stretch from southern California to Chicago, more than 3,000 kilometers, according to Bloomberg’s analysis.

The new Global Container Ports Performance Index (CPPI) released by the World Bank and IHS Markit places POLA and POLB near the bottom of all major ports in the world, while Asian ports took nine places in the list of the top 10. To make matters worse, the United States faces an extreme shortage of logistics workers, with a gap of over 80,000 truck drivers. US Transportation Secretary Pete Buttigieg has suggested the supply chain problems could last until next year.

Unlike the United States, China is the first country to bring the pandemic under control and achieve an orderly economic reopening, serving as an anchor for the global supply chain. In 2020, China recorded 14.55 billion tonnes of port freight traffic, ranking number one in the world, but it has never experienced sustained congestion like the one occurring in the United States. With its own production capacity, China has helped neighboring countries fight the pandemic and resume production. Until October 27, China had provided several batches of anti-epidemic supplies to 28 neighboring countries and regions, delivered 10 batches of COVID vaccines totaling more than 80 million doses, and dispatched more than 10 teams of medical experts.

Through the Belt and Road Initiative, China has contributed to the smooth functioning of trade and transport channels, supported the economic reopening of countries along the roads, and provided essential support to the stability of the chain. global supply. The pandemic has further underscored the resilience of China’s supply chain and its indispensable role in the global supply chain.

Nowadays, globalization has penetrated all areas of production, circulation and consumption. If the United States continues to go against the grain, its economy will surely suffer greater losses. What the United States should do is solve the problems of its own internal governance, rather than making the world pay the cost of dollar hegemony. In the era of economic globalization, we are all like passengers on the same boat in search of common development. It is therefore imperative that countries jointly manage the impact of the pandemic to promote the rapid recovery of industry and global supply chains and to ensure the steady recovery of the global economy.

The author is a Beijing-based news commentator. [email protected]

US Bank Stadium must finally be safe for birds