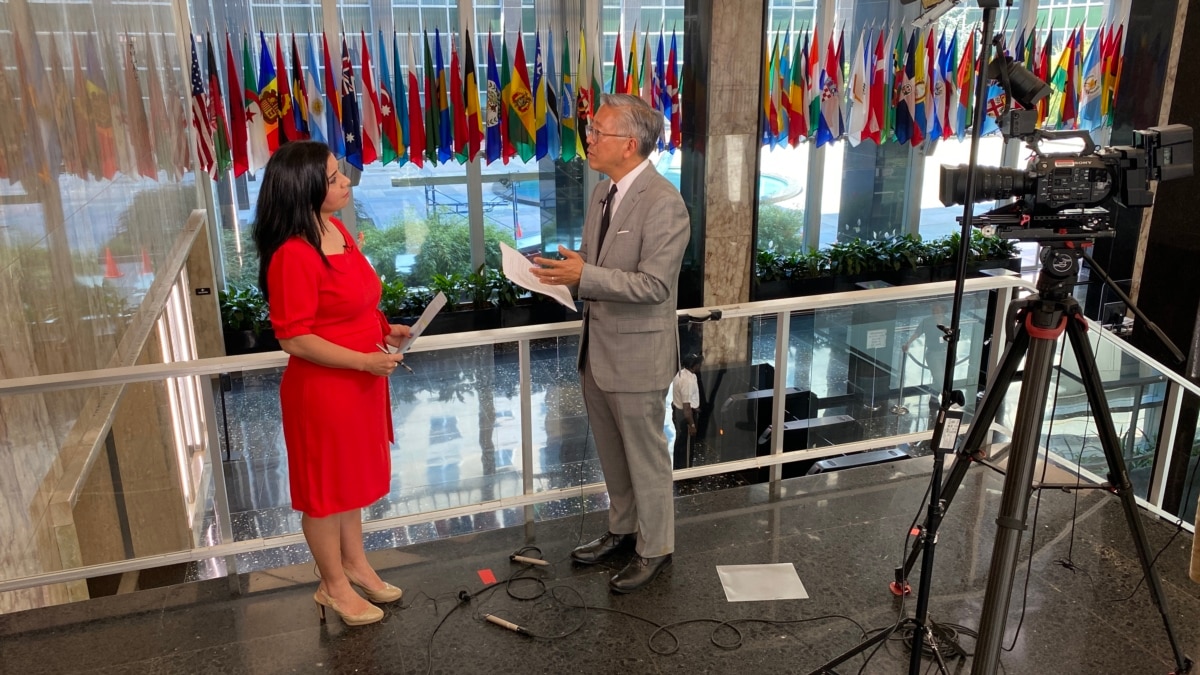 Donald Lu, U.S. Assistant Secretary of State for South and Central Asia, said the Biden administration is committed to strategic partnerships, aims to invest in Central Asian sovereignty and independence, and understands why. balancing policies towards Russia are rational for the interests of Central Asia.

But amid unrest in Uzbekistan’s autonomous republic of Karakalpakstan, Washington urged Tashkent “to carry out a full, credible and transparent investigation” into a July 1-2 wave of violence, in which Tashkent officially reported 18 dead, more than 500 arrested, and nearly 250 injured.

The Karakalpaks say they have taken to the streets to oppose constitutional changes that would strip them of sovereignty and secession rights. President Shavkat Mirziyoyev has since promised not to take such action without the blessing of the Karakalpaks. His government is committed to respecting laws and freedoms while maintaining security under emergency measures.

The State Department called on authorities to protect “fundamental rights, including peaceful assembly and expression, consistent with Uzbekistan’s international obligations and commitments.”

In an interview with VOA, Lu also said that Washington prioritizes human rights and democracy alongside counterterrorism cooperation.

He said Washington knew Central Asian economies were hurting because of U.S. sanctions on Russia, with food and fuel prices rising and migrant workers forced to return home. Lu confirmed licenses to ensure the Caspian Petroleum Consortium and Kazakhstan’s oil industry are safe from sanctions, “because the last thing we want to do is harm the oil and gas industry in this region “.

But two Russian banks based in Kazakhstan and an Uzbek company were sanctioned, accused of helping Russia. “We want these Russian banks to be sold off, so that they become Kazakh banks,” Lu said.

He conceded that Central Asians have deep ties to Russia and, while claiming to be neutral on Ukraine, have complex partnerships with Moscow, which invaded Ukraine in February. But regional policymakers tell VOA they also want balanced relations with the West.

Lu, a former US ambassador to Kyrgyzstan, said it was “a rational policy…to get the best out of Moscow, Beijing, Washington, Brussels and Ankara.”

And he underscored the continuity of US policy towards Central Asia after the change of administration in Washington last year.

“We are not against Russia or China, but believe in independent, sovereign and prosperous Central Asian countries that respect their democratic institutions, human rights and civil society,” he said. .

During recent visits to Washington, some Central Asian officials told VOA that the State Department and the Pentagon had been more deferential to their concerns than in previous years. And since the United States withdrew from Afghanistan last year, experts say, the region has been dictating its own course.

Lu agreed that “Central Asian states are showing great leadership in telling us what they want from this relationship,” adding that America is committed to counterterrorism, including training and the equipment of the police, the army and especially the border security forces of Central Asia.

Many analysts believe that the United States still focuses primarily on security cooperation, while democracy and rights take a back seat. Lu disagreed, pointing to Washington’s stance on the unrest in Tajikistan’s Gorno-Badakhshan Autonomous Region, where dozens of people were killed in a recent central government crackdown on protesters.

“We are concerned that civil society will be drawn into this effort to contain anti-government forces and that media freedom will be limited there,” he said. “There must be a distinction between those who should be captured and prosecuted for violent anti-government activities and those who are legitimate civil society, free media.”

Lu claimed to have seen “quite spectacular movements in recent years” on human rights in Central Asia. In Uzbekistan, for example, “none of us would have believed that since 2016 the government could have eradicated 100% of forced labour”.

And after the violence in Kazakhstan in January, Lu said: “Real progress towards strengthening the parliament, reducing the powers of the president, strengthening the human rights ombudsman and the legitimacy of an independent judiciary.” .

Lu did not deny that America’s partners in the region are autocrats, including Emomali Rahmon, who has ruled Tajikistan since 1994, currently making him the region’s longest-serving president.

Uzbekistan’s Mirziyoyev is pursuing constitutional changes that will allow him to stay in power until 2040.

“We support the reform program. The publicly announced things they want to do, we absolutely support them. The truth will be shown to the people of this region based on the actions taken by their government,” Lu said.

He added that Washington wants real accountability for January’s violence and human rights abuses in Kazakhstan and “a fair and transparent process of accountability in the justice system.”

He noted that only two countries in the OSCE, the Organization for Security and Cooperation in Europe, criminalize homosexuality: Turkmenistan and Uzbekistan. The Biden administration hopes to see progress.

“Even in the United States, we haven’t perfected our democracy,” he said. “We recognize that democracy is not easy. These countries are only 30 years old. You cannot expect them to have all the same attributes as very old democracies. They are going to have a form of democracy that suits their country.

“And we want to be a good supporting partner that helps spread the values ​​of the people of Central Asia – not my values, not the values ​​of foreigners, but values ​​that are intrinsic to this region. I believe that Central Asians are in the hearts of their Democrats.”

Yet many Central Asians express deep cynicism toward America, blaming it for failures in Afghanistan and accusing it of pushing Russia to attack Ukraine. It may reflect Russian propaganda, but even those who sympathize with the United States question its commitment.

“We are very far away,” Lu said, and Moscow, Beijing and Ankara “feel much closer.”

“People are a bit worried about whether their countries will survive in the next few decades. … We believe these are countries that should exist forever as a country, as a people, and we are looking to invest in the sovereignty and independence of Central Asia.

The Ultimate Guide to US Banking Rewards – Forbes Advisor