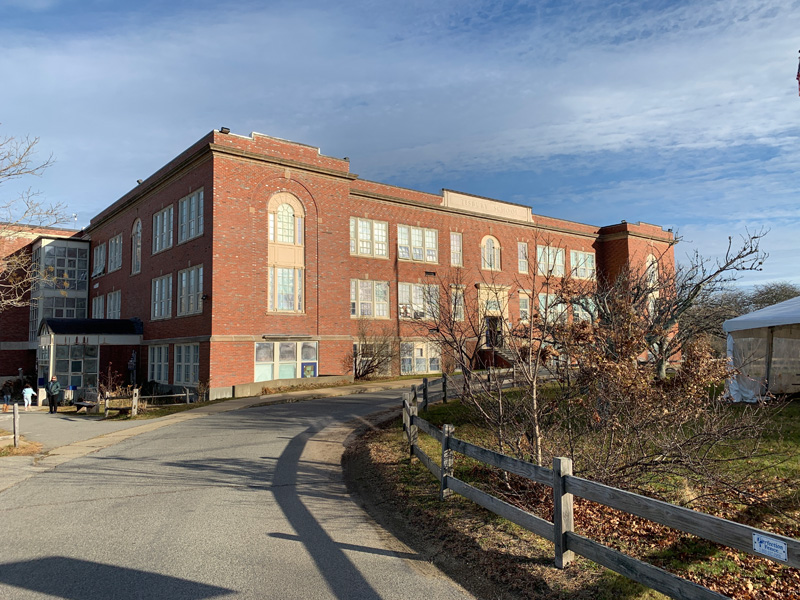 The Tisbury School Board voted 2-0 Tuesday night to authorize a lease with Vesta Modular for modular classrooms to accommodate students displaced by the $55 million Tisbury School project. The school committee did not disclose the amount of the lease or provide the lease it voted on. When asked after the vote what the dollar value of the lease was, neither committee chair Amy Houghton nor project manager Amanda Sawyer could give the figure.

Before the vote, Sawyer provided information on the modules and indicated that the architectural firm of the school project was an integral part of the selection process.

Sawyer said Tappé’s architect, Chris Blessen, had worked extensively on the lease issue, including the details of the lease and securing “final lease agreements” with the city.

“So where we’re at is we’ve kind of back and forth with the layout of the modules,” Sawyer said, and noted that Blessen did a lot of planning with the director of the Tisbury School, John Custer.

Sawyer said the size and number of modules “were all worked out with the school,” but she did not reveal that information.

“Jay [Grande] has the lease,” Sawyer said. “I know the city attorney looked at it.”

Houghton said Grande had the opportunity to “review the lease and discuss it with Jay.”

Houghton framed specific language for the vote, asking for a motion to “authorize the rental of modular units and related costs to establish the interim school facility, as recommended by the owner’s project manager and architect, to be paid from the recent issuance of Anticipatory Bond Notes for the Tisbury School Renovation and Addition Project and the remaining funds of the pre-approved Special Town Meeting, secure items one and two.

Sawyer said she would release the lease “once it’s executed.”

“I have a draft, but I don’t know if it will be the final…” Houghton said in part, and declined to provide the draft until Tisbury’s selection committee had signed off on a final version.

After the meeting, Houghton reiterated that she would not release the draft lease. Under the state’s open meeting law, any document considered at an open meeting is a public document.

Grande did not immediately respond to a voicemail requesting access to the lease. The lease appears on the agenda for the December 15 meeting of the Tisbury board of directors under the heading “Modular Lease Agreement”.