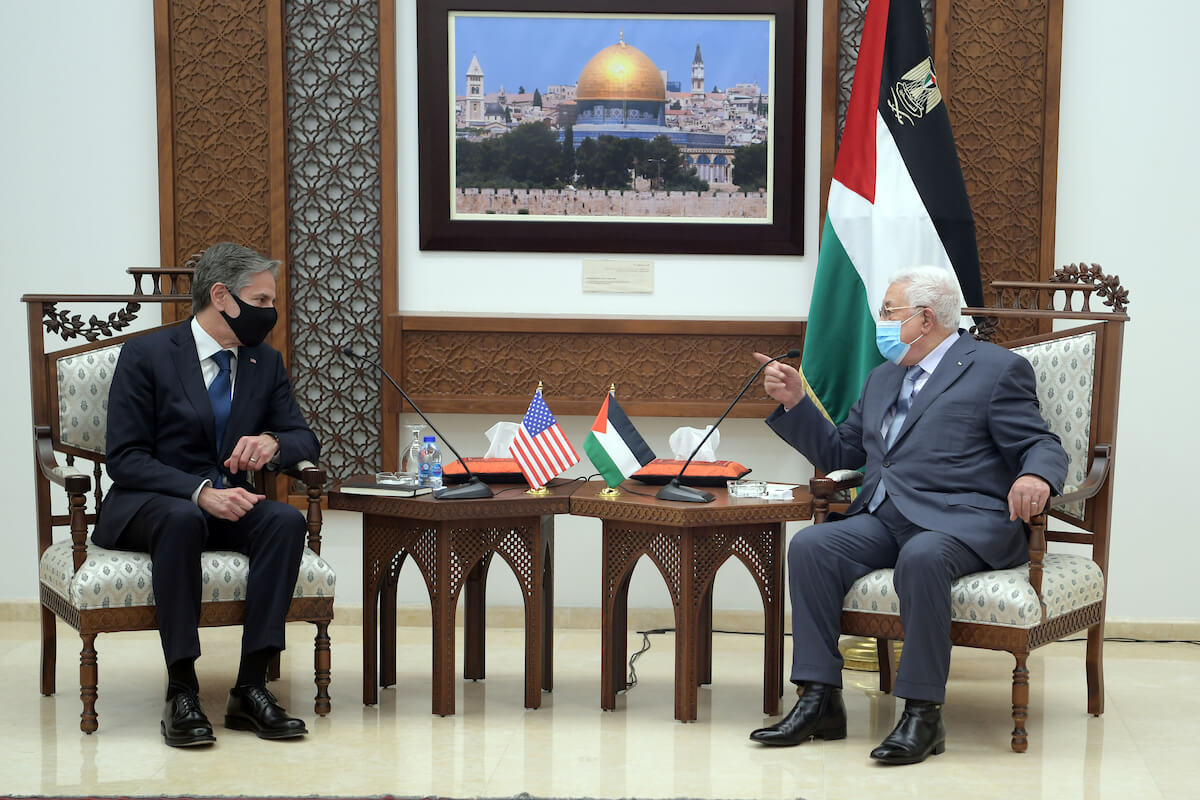 In a recent letter addressed to President Biden and Secretary of State Blinken, the Palestinian Christian Peace Alliance (PAC) builds on Remarks produced by Blinken in Ramallah on May 25. In his press conference with Palestinian Authority President Mahmoud Abbas, Blinken acknowledged the aspirations of Palestinians “to live in freedom; uphold their fundamental rights, including the right to choose their own leaders; live in safety; have equal access to opportunities for themselves, for their children; to be treated with dignity.

The letter, written by the PCAP board of directors, acknowledges “that more positive cooperation has developed between the United States and the Palestinians.” While citing the reopening of the US consulate in East Jerusalem, the resumption of financial assistance to UNRWA and the US commitment to provide aid to the Gaza Strip, the letter states: “… we believe that much more than these limited actions and words need for democracy, justice and peace to prevail.

Specifically, the PCAP calls on the administration to “reconsider its policy towards Hamas” and to “support fair and transparent elections for Palestinians, including Hamas and their candidates, and voters in East Jerusalem.”

When asked why the interfaith network chose to speak to the Biden administration now, the recent OCAP co-chair, Reverend Dr Alex Awad – former missionary of the United Methodist Church and former dean of Bethlehem students Bible College – explained, “In recent events. months in Sheikh Jarrah, around the Damascus Gate and at the Al Aqsa Mosque, followed by the Israeli bombardment of Gaza, the mainstream American media have repeatedly described Hamas as a terrorist organization. This unique description, repeatedly reported, justifies Israel’s asymmetric response to Hamas’s actions in the minds of many Americans. We wanted to reach out to American officials and the American public to help them see another perspective. “

“We believe that the attribution of the label of ‘terrorist organization’ to Hamas hides the more complicated truth that Hamas is the reflection and the result of the untenable and unjust status quo in the country,” the letter reads. . The PCAP advocates for the 2006 Palestinian Authority elections, held with the support of President George W. Bush and observed by the Carter Center. When Hamas received sufficient support to form a new government, says the PCAP, “the United States withdrew its endorsement of the democratic process and halted aid to the Palestinian Authority” – a policy which it claims. the PCAP, “has contributed to the current dire situation from which the region, and the people of Gaza in particular, are suffering.

As the governing authority of the Gaza Strip, the letter continues, Hamas provides “most of the day-to-day functions and services to its more than two million inhabitants… have concluded that these are a bogus peace process. The PCAP letter draws attention to a little reported fact: “Hamas even has a number of Palestinian Christians among its representatives and voters.

Urging the administration to communicate with Hamas “in order to foster cooperation, facilitate humanitarian assistance and defuse violence,” the letter cites occasions when the United States has communicated with and acknowledged other groups it once considered terrorist organizations, such as the Liberation of Palestine. Organization and the African National Congress.

“It is time for the United States to show leadership and take visionary steps to transform this conflict once and for all,” urge the members of the PCAP board. “It is time to stop following Israel’s line on Hamas, which serves to keep the Palestinian people divided, thwarts openings for peace and covers up the [Israel’s] continued occupation, illegal land seizures and systemic violations of Palestinian human rights.

Awad added: “We encourage the Biden administration to include Hamas in future negotiations. It is a legitimate political party, voted by the Palestinians. It will not be possible to reach a peace deal without including Hamas.

Awad continued, “As we say in the letter, we are enjoined by Christ’s example of non-violence and unconditional love. We practice nonviolent resistance to injustice. While we do not condone violence from any party against innocent civilians, we must say that Hamas is responding to decades of Israeli violence and the more than fourteen-year land, air and sea blockade that has devastated the Gaza Strip.

The letter to Biden and Blinken ends with: “By our faith we are guided to value the presence of God among all people and to hold them all with love, even our enemies. We ask you no less.

Mondoweiss is a non-profit news site dedicated to providing comprehensive coverage of the struggle for justice in Palestine. Funded almost entirely by our readers, our truth journalism is an essential counterweight to the propaganda that passes for news in mainstream and traditional media.

Our news and analyzes are accessible to everyone, which is why we need your support. Please contribute so that we can continue to make the voices heard of those who defend the rights of Palestinians to live in dignity and peace.

Support Mondoweiss from just $ 1. Thank you.

Which of these 18 US bank stocks offers investors both security and value?

Assassination of Haitian President follows decades of destructive US policies