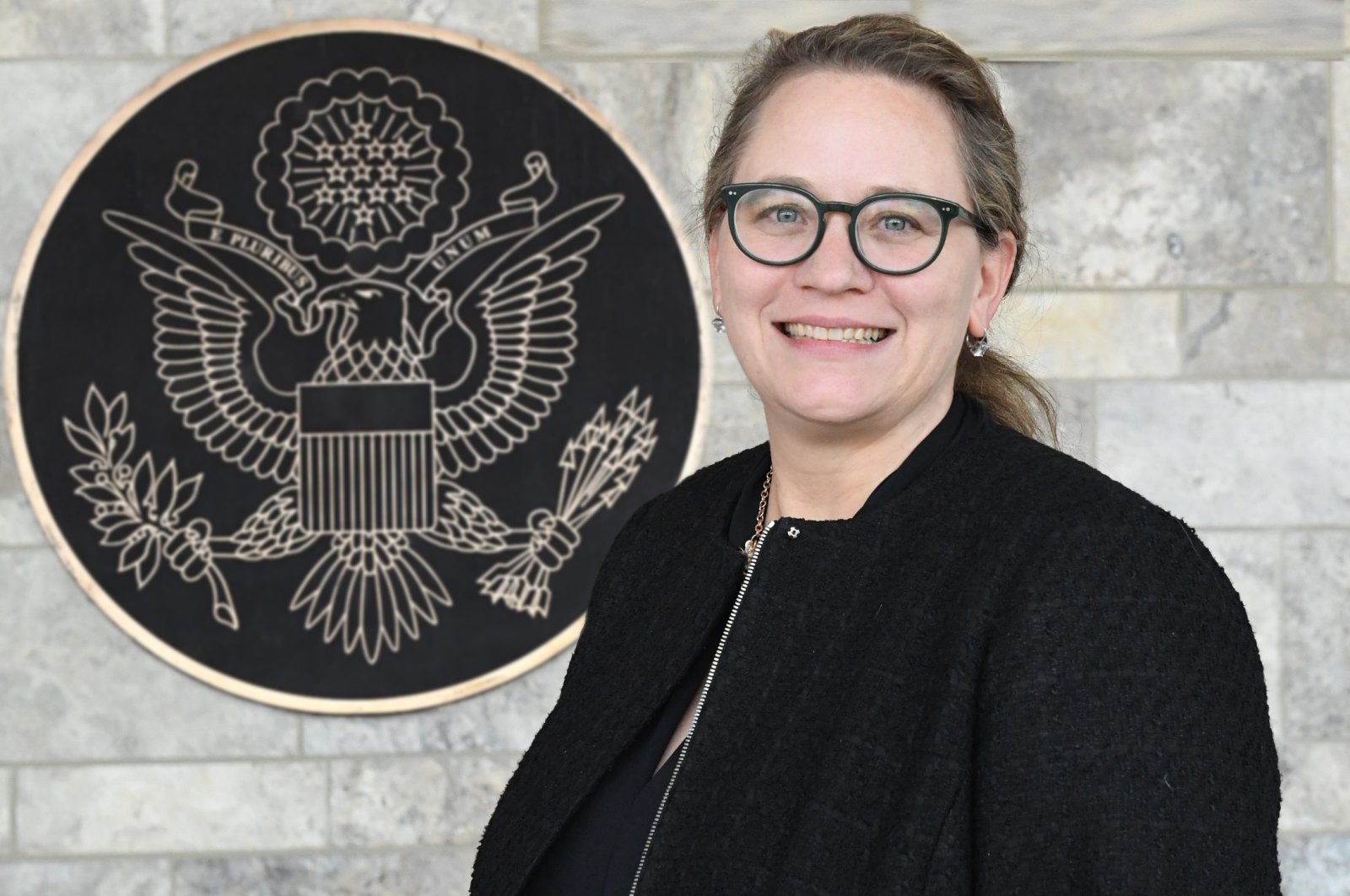 The United States’ decision to lift the arms embargo imposed on the Greek Cypriot administration does not signal a change in Washington’s position on a possible settlement on the divided island, a senior US diplomat said on Friday.

During a visit to the Turkish capital Ankara as well as Istanbul to attend the Atlantic Council conference this week, Erika Olson, Deputy Under Secretary of State, said potential exports to Greek Cypriot administration will remain reviewed on a case-by-case basis to ensure that they support US foreign policy and national security objectives.

“Earlier this year, Secretary (of State Antony) Blinken determined that the Republic of Cyprus (Greek Cypriot administration) met the necessary conditions outlined in the Eastern Mediterranean Security and Energy Partnership Act 2019. and the National Defense Authorization Act for Fiscal Year 2020- to allow for the lifting of Defense Trade Restrictions for Fiscal Year 2023. The Department (of State) reviews compliance with these conditions annually. Turkey, our goal is a peaceful, safe and prosperous region, a region in which we work together against Russian aggression,” she told Anadolu Agency (AA) in an interview.

Turkish politicians had pointed to the lifting of the embargo as proof that the United States had abandoned its policy of “balancing” between the Greek Cypriot administration and its neighbor on the island, the Turkish Republic of Northern Cyprus, which remains under international embargoes.

In Istanbul, Olson participated in a session on clean energy and spoke with Turkish and international counterparts. She also met with her counterparts from the Turkish Ministry of Energy and Natural Resources, Ministry of Commerce and Ministry of Foreign Affairs.

She said that the United States and Turkey share the same goals of peace, security and stability throughout the region and that cooperation with NATO allies, Turkey and Greece, aims to promote stability. region and to deepen NATO’s collective capabilities.

“Turkey and Greece are vital and important allies and friends of the United States. They have their own differences, (but) we would like to see them resolve those differences constructively through dialogue, as they have done in the past. , more than ever, we must all come together as NATO allies to counter Russia’s aggression in Ukraine.”

“Turkey is one of America’s oldest and most important NATO allies,” Olson said. “The Biden administration supports Turkey’s efforts to modernize its F-16 fleet. The United States and Turkey have long and deep defense and security ties, and the continued interoperability of the Turkey with NATO remains a priority. I am encouraged to see Turkey’s commitment to working with us on this, again, for our collective security.”

His remarks came amid Türkiye’s continued efforts to procure new F-16 jets and F-16 retrofit kits from the United States. While the effort had been stalled by the US Congress, news that the Senate dropped the unacceptable terms of the deal raised hopes that the sale will finally take place.

Olson also said U.S.-Turkey relations are thriving and growing every day, pointing to a transatlantic deal signed two weeks ago.

“The American company Axiom Space has signed a historic agreement with Turkey to send the first Turkish astronaut into space. The tourism sector is benefiting from a record number of American visitors. Some 377,000 Americans visited Turkey in the first half 2022, an increase of 76.8% compared to the same period in 2019, before the start of the pandemic,” she said.

She said that Turkish products are finding an increasingly attractive market in the United States and that last year the United States was the No. 2 market for Turkish exports – rising from No. 3 in 2020 to No. ° 5 in 2019.

“In fact, 2021 has seen a 45% increase in Turkish exports to the United States – the largest increase among Turkey’s top five trading partners. The United States has been the second largest foreign investor in Turkey since 2003, and we are committed to continuing the current trend of strong growth in bilateral trade and deepening economic ties,” she said.

US thanks Turkey for constructive role in Russian-Ukrainian war

“In all my meetings with Turkish officials this week, I expressed our great appreciation for the constructive role Turkey played in facilitating an agreement between Ukraine and Russia that opened a maritime corridor for move Ukrainian grain to countries around the world,” Olson said. , referring to July’s groundbreaking agreement to unblock grain exports from Ukraine.

She highlighted that the opening of the corridor was a significant achievement that boosts food security across the world, adding that since early August, the initiative has so far transported more than 7 million metric tons of food around the world. .

“I also expressed our gratitude for Turkey’s diplomatic work in obtaining the release of Ukrainian prisoners of war, as well as two American citizens, detained by Russia. We made it clear that it is the President (Vladimir) Putin who is directly responsible for the unprovoked and illegal government invasion of Ukraine,” she added.

Turkey has been in close contact with Russia and Ukraine since the start of the war. President Recep Tayyip Erdoğan has repeatedly stressed his desire to bring Putin and Ukrainian President Volodymyr Zelenskyy together around a negotiating table in Türkiye to end the war.