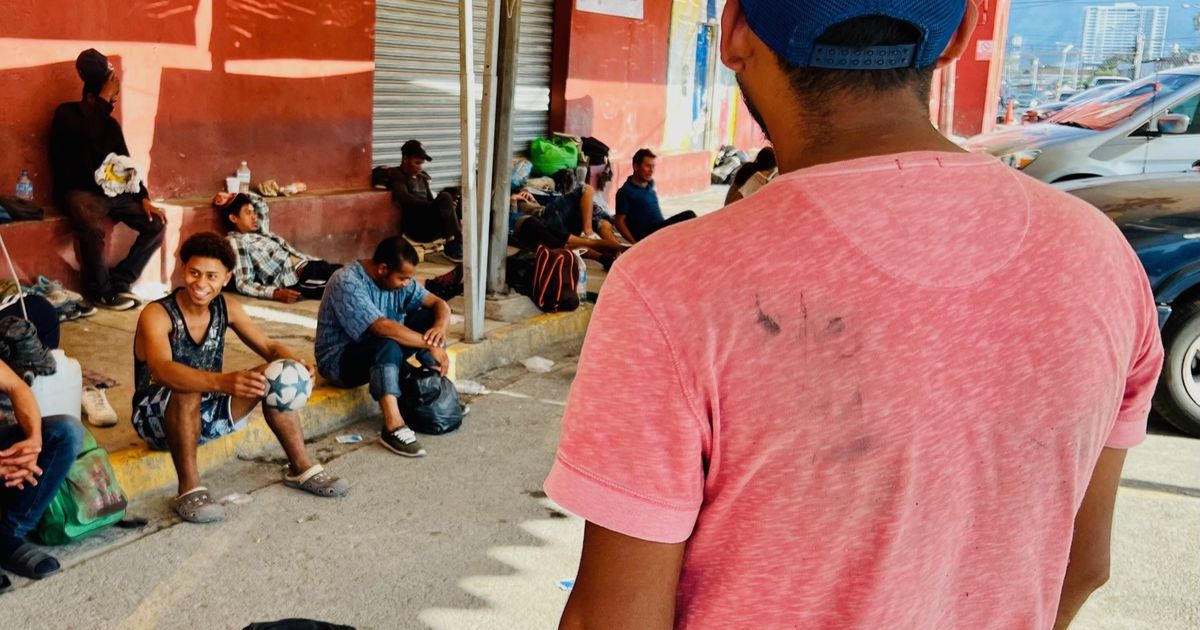 MONTERREY — A campaign by Mexican governors, under pressure from Gov. Greg Abbott, to stem the flow of migrants from Central America and beyond to Texas has led to a wave of complaints of abuse by state authorities , including violent attacks, extortion and even forcing migrants to disembark private buses and continue their journey on foot for miles in temperatures over 100 degrees.

The allegations of abuse are particularly directed against authorities in the neighboring state of Coahuila, where Governor Miguel Riquelme and his administration have long carried out a harsh crackdown on migrants, including targeting migrants on the streets and in hotels in Ciudad Acuña and Piedras Negras, both towns across from Del Rio and Eagle Pass on the Texas border.

But in recent weeks, according to immigrant rights groups, actions by state and local authorities have hit a new low as they step up a crackdown on vulnerable migrants.

For example, authorities physically remove migrants from trucks. A video shows migrants literally thrown onto a highway. Others are forced to walk to the border on foot, hundreds of kilometers away.

Additionally, bus stations here and in the border state of Coahuila sometimes do not sell tickets to “foreigners”, an effort to prevent migrants from heading for the border. Coahuila also increased the number of checkpoints on the highway to Nuevo Leon and statewide on roads leading to the Texas border.

The actions coincide with the timing of so-called accords signed by Abbott and the governors of the four Mexican states that share a 1,200-mile border with Texas. Last April, Abbott, who is seeking re-election in November, ordered all commercial trucks coming from Mexico to Texas to go through additional “enhanced” inspections.

“Since those agreements between the governor of Texas and the governors of Mexico, we have seen a crackdown on migrants, particularly in the state of Coahuila, where the governor has invested human and financial resources to prevent migrants from reaching “Piedras Negras and Ciudad Acuña,” said Alberto Xicotencatl Carrasco, director of Casa de Migrantes en Saltillo, one of several groups making the allegations. “On the one hand, border towns like Piedras Negras and Ciudad Acuña are considered safe for migrants, but getting there has become more complicated.”

The abuse allegations come as President Joe Biden met with his Mexican counterpart on Tuesday, Andres Manuel Lopez Obrador. The two seem to be at odds over migration issues, the war in Ukraine and energy, among other topics.

The two leaders were to discuss ways to expand guest worker programs for migrants from Mexico and countries beyond. At the heads of state meeting, advocates called on the United States to restore access to asylum at its border and stop pressuring Mexico to clamp down on migration. Indeed, the outsourcing of immigration enforcement to Mexico has generated abuses against migrants, said Maureen Meyer, vice president of programs for the Washington Bureau for Latin America.

WOLA and a group of 87 nonprofits sent a letter Monday to Biden and Lopez Obrador, urging both administrations to stop focusing on “policies of deterrence that clearly aren’t working. What it does is expose people to more danger, more abuse, extortion, corruption and forces migrants to take more dangerous routes or travel hundreds of miles as we see in across Mexico, including Coahuila.

Meyer said the situation in Coahuila is “unique in that it’s a very state-funded effort, and sadly, done in response to Governor Abbott trying to use Mexican governors as currency. exchange for his own political ambitions in the United States. ”

Abbott has made border and immigration security top campaign issues. His move to add truck inspections was accompanied by other efforts to deter smuggling and illegal crossings, including busing some migrants from the border into Washington.

As traffic rises and falls, Abbott says inspections that led to tight border will continue

In an effort to save face, Abbott summoned the four Mexican governors who marched past the Texas governor at a press conference in April as he sought what he called border security agreements. “historical” – which mostly described what states were already doing. .

Riquelme was one such governor, and among the group he seems to have taken the message more seriously than others.

Javier Garza, a freelance journalist and radio commentator, said Riquelme’s administration “is not doing anything substantially different from what it was already doing over the past three years when the crackdown began. I think they are just increasing their presence, the footprint is bigger and the different operations more visible than before, to prevent migrants from reaching Texas.

Several immigration checkpoints, manned by state authorities, have sprung up across the country since 2014, part of a bilateral US-Mexico plan to stop migrants reaching the southern border the United States. The measures caused widespread misery but did little to stop asylum seekers and migrants trying to reach the United States

A group of Coahuila citizens has documented instances of local and state authorities setting up checkpoints via Facebook Live. Video shows what appears to be state and local police putting migrants into the back of pickup trucks, according to the narrator, and chasing them out of town, throwing them out of the truck, like “trash cans”, ” animals,” says the narrator. . A woman hits the sidewalk. The incident happened in Nava, Coahuila, according to the video.

Neither the mayor’s office nor the Nava police chief returned calls seeking comment.

The video was sent by Xicotencatl, who added that his office had verified the incident, but said migrants generally do not file abuse complaints for fear of reprisals. The Dallas Morning News could not independently confirm the incident.

“We have documented cases where migrants are told this is not a place to be, or are forcibly removed,” Xicotencatl said. “And we don’t know who is giving the order – the government or organized crime. There is really little clarity on this front. But there are disproportionate levels of abuse by the state of Coahuila.

The actions of the state of Coahuila are “illegal”, said Mario Lino Garcia, an immigration specialist and director of the Clinica Juridica Migratoria (Judicial Migration Clinic) at the University of Nuevo Leon in Monterrey.

In some ways, it looks like Texas is following in Coahuila’s footsteps. Abbott last week ordered state police and National Guard troops to take unauthorized immigrants they apprehend to ports of entry, rather than waiting to hand them over to federal law enforcement officials. internal security.

Following the Texas governor’s decision on Friday, Lopez Obrador attacked Abbott, saying he would urge Mexican voters in the United States not to vote for “anti-immigrant” candidates.

On the FOX News program Sunday morning futures, Abbott accused Lopez Obrador of not doing enough to stop migrants entering Mexico and possibly Texas, and shot his opponent in the gubernatorial election.

“Can you imagine anything worse in the United States of America than Lopez Obrador working with Joe Biden? Working with Beto O’Rourke? He said such a scenario “would be a disaster, a crushing disaster from which we may never recover.”

As the barbs fly, the migrants continue their journey north. A painting from Monterrey The North The log shows that the Del Rio sector on the Texas-Coahuila border is second only to the Rio Grande sector in the number of migrant encounters with Customs and Border Protection.

At a migrant shelter here in Monterrey, Francisco Cabrera, 32, was among a group of migrants arrested by state authorities in Coahuila. He was waiting to hear from his “guide” – a human smuggler – about their next move. He said he was heading to Dallas to work in construction. Going through Coahuila was always the priority, but “the checkpoints and the processing by the authorities were tough,” he said, describing how he walked with entire families for hours in temperatures over 100 degrees.

“Maybe we’ll get on a tractor-trailer, or find another route,” he said. When asked how worried he was about the dangers ahead, Cabrera replied, “What people don’t understand is that we don’t have life back home. It’s almost as if we were dead. So we risk everything to get back to life.