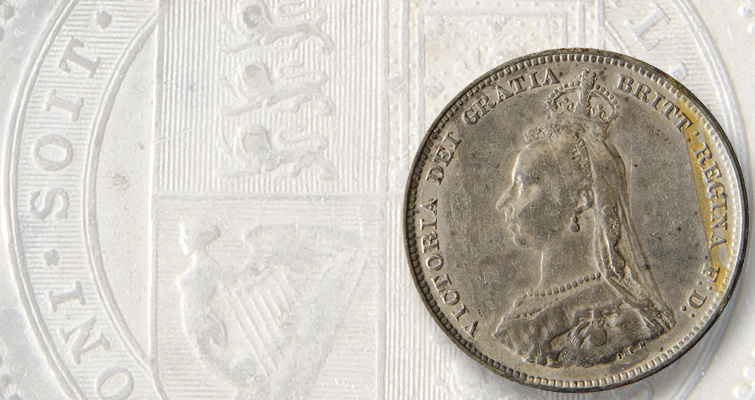 The recently dismantled Robert E. Lee Memorial in Richmond, Va., yielded not one, but two capstone boxes encased in the memorial, containing historical items, including coins and paper money, which provide an overview of the monetary history of the region since the American Civil War.

The memorial, with a bronze statue of the Confederate States of America, General Lee on horseback, was dismantled from late 2021, and the cornerstone boxes – one of lead and the other of copper – have been removed by the Virginia Department of Historic Resources for content. to photograph and catalog.

Then Virginia Governor Ralph Northam ordered the removal of the equestrian statue of Lee in 2020, amid global protests against institutional racism sparked by the May 25, 2020, police killing of George Floyd in Minneapolis.

Lee’s statue was only removed in September 2021, after a court cleared the way. In early December 2021, Northam also ordered the removal of the monument’s plinth.

Records held at the Library of Virginia indicate that Richmond residents, civic organizations and businesses contributed about 60 items to an official copper cornerstone box, including Confederate memorabilia.

State historians believe that the lead cornerstone box that was also found may have been placed unofficially in the monument, by someone associated with the construction of the memorial.

Leslie Straub, collections manager for the Virginia Department of Historic Resources, is still documenting, cataloging and photographing the contents of the two time capsules, much of which was sodden when removed.

Straub provided World Currency with images of many coins and paper money she has photographed before, many of which are pictured here.

In addition to the printed records, the cornerstone’s lead box contained a single numismatic item – a silver British half pence dated 1887, the year the Lee Memorial was dedicated.

The silver coin features a portrait of Queen Victoria on the obverse and the date on the crowned reverse.

The second cornerstone box discovered, made of copper and weighing 36 pounds, was recovered from standing water in the remains of the pedestal beneath the Lee monument on December 27, 2021.

The capsule contained a plethora of wrappers of paper-wrapped printed materials, including soaked copies of Harper’s Weeklyand a sodden Bible with an 1883 Seated Liberty silver penny stuck on it, along with more than a dozen large copper U.S. pennies and a representative number of Confederate States of America notes denominated from 50 cents to $100.

Most of the copper coins are badly worn, but those with discernable dates range from 1814 to 1845. None of the coins are yet assigned to the Sheldon die variety (as identified in William H. Sheldon’s first american centslater Penny Fancy).

Many copper coins had been wrapped in paper and placed in envelopes marked with handwritten details indicating the individuals or groups who had supplied the coins to be placed in the capsule.

The condition of the banknotes varies from heavily circulated and tattered to appearing to still be in newly printed condition.

Once the objects are all preserved, state historic preservation staff hope to put them on public display.

Is San Antonio FloatMe a Safer Alternative to Payday Loans?