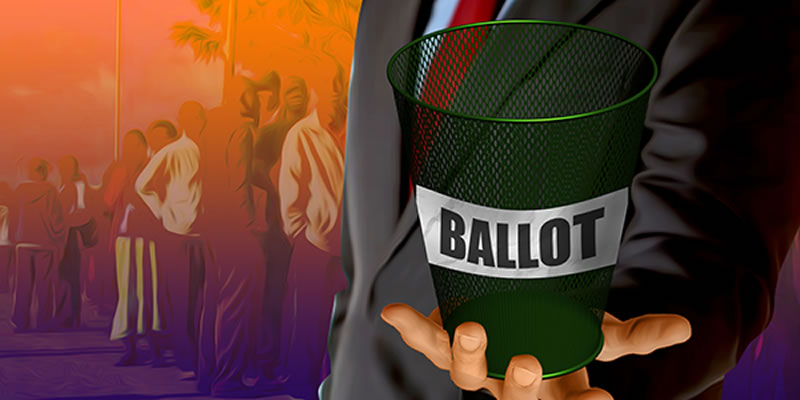 Looking at the sweep of twenty years, a generation, how did the Al Qaeda plane attacks of September 11, 2001 in New York and Washington affect relations between the United States and Kenya?

To start answering this question, we could create a counterfactual and imagine how things might have turned out without the shock and horror of the (partial) success of al Qaeda’s terrorist attacks that day, especially the falling bodies and the flaming collapse of the Twin Towers. from the World Trade Center. I think the basics of the relationship would probably have been quite similar.

Osama bin Laden’s declared war of al-Qaeda against the United States and its allies, including Kenya, was well advanced by September 11, but it had not received much attention from the American public and had little impact on American daily life. and politics. For me, working in the defense industry as a lawyer for a large aerospace company in their Mississippi shipbuilding operation, terrorism had been brought home a year earlier when the damaged hull of the USS Cole, which had been bombed by al-Qaeda off Yemen, was brought to us for repairs over the Gulf of Mexico on a giant heavy transport vessel. Coincidentally, I was in Northern Virginia at a seminar not far from the Pentagon on the infamous day of 9/11. We weren’t that â€œonlineâ€ at the time, and it wasn’t until a break that we saw a television set pulled into the hotel lobby that a plane crashed. on the Pentagon and gradually became aware of what was going on.

It was only then that most Americans really understood what Kenyans and Tanzanians saw and felt during the 1998 embassy bombings.

To understand what has changed and what has not changed in the US-Kenya relationship, we probably have to go further back in Jomo Kenyatta asks for US military aid from the Ford administration in the 1970s, through Minister Mwai Kibaki and others, when Kenya faced threats from Idi Amin from Uganda and potential hostilities from Siad Barre from Somalia amid a possible disruption of relations security forces with Ethiopia following the Derg’s overthrow of Haile Selassie and Britain’s reluctance to show support.

In 1977, under the Jimmy Carter administration, the United States had started to provide training to the police in Kenya. The Norfolk Hotel was bombed by Palestinian terrorists in 1980, in apparent retaliation for Kenya’s cooperation with the Israeli rescue operation at Entebbe in Idi Amin’s Uganda in 1976.

Hence, Kenya’s recognition of its insecurity in a “difficult neighborhood”, the associated exposure to terrorists, and the desire to rely in part on and cooperate with the United States on security matters, was a component of the relationship for years before al-Qaeda co-founder Osama bin Laden left Afghanistan for Sudan in early 1991, from where he reportedly funded jihadist militants and insurgents in many countries. America Operation Hope which provided famine relief in Somalia under President George HW Bush in December 1992, found itself with the United States involved in a clan war the following year as part of a peacekeeping mission of the UN, with al-Qaeda allegedly contributing to the “Battle of Mogadishu” fiasco that influenced America’s decision to withdraw in early 1994. Meanwhile, the first attempt to blow up the World Trade Center had stranded in 1993.

It was only then that most Americans really understood what Kenyans and Tanzanians saw and felt during the 1998 embassy bombings.

Although Sudan expelled Osama bin Laden who settled in Taliban-ruled Afghanistan in 1996, al-Qaeda continued to operate in East Africa and a few months after bin Laden’s attack in February 1998 fatwa against the Americans and their allies, possibly including Kenyans, the bombings took place against the embassies in Nairobi and Dar es Salaam.

Skeptical of America’s â€œnation-buildingâ€, George W. Bush took office in January 2001 on a platform of â€œcompassionate conservatismâ€ that has expressed itself perhaps most positively in the news. expansive aid programs that shaped the US-Kenya relationship. Of particular note are PEPFAR, the President’s Emergency Plan for AIDS Relief, promulgated in 2003, and the Presidential Malaria Initiative which began in 2005, in conjunction with the Millennium Challenge Corporation. The United States has been heavily involved in South Sudan, with diplomatic and back-office assistance efforts from Nairobi.

While the September 11 attacks immediately led to the invasion of Afghanistan and created the climate in which the long-simmering confrontation with Saddam Hussein turned into a “regime change” invasion in March 2003, two months before the passage of PEPFAR, the bases of the United States -Kenya, the relationship between health, humanitarian aid and security cooperation might not have been so different if the attacks on the United States were had not succeeded.

According to Congressional Research Service reports, over the years Kenya has generally received security assistance of around US $ 40 million per year, compared to around US $ 800 million for health, humanitarian and economic. Reports identified cooperation between Kenyan and US intelligence and paramilitary units to track down terror suspects within Kenya itself, but Kenya is not known to have participated in US efforts outside its borders.

The Ethiopian invasion of Somalia in late 2006 to displace the Union of Islamic Courts (UIC) and restore the transitional federal government in Mogadishu is a major example of cooperation that one might imagine has unfolded differently. While US officials have said they are not pushing this move, we have ultimately provided air support and cooperated with Kenya to “seal the border” to fleeing terrorism suspects. A controversy has erupted over “renditions”. It may be that in the absence of the September 11 attacks and the long and extensive “war footing” that followed, the United States would have either deterred the Ethiopian operation or followed a different policy in addressing the elements. al-Qaeda in Somalia with the rise of the UIC.

The foundations of the relationship between the United States and Kenya in terms of health and humanitarian assistance and security cooperation might not have been so different if the attacks on the United States had not. succeeded.

As it stands, the AMISOM force under the African Union was formed in early 2007 and radical UIC elements united under the name of al-Shaabab and announced an affiliation. with al-Qaeda, ultimately causing Kenya’s incursion in the fall of 2011 following kidnappings in the Lamu region. Although the United States reportedly explicitly discouraged this action by the Kenya Defense Forces, within months Kenyan forces were allowed to join AMISOM and thus began to receive reimbursements funded by the West.

Since 2011, Somalia has made significant gains in many ways, but a sort of shifting stalemate exists where al-Shabaab controls much of the territory outside the big cities and supports funding, while governance and security federal governments remain a work in progress.

Meanwhile, elements of al-Shabaab continue to recruit and carry out insurgency and terrorist attacks in Kenya. The attack on the Westgate shopping center in Nairobi which caused a lot of ink in the western media, the attack on Mpeketoni, the horrific massacre of Christian students at Garissa University, the attacks on buses and children bombings and the DusitD2 attack in Westlands, show a very wide range of actors, methods and targets.

How much would it really be different if Al Qaeda’s 9/11 attacks on the World Trade Center and the Pentagon had been foiled by intelligence services beforehand, or by some other intervention, such as by passengers in the Flight 93 which was shot down in Pennsylvania before it could reach its target in Washington? America might be different, and a lot of what’s happened in the world might be different. But, aside from the necessary impact of the war in Iraq that followed on the election of Barack Obama and then Trump, the relationship between Kenya and the United States may well be about the same today. .