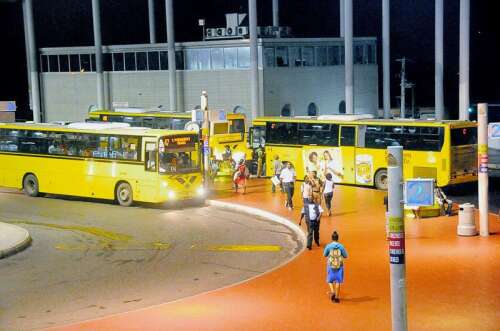 Jamaica Urban Transit Company says it has had a major challenge with fuel theft since its inception to the point where it cannot place a dollar amount on fuel theft.

The management of the Jamaica Urban Transit Company (JUTC) says it does not know exactly how much fuel is stolen from its depots, but is aware that the loss to the company is significant.

This as the company struggles to meet skyrocketing fuel costs in recent months, prompting it to appeal to its line ministry for more funds to meet these requests.

“JUTC has had a very big challenge with theft since its inception. We have tried to quantify the theft, but it has eluded us because we are running an operation that operates 24 hours a day, seven days a week, so at 2 or 3 a.m. morning activities can possibly take place. It’s a high-demand item on the road, and probably involves quite a bit of collusion, and it’s very difficult for us to cost that. We have a pretty good idea that there is a substantial figure there,” government bus company chief Paul Abrahams told the Public Administration and Appropriations Committee (PAAC) at Wednesday’s meeting, after Trelawny MP Northern Tova Hamilton asked about the cost of illegal activity to the company.

The MP argued that, based on this unknown dollar amount, JUTC’s accounts do not accurately reflect its operating expenses.

“If there is a significant amount of flying, that is segregated and separate from operations,” she claimed.

More than a year ago, Abrahams told the Jamaica Observer that the company was seeking to solve its fuel problems by having a separate entity manage the receipt and distribution of fuel at its sites. He said it would also eliminate the chronic problem of theft, especially at his depots, which are located in unstable communities. JUTC now buys its fuel from private entities, not the state oil refinery Petrojam.

JUTC noted that it had begun testing the use of natural gas as part of efforts to move towards fuel diversification and was exploring the use of biodiesel and other environmentally friendly energy options. the environment to improve operational efficiency and reduce emissions. This is supposed to reduce fuel costs by an average of 12% and extend the life of the units’ engines, as well as provide real-time fuel burn and inbound, and reduce theft.

Meanwhile, committee chairman Mikael Phillips praised JUTC management for implementing some levels of savings given that it was only operating on half of the 450 buses it needed.

“I feel like JUTC doesn’t have the importance it should have. The impression is that you basically gave the JUTC basket team the task of carrying water”, he said, pointing out that 50 more buses would not significantly improve JUTC operations enough.

Phillips added that the lower number of unit deployments at the height of the COVID-19 crisis should have been used to conduct a thorough analysis of JUTC to examine its operations and routes.

In addition, the Permanent Secretary of the Department for Transport, Dr Alwyn Hayles, said the department is aware that JUTC will need several hundred buses and is developing a procurement plan.

“When we buy 50 buses at a time, the 50 buses seem to be considered a special project, [but] 50 buses should really be routine. If you operate a number of buses, you should be able to talk about replacing 8-10% of your fleet every year, if we get 10 or 12 [use] of every bus,” he said, while Abrahams informed the committee that there are approximately 200 buses in the JUTC asset register that have been written off or cannot be repaired.