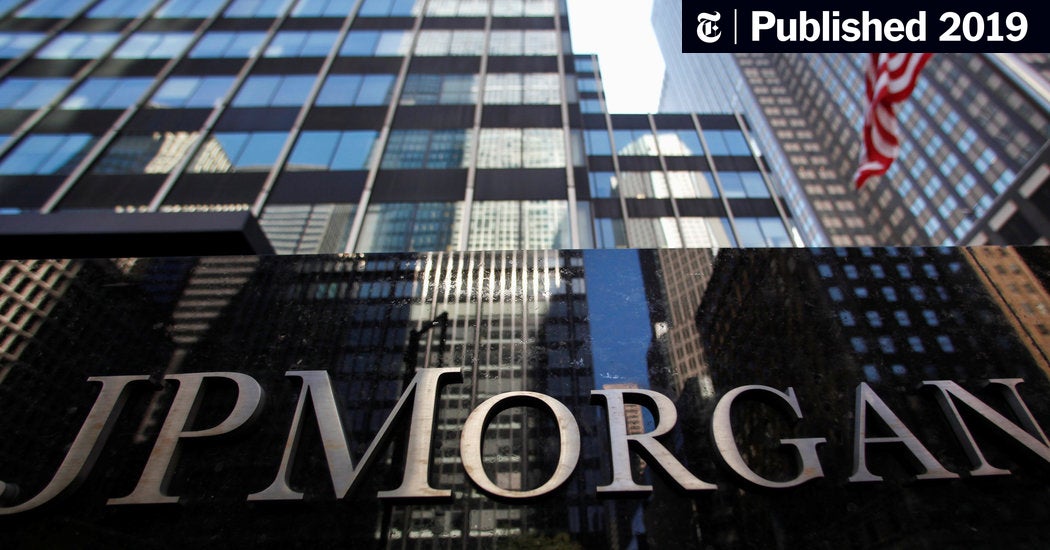 JPMorgan Chase becomes the first major U.S. bank with its own cryptocurrency

In 2017, Jamie Dimon, managing director of JPMorgan Chase, declared Bitcoin to be a “fraud” and said any employee caught trading it would be fired for being “stupid”.

On Thursday, JPMorgan became the first major bank in the United States to introduce its own digital token for real-world use, the latest step in Wall Street’s evolutionary approach to the blockchain technology that underpins cryptocurrencies. like Bitcoin and Ether.

Although he questions the legitimacy of Bitcoin, Mr Dimon said he recognizes the potential of blockchain in the future of the global financial system. And JPMorgan has already released a blockchain platform, Quorum, which several institutions use to track financial data.

With the announcement of its coin, JPMorgan expands its experience and strives to make the idea of ​​digital currencies more palatable to its generally risk averse corporate clients.

“Customers hired us, saying they needed a way to transfer money over the blockchain,” said Umar Farooq, who leads JPMorgan’s blockchain efforts, in a telephone interview.

The bank’s token is unlikely to wreak havoc on the financial system anytime soon. Because it will be managed by JPMorgan, it lacks the core qualities that have made cryptocurrencies so radical: the absence of middlemen and regulatory oversight.

JPMorgan will control the JPM Coin ledger, and each coin will be backed by a dollar in JPMorgan accounts, giving the coins a stable value. This means that JPM Coin will not be subject to the savage price volatility that has drawn speculators to other cryptocurrencies.

The bank is following in the footsteps of several smaller players who introduced similar digital coins linked to the dollar. A consortium of European banks has developed a similar product, Utility Settlement Coin, which would allow money to be transferred between banks more quickly. Several cryptocurrency exchanges already have their own so-called stable coins.

The JPMorgan version will be less useful than other similar products because it will not be possible to move it outside of the company’s own systems, at least initially. In addition, it is still under testing and is not yet available to customers.

But the entry of a major Wall Street bank into the market shows the mundane ways in which cryptocurrency technology began to gain traction in the mainstream financial system a year after the prices of Bitcoin and others. Digital tokens have collapsed dramatically.

The company said it started work last year on what has become JPM Coin to help its big customers, including large corporations and other banks, transfer money quickly and securely. (JPMorgan says it provides banking services to about 80% of Fortune 500 companies.)

Essentially, when customers want to move dollars using the bank’s blockchain system, the money in their JPMorgan accounts will be converted into JPM coins, each backed by a dollar in the JPMorgan accounts.

The token will be able to move almost instantly across the coin’s ledger, which will initially be based on JPMorgan’s Quorum blockchain. Once transfers are complete, coins can be converted back to dollars.

The advantage of such a token, Mr. Farooq said, is speed. Customers who want to move huge sums of money would traditionally have to do so by wire transfer, a process that can take hours or even days. With international transfers, changes in exchange rates during long lead times could end up increasing customer costs.

Mr Farooq said JPMorgan’s offer would be useful for large clients, but not for small speculators who are generally interested in cryptocurrencies.

“This is designed specifically for institutional use cases on the blockchain,” he said. “It was not created to be for public investment.

Skeptics wondered why a blockchain ledger was needed to transfer money between JPMorgan bank accounts.

“JPMorgan’s choice to issue a stablecoin on a closed blockchain is not a new concept,” said Lawson Baker, founder of Relayzero, a fund that invests in blockchain projects. “This sounds a lot like the desire of companies to launch intranets that compete with the open Internet system in the 90s.”

Typically, blockchains are used when businesses wish to transfer data or money between institutions that might otherwise have difficulty reconciling accounts. Blockchain technology allows multiple computers to maintain a shared set of records.

JPMorgan said he hopes to increase the versatility of his piece. Over time, for example, it could be expanded to represent currencies other than the dollar. First of all, however, the testing phase must be completed.

After that, JPMorgan plans to work with regulators to obtain approval for broader uses of JPM Coin. This process could take at least several months, Mr. Farooq said.