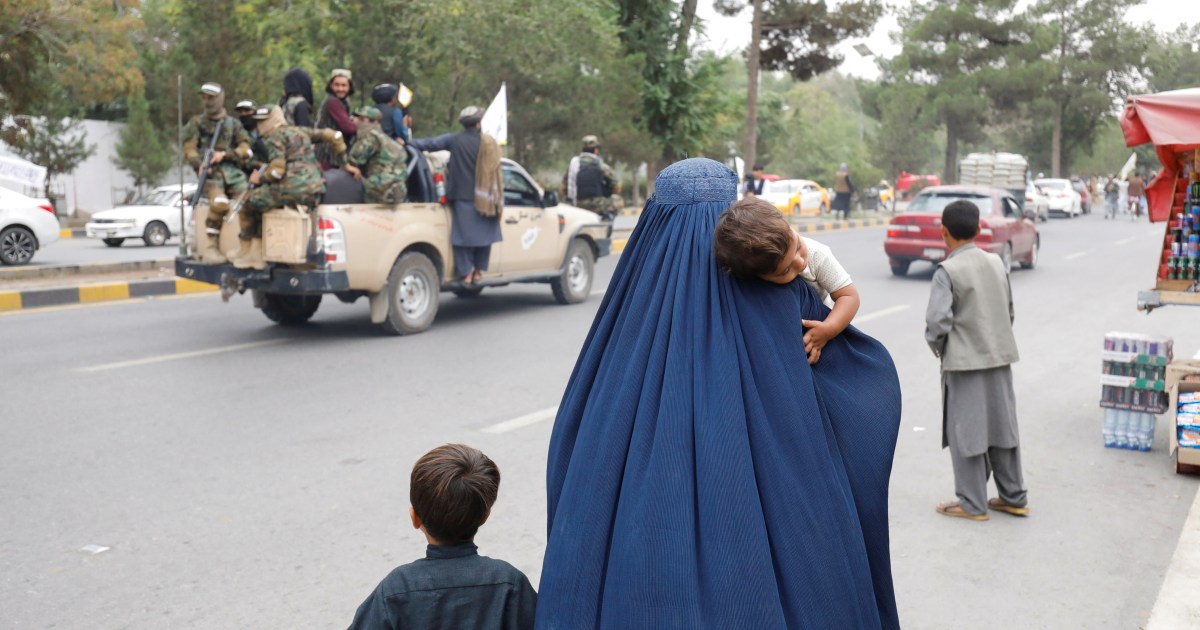 Afghanistan’s year under the Taliban has been dark. The country collapsed economically with the Taliban takeover and US troop withdrawal last August, as aid dried up, Taliban sanctions went into effect and a regime without of international recognition led to the freezing of Afghan central bank reserves held abroad. The country’s cash evaporated, its currency plunged, inflation rose and people lost their jobs, in turn triggering a massive humanitarian crisis.

As Afghanistan faded from the headlines after those chaotic weeks last August, its people faced starvation, its children malnourished. Aid officials have warned of a catastrophic winter. Humanitarian organizations feared they would not respect sanctions even for humanitarian aid; in December, the US Treasury granted workarounds so that the delivery of money for humanitarian purposes would become easier. The United States gave more than $1.1 billion in humanitarian assistance to Afghanistan in the past year; the UN launched its biggest-ever single-country appeal for Afghanistan — more than $5 billion — in March, raising about half that amount. In the end, the worst of the winter humanitarian crisis was averted thanks to such assistance – but some 19 million people – half the population – still face acute food insecurity. Ultimately, an indefinite supply of humanitarian aid is not a sustainable balance for Afghans. They need an economy that works.

The rights situation is also dire, especially for women and girls: girls have been denied secondary education by the Taliban since last August, their dreams and ambitions shattered; women are segregated in the workplace, largely removed from the public sphere, forced to cover up, their movements requiring a male chaperone. There were reports of revenge killings and kidnappings for those working within the framework of the republic, including the security forces; journalists were arrested and beaten.

None of this was unexpected with a Taliban takeover. Anyone who had studied the group’s behavior when it came to power knew that any hope of Taliban moderation was a pipe dream. Yet the central promise of the administrations of former US President Donald Trump and US President Joe Biden regarding withdrawal was that we would leverage with economic tools, in terms of sanctions and aid removal, that we could use to get the Taliban to moderate – or at least compromise on rights concerns – if that took over. It has to be said, one year after the withdrawal, that the promised economic lever has not worked; in fact, it doesn’t really exist. No alleged Western “pressure” on the Taliban has changed its policy. There is also no pressure from Muslim countries, including Pakistan, which has long had relations with the Taliban. (The Taliban, for their part, have conveniently blamed the West for Afghanistan’s economic troubles.)

The Taliban are still the fundamentalist group they were when they came to power from 1996 to 2001. In any important decision, whether on girls’ schooling or freedom of movement, it is the hardline faction of the group, the management in Kandahar, it wins.

How U.S. policymakers are trying to improve the situation

The Biden administration has engaged with the Taliban over the past year to try to find a way to improve the situation for Afghans without benefiting the Taliban. The political approach has been reactive and therefore delayed – as with the US Treasury’s workaround on sanctions and the September 14 decision to create an “Afghan Fund” based at the Bank for International Settlements in Switzerland that will house half of the $7 billion in frozen Afghan central bank reserves (half held for legal claims by families of 9/11 victims). The fund’s charge is “to help alleviate the economic challenges” facing Afghanistan; the idea, if it works, is that it will be able to restore some measure of liquidity to the Afghan economy and consolidate its currency. Liquidity will ensure, for example, that Afghan teachers and health workers, who are already working, can be paid; supporting the value of the currency can in turn reduce inflation. It’s an unusual arrangement with a board of directors made up of two Afghan economic experts, a US government official and a Swiss official; there is a real question of whether it can work. The Taliban have already rejected it.

The US government has also said it will not return the funds directly to the Afghan central bank until it can “demonstrate political independence from the Taliban, implement anti-money laundering guidelines money and add a third-party controller”. His attempts to get the Taliban to accept these conditions did not work – hence the notion of the Afghan Fund.

The creation of the Afghan Fund (assuming it works) is a significant step forward and the culmination of hard work by the State Department to try to find a workable solution to its Afghan conundrum. Restoring liquidity to the Afghan economy is the right thing to do. But as with all Afghan policy since the withdrawal, is it too little, too late?

The approach the Biden administration has taken in Afghanistan contradicts an early assumption that negotiations with the Taliban might work, and appears to start from that premise. Workarounds were only found after it became clear that the sanctions are here to stay (because the Taliban refuse to moderate their policies) or after it became clear that there is no there is no feasible way to ensure that the central bank operates independently of the Taliban. Afghans have paid a heavy price – literally going hungry – given these delays in American policy.

Looking back, nothing about the current moment was too difficult to predict. One can go back to the Trump administration’s Doha agreement, signed in February 2020, and realize that its terms, which demanded nothing from the Taliban and gave them so much in return, were actually those of surrender. The Taliban and the Afghan government were then supposed to negotiate in good faith, to reach some sort of power-sharing arrangement. Neither had much of an interest in doing this, the Afghan government believing we would never leave, and the Taliban were simply running out of clock in taking over militarily. We warned the Taliban that a military takeover would make them outcasts; in vain. The Afghan war, ultimately, had no solution. The war on the Taliban was not winnable, but the pullout narrative – the premise that we would have actionable influence over the Taliban or be able to exert significant pressure – proved equally false.

The Doha agreement, the fall of Kabul into the hands of the Taliban, the madness of the last few weeks of the withdrawal, all failures in turn, pointed to the year to come. One wonders why the American government has not been more lucid and better prepared. A more proactive policy approach to Afghans’ economic problems — for example, taking steps to provide cash to their economy sooner, without benefiting the Taliban — could have eased the plight of ordinary Afghans over the past year. They are already suffering under a regime they did not choose.