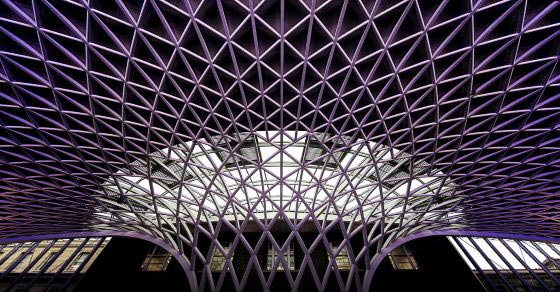 Before the Federal Reserve meeting on June 17, the US dollar was flat for the year (after falling 6% in 2020). During the month of July, currency markets sought confirmation that the Fed would signal a tightening of monetary policy. Despite a Fed forecast indicating that interest rates could rise by the end of 2023, comments from Fed governors suggest that no timetable has been discussed. Regardless of strong US economic data, in the absence of further guidance from the Fed, investors can expect the value of the USD to be determined by investor sentiment.

US economic activity has returned to pre-pandemic levels, although unbiased data is pending. As public vaccinations increased and people felt safer, second-quarter GDP rose 6.5%, driven mainly by consumer spending. Year-on-year comparisons are considered biased, however, as economic data has yet to show an impact on currency markets. Nevertheless, forecasts of a strong US economy in the second half persist and keep bearish investors on the dollar nervous. Moreover, according to the IMF, the pandemic continues to control much of the global economy as only 40% of the population in the developed world and 11% of the population in emerging markets are vaccinated. Currency exchange rates will be affected by the pandemic, as countries with low vaccination rates may be forced back into lockdown.

Chinese regulatory measures led to massive sell-offs in equities and renminbi. The Chinese renminbi lost around 0.7% on news that listed education companies would essentially be transformed into nonprofits. The move came after what many investors saw as harsh regulatory treatment by Chinese authorities of some of China’s largest and most successful tech and e-commerce companies. Nevertheless, the renminbi regained lost ground after China rushed to hold a conference call to explain that the new regulations are do not an indication that other sectors were under surveillance. China hopes to make the renminbi a more widely used currency, but shocking markets and investors with new regulatory impositions will reduce demand.

The Fed concluded that “the economy has made progress” and that inflation is less of a threat. Importantly, the Fed does not consider this year’s increase in the inflation rate to be persistent. Fed Chairman Jerome Powell said supply bottlenecks have led to industry-specific price increases, and once factories reach capacity and transportation will run smoothly, price increases will stop. Moreover, temporary inflation will not lead to a tightening of monetary policy. The Fed’s stance of favoring lower interest rates puts pressure on the US dollar for longer, especially if other central banks start raising rates sooner.

Inflation. The June reading for inflation (Core CPI) came in at 5.4% from a year ago. The higher-than-expected reading may be explained by last year’s depressed prices during the lockdown and industry-specific supply bottlenecks. Despite higher inflation data, consumer expectations for inflation remained subdued. The University of Michigan survey shows that investors expect inflation in the next 5 to 10 years to be 2.9%. (The same study averaged 2.8% over the past 20 years). High and persistent inflation will weaken a currency. Since the early 1980s, the US dollar has been supported by relatively subdued inflation rates; investor sentiment expects this to continue.

US-China relations. After last March’s meeting in Alaska, a second meeting in Tianjin, China hoped to strike a more positive tone. Unfortunately, the meeting between President Biden’s team and Xi Jinping’s team has barely progressed. US Under Secretary of State Wendy Sherman said the four-hour discussion was “brutally honest” and her counterpart, Vice Foreign Minister Xie Feng, called the relationship “at an impasse”. The renminbi will likely strengthen against the US dollar if both sides can avoid economic retaliation.

The debt ceiling could limit the supply of US government bonds. The US Treasury is limited by law as to the amount of national debt the country can bear (the debt ceiling). Congress will likely seek to raise the debt ceiling to free up the supply of US government bonds. Additionally, the Fed is buying US Treasuries as part of its bond-buying policy to support the US economy during the post-pandemic recovery. Investors are looking for a place to park their cash, and short-term Treasuries (and the funds that buy them) are an obvious choice. As Treasury yields fall, the Fed took emergency action to support overnight rates at 5 basis points. When/if the debt cap is lifted, US Treasury yields could experience a sudden increase. Demand from international investors will also likely increase if Treasuries have a higher yield. Rises in the US dollar would follow.

Investor sentiment will continue to drive USD volatility. The US dollar strengthens with investor risk aversion and weakens with investor risk aversion, such as when stock markets strengthen. In SVB’s Third Quarter Economic Report, Dr. Ivan Asensio, Head of Risk Advisory, discusses the impact of risk sentiment on the USD and expects more risk and risk moves. Currency market volatility will likely continue as the post-pandemic economic recovery spreads around the world. The volatility caused by shifts in sentiment highlights the need to manage currency exposures and presents opportunities for companies to secure favorable exchange rates.

For more information contact your SVB FX Product Advisor or the FX team at [email protected].