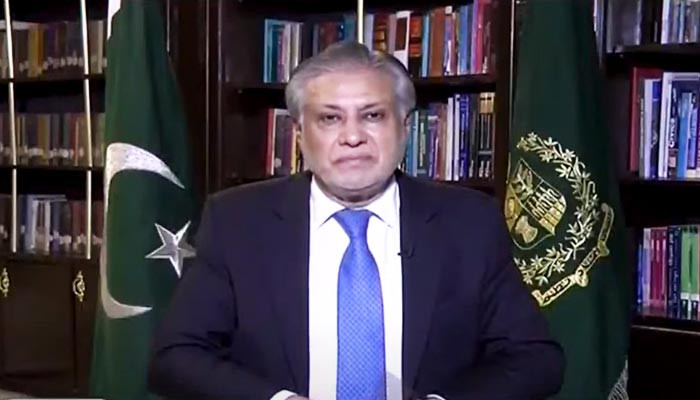 ISLAMABAD: Ishaq Dar, Minister of Finance pledged on Monday to bring the dollar back below 200 against the rupee as he accused PTI chairman Imran Khan of destroying the country’s economy.

Speaking during the Geo News’ program talk about the capitalthe Minister of Finances said that the real value of the Pakistani rupee is below 200 against the greenback and will be driven lower as it is currently undervalued.

Suggesting that the PTI leader remain a “blue-eyed boy”, Dar said only Khan was destined for “a deal and dheel (favoritism)”.

Further commenting on the political achievements of the PTI President, he said it was “the result of agreements”.

“Imran Khan staged the sit-in based on an agreement,” he said, adding that the PTI chairman had held Islamabad “hostage” for 126 days, which also delayed a year. an the China-Pakistan Economic Corridor (CPEC) project.

Warning him of serious repercussions, Dar urged Khan to take it seriously and stay within his limits.

The finance minister further added that Khan and his entire team are obsessed with him as they fear that the PML-N will again stabilize Pakistan’s economy like they did in 2013.

Dar reiterated his suggestion that the country needs an economy charter.

“Pakistan Bureau of Statistics (PBS) is an independent institution and it is not involved in manipulation activities,” Dar said when responding to a question about PTI leader Hammad Azhar, accusing the finance minister of manipulate economic data.

Coinbase suffers ‘major outage’ for customers with US bank accounts