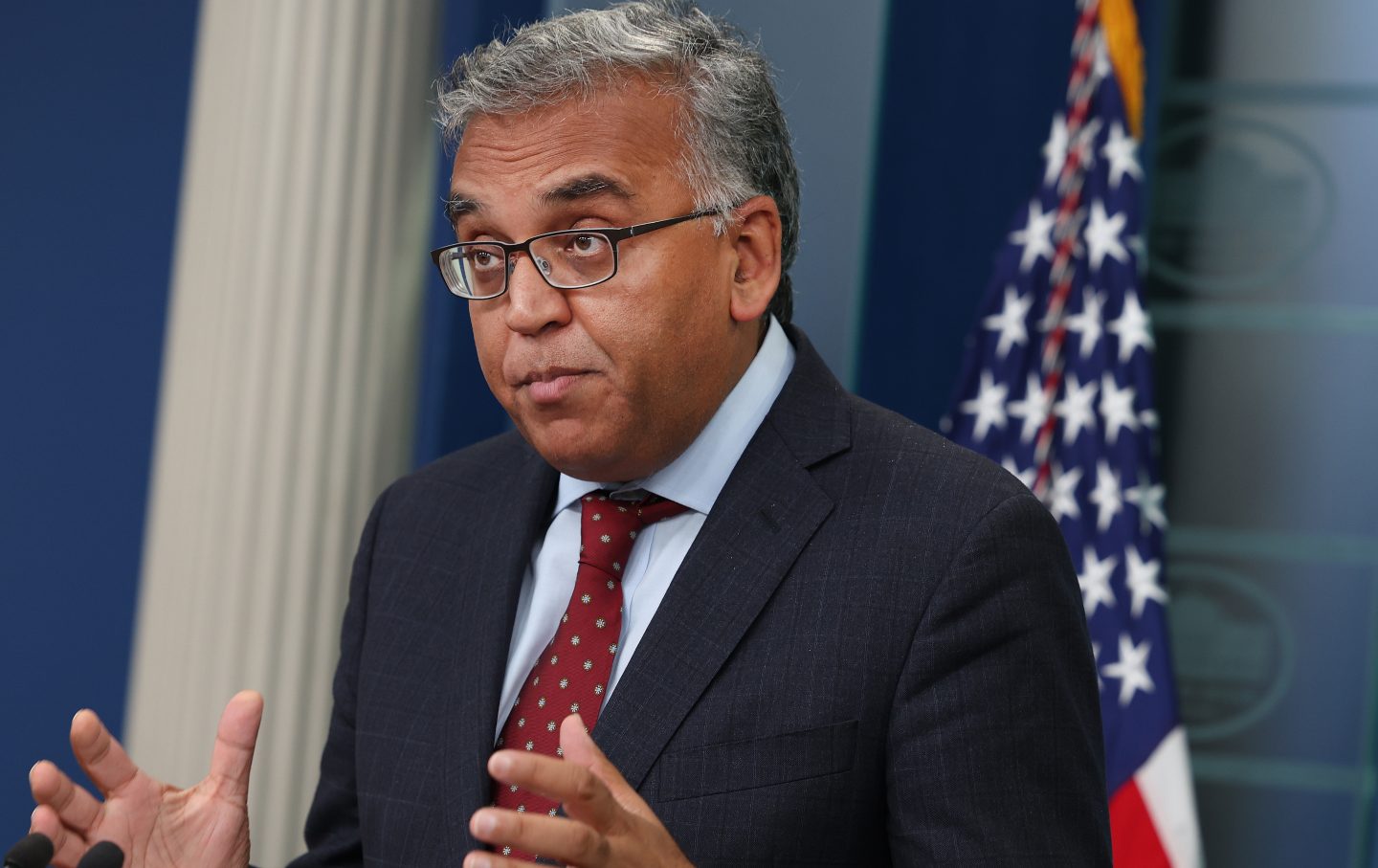 Thank you for registering for The nationweekly newsletter.

Thank you for signing up. For more than The nationsee our latest issue.

The nation is supported by readers: Donate $10 or more to help us keep writing about the issues that matter.

Did you know you can support The nation drinking wine?

Last summer, getting vaccinated was promoted as the most fun, fashionable and sexy thing a person could do. Free vaccines and boosters were central to Biden administration policy and messaging. The sense of hope, progress and even connections enabled by vaccines crystallized in Juvenile’s upbeat single “Vax That Thang Up” – perhaps the only credible Covid-related US public health message to date. . Iconically, the video featured scenes from a pop-up vaccination site, with a health tech/rescue dancer in a face shield and rapper Juvenile “making it rain” with white CDC vaccination cards. The unsung hero of this cultural moment, of course, was the large federal spending guaranteeing the national supply of vaccines.

Unfortunately, this philosophy of good vibes and abundance has apparently reached its expiration date, even as the United States puts new Omicron boosters on tap. Recently, the coronavirus response coordinator, Ashish Jha, announced that the federal government would end its spending on Covid vaccines, treatments and tests this fall. The popular federal program that sent Americans free home Covid tests was then shut down on September 2. But judging by the tenor of recent public comments, you’d think the good times were still rolling. Last month, Education Secretary Miguel Cardona said the CDC’s much more limited new guidelines for Covid in schools should provide “students, parents and educators the confidence they need to return to school this year with a sense of joy and optimism. ” In his comments on the end of federal funding, Jha said, “I hope that in 2023 you will see the commercialization of all these products.

Admittedly, none of this sounds like particularly joyful and hopeful news. The United States will be among the first countries to stop providing free Covid vaccines and treatment, leaving low-income people – an overrepresented group among pandemic victims – with even less protection. After the end of free vaccination, as Neil Sehgal, a health policy specialist at the University of Maryland,commented, “We are going to enter a phase where we can practically wipe out deaths among the well-insured.” The inequity this entails is no cause for celebration, nor is there any guarantee that Congress will back the White House’s latest pandemic spending request. As vaccine funding dries up and CDC guidelines are reduced to studs, the message is – remarkably – still one of optimism. If the Biden administration offers a dose of austerity, it is following it up with a toxic tonic of positivity.

It’s easy to see why the Biden team would want to remain optimistic, given their efforts to spin the administration’s challenges with the messages “We did what we said we would do” and “Covid is out of control. our lives”. But ignoring the country’s Covid death toll – which, on the eve of the 9/11 anniversary, currently equates to another Twin Towers attack every week – won’t help get the resources needed to control the pandemic. Over the past year, we’ve seen a disturbing pivot of yearning for acceptance in pandemic politics — with CDC and White House officials normalizing high levels of deaths and other mediocre results rather than developing a roadmap to reduce them to the lowest possible levels. In a woefully underperforming move, earlier this year administration officials debated internally precisely how many deaths per day might be acceptable to the public.

The official response to these results has been, in fact, a policy of non-politics. Since the spring of 2021, US leaders have issued increasingly threadbare and permissive Covid advice, such as allowing people who test positive to be released from isolation after just five days, even as mounting evidence show that most continue to test positive beyond this limited window. Local authorities – caught between a public repeatedly told the pandemic is over and reckless national leaders – have been left to fend for themselves. The policy vacuum around Covid is forcing businesses, childcare providers, camps and religious committees to make decisions that should rightfully be made by national institutions, as policy experts recently wrote of health Wendy Netter Epstein and Daniel Goldberg.

If calls to “follow the science” dominated in 2020, policymakers and pundits are now pivoting to follow the public — or a handpicked version of public opinion. Polling data shows most of the public – albeit fatigued by a pandemic that has resulted in extra innings – continues to support common sense Covid measures. But despite continued public enthusiasm for vaccines and masks, officials claim to be “meeting the public where they are” — or “embracing the status quo as a political platform,” as physician Eric Reinhart put it on recently. This kind of reluctant, hands-off attitude suggests that policymakers themselves are unwilling to spend their political capital – and may also prefer to fight inflation, supply chain shortages and mid-term elections. -mandate looming. Republican filibuster has also been a key factor in preventing better Covid politics – yet Democrats have been more eager to imbibe the elixir of good news than denouncing the role of the GOP in undermining public health.

Increasingly sparse federal guidelines on Covid — call them Covid policy lite — have also been touted as a way to empower states and localities to make their own decisions. As BA.5 again sent cases skyrocketing, Ashish Jha said, “Local jurisdictions – cities, counties, states – should make decisions about mask mandates because communities are different and their modes of transmission are different. .” However, it is clear that the administration prefers certain local decisions to others. When the mayors of Philadelphia and Los Angeles announced mask mandates earlier this year, for example, some administration-aligned pundits took to opinion pages and other media to criticize city governments for doing exactly what Jha called it: making their own policies. 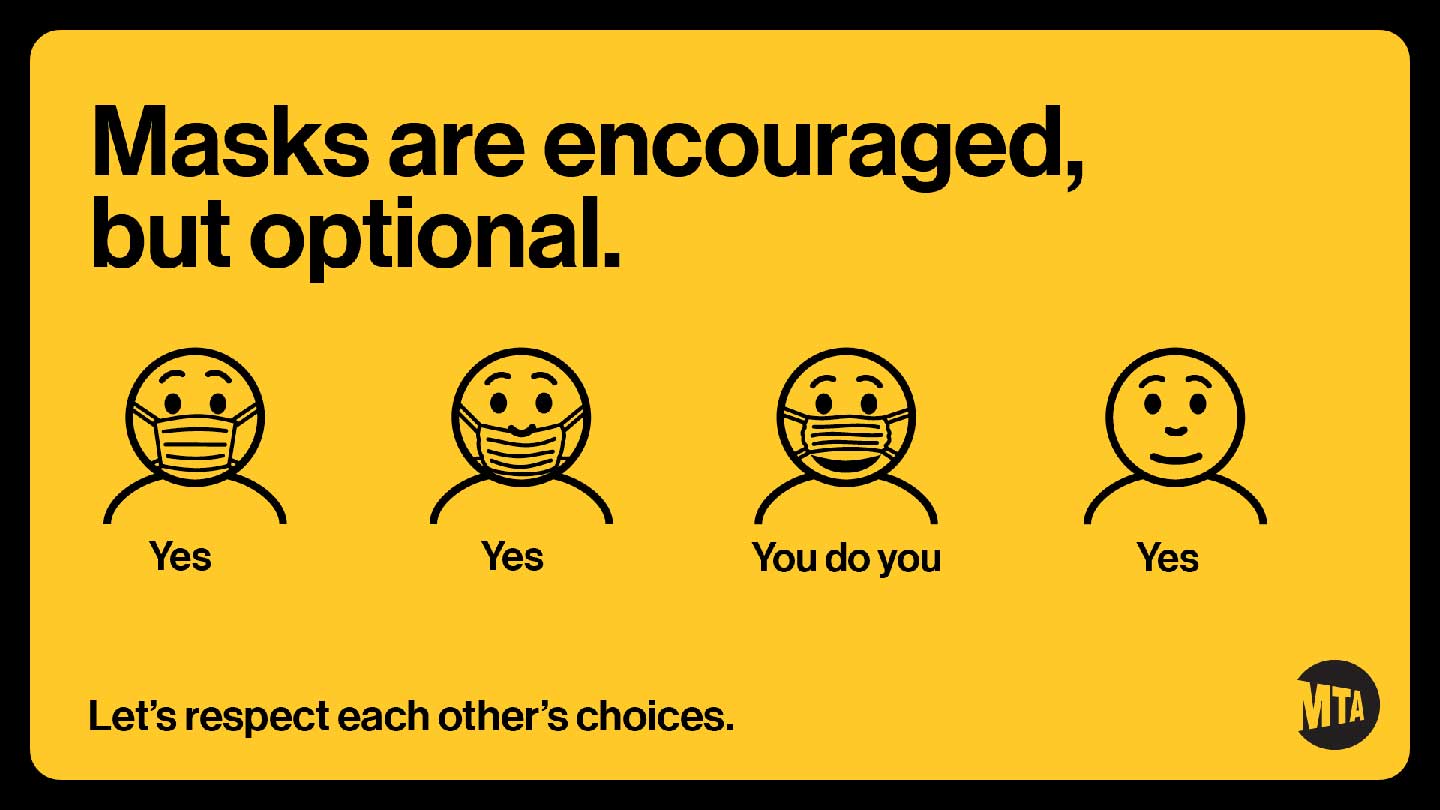 In the absence of federal standards and the political leadership to implement them, many local leaders have simply defaulted to lowest common denominator policymaking, often with troubling consequences for those most at risk. “Protecting the vulnerable” has been a common refrain in US Covid policy, but meaningful protection remains elusive. In an increasingly fragmented political landscape centered on personal choice — what one writer has approvingly called the “do you” approach to the pandemic, and which New York State has now made explicit in new posters announcing the end of public mask mandates – immunocompromised and other high-risk people are expected to ‘choose’ if and how to protect themselves in public places. Official guidelines have positioned non-pharmaceutical interventions, such as masking and social distancing, “as an imperative for the vulnerable and a choice for everyone else” – an approach that directly undermines the effectiveness of such measures, as the recently wrote Maggie Mills. Covid coordinator Ashish Jha argued that pharmaceuticals like Evusheld and Paxlovid are the best way to protect vulnerable groups, but also tended to gloss over barriers that prevent easy access to these treatments.

Over the past year, the United States has tried to extinguish the pandemic one small puff at a time, only to see it rekindle like magic candles. We collectively rode the short-term euphoria of calling out the pandemic, removing restrictions, and enjoying being “vaxxed, paxed, and relaxed”—and then repeatedly faced new variants and surges. And yet, the siren song of noncommittal fun remains intoxicating: The White House is now touting the pandemic’s “soft shutdown,” even as it refuses to foot the bill. But the party is really over, even if the promises of good times are not.