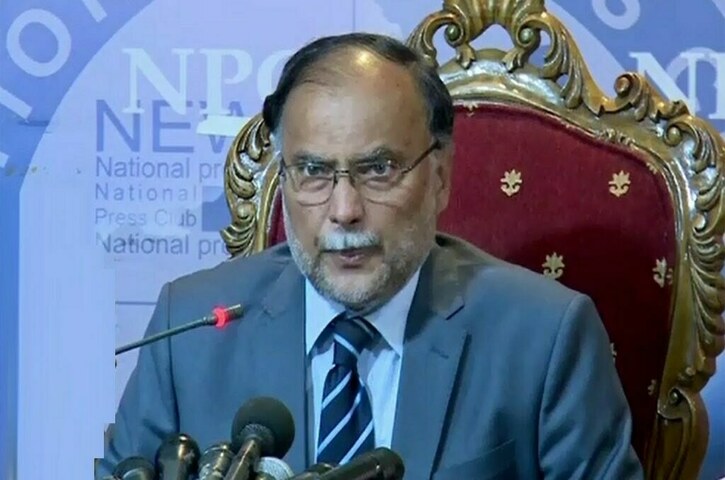 LAHORE: Calling the appreciation in the value of the dollar against the Pakistani rupee “artificial and speculative”, Federal Planning and Development Minister Ahsan Iqbal said on Saturday that the greenback would reach its real value, which is less than 200 rupees, as soon as it is processed the IMF is finalized.

“The real value of the US dollar against the rupee is less than 200 rupees and those who collected the greenback would suffer losses when this currency reaches its real level,” Ahsan said in a media interview on Saturday.

Criticizing the leader of the PTI for trying to spread “uncertainty and political instability”, he said that the PTI, during his almost four years of rule, had caused harm to institutions, in addition to committing a mega corruption. There is not a single project that PTI can lay claim to, he said.

He alleged that enough evidence has emerged against the PTI in a foreign funding case, but the party was still receiving funds and using them to advance political goals and agenda on social media against political opponents and institutions.

Ahsan Iqbal said the country is going through a phase of economic restoration and there is a need for Grand National recovery for which political stability is needed. He regretted that the PTI leadership is playing a game of creating unrest in the country.

Ahsan blamed the poor economic policies of the previous government which brought the country into a terrible situation and the current government had to take tough decisions to get the country out of this situation.

Additionally, Information and Broadcasting Minister Marriyum Aurangzeb said PTI leader Imran Khan and the foreign funding his party received was the biggest threat to the country. The person (Imran), who had received funding from the United States, was not allowed to talk about national security, she said, adding: “Instead of discussing the economy, Imran Khan should explain why he used the donations to run his party business”.

She said it was not befitting Imran Khan to lecture the current government as he was the one who got no response from foreign leaders despite several attempts.

‘We’re going to have to wake up’: Jeff Sessions tears up US policy with China, calls country ‘biggest’ threat