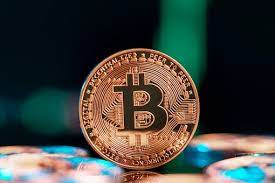 The battle between Bitcoin and the dollar is a loss for Bitcoin.

Due to the resurgence of dollar strength in recent weeks, the cryptocurrency market has been hit particularly hard. As the Dollar fell from its July highs, Bitcoin experienced a brief uptrend to $25,200. However, the strengthening dollar has since weighed heavily on crypto assets, crushing them. According to data from CoinGecko, Bitcoin is currently trading at around $18,810 at press time, still trading below the $20,000 mark as the Dollar rises.

The Federal Reserve’s rising interest rates are primarily to blame for recent dollar price gains. The Fed is restricting US dollar liquidity while raising interest rates to fight inflation. By increasing the cost of borrowing and reducing demand, this should help bring down inflation. The dollar, however, becomes a much more attractive investment as a result of such a regime.

Cryptocurrencies and stocks aren’t the only things to suffer from the strong dollar. Liquidity in the global economy is flooding the US dollars at a record pace as the Fed began raising rates to fight inflation ahead of other countries and has been increasingly aggressive in the scale of its hikes .

Market participants now have less money to invest in risky assets like stocks and cryptocurrencies due to tight dollar liquidity. This drives down demand, leading to lower asset prices. As part of its tightening policy, the Federal Reserve also stopped buying US Treasury securities. As a result, US bond yields rose, pushing up the value of the dollar by encouraging more investors to buy those bonds.

The “dollar milkshake theory” is the name that Brent Johnson, CEO of Santiago Capital, has given to this phenomenon. He claims that because the dollar serves as the world’s reserve currency, it will absorb liquidity from other currencies and nations of the world whenever the Fed stops producing.

The Dollar Milkshake theory seems to be coming true since the US Reserve Bank stopped printing money and started limiting liquidity in March. The Euro, which is the currency DXY gives the most weight to against the Dollar, has been falling throughout 2022 and recently hit a new 20-year low at 0.9780.

Not much better are other currencies around the world. On Thursday, the Japanese yen hit a 24-year low, necessitating government intervention to support the currency. The European Central Bank has raised interest rates in response to the weaker euro, but the Bank of Japan has so far refrained from doing the same. This is due to its active participation in yield curve control, which consists of keeping interest rates at -0.1% while buying an infinite amount of 10-year government bonds in order to maintain the yield. to a target of 0.25%. As things stand, it seems increasingly difficult for assets such as cryptocurrencies to gain strength despite the collapse of the global economy. Dollar hegemony and its aftermath may be coming to an end, but there are a few indicators for investors to watch out for. Investors may choose riskier assets in anticipation that the Federal Reserve will scale back interest rate hikes if consumer price index data released next month shows a significant decline. Additionally, by lowering the price of oil and gas, a resolution to the ongoing Russian-Ukrainian war would help alleviate the global energy crisis. The surge in the dollar currently shows no signs of slowing down, which could keep the cryptocurrency confined near its yearly lows.