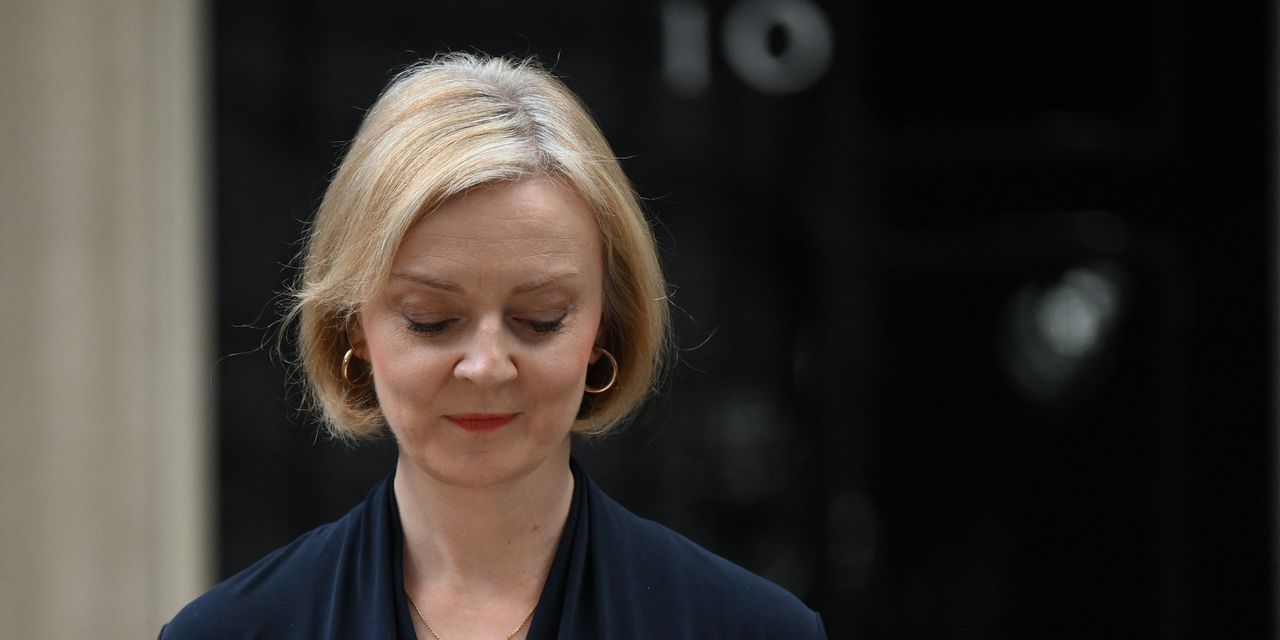 
About the Author: Larry Hatheway is co-founder of Jackson Hole Economics and former chief economist of UBS.

The resignation of Liz Truss as British Prime Minister helped restore calm to global equity, fixed income and currency markets. Whatever the merits or flaws of his “mini-budget” (and the conclusions are probably more nuanced than many commentators think), the general expectation of a return to more orthodox British fiscal policies has reassured markets.

As fleeting as the recent “government securities crisis” in the UK was, it served as a healthy reminder of heightened capital market vulnerabilities occurring during periods of high inflation and concerted central bank tightening. As investors’ assumptions and strategies implemented in times of low (or negative) interest rates and amid abundant liquidity are swept away, the fault lines related to excessive market positioning, strategies unsustainable investment strategies and excessive leverage become exposed. History provides many examples of what can go wrong financially when monetary policy is tightened, and the speed and magnitude of the 2022 rate hikes should only make investors and other concerned citizens more aware of the financial risk. .

In other countries and regions, therefore, the UK’s experience begs the question: could it happen here? The best answer to this question is an innocuous “maybe but not very likely”. But this answer only narrowly deals with financial risk. In a broader sense, we should be on high alert.

For starters, it seems unlikely, for political or institutional reasons, that any other country will fall victim to what has recently toppled the gilt market, sterling and the Truss government. Few countries, after all, have a starting point like Truss’s, namely a parliamentary system that allows the government to push through an unorthodox, hastily prepared fiscal expansion. The United States, for example, faces the looming prospect of a divided government by January, when (in all likelihood) Republicans will control the House of Representatives, if not the US Senate. The political stalemate will prevent much of what happens on the US fiscal front over the next few years. In Italy, Prime Minister Giorgia Meloni’s government, for all its past and current extremist rhetoric, knows that European Union financing and European Central Bank bond-buying support for Italy’s public debt relies on compliance with European budgetary rules.

But if one sees the British crisis as resulting from a political conflict (in the case of the United Kingdom between expansionary fiscal policy and restrictive monetary policy), then it is possible to identify other candidates at risk. For example, in Japan, an accommodative monetary policy juxtaposed with a tightening of global monetary policy has led to a sharp depreciation of the yen which is pushing up import prices and inflation, as well as an erosion of domestic purchasing power. Japan’s finance ministry was sufficiently concerned about the extent of the yen’s depreciation to order the

Another potential source of political friction is developing in emerging markets. Thanks to the Fed’s aggressive tightening, many emerging currencies have weakened against the US dollar, leading to soaring import prices (exacerbated by higher food and energy prices this year due to the invasion of Ukraine by Russia) and an acceleration of domestic inflation. With a few notable exceptions (Turkey, for example), emerging countries responded with rapid rate hikes to curb inflation and contain inflation expectations. But as global growth slows, the pain of higher interest rates is likely to be compounded by weaker exports and therefore deeper economic downturns. Will emerging economies have the political and institutional backbone to continue fighting inflation as growth slows and unemployment rises? If investors detect hesitation, the depreciation of emerging currencies could turn into a rout.

In the United States, the political stalemate could prevent an untimely fiscal expansion like the United Kingdom, but it could also raise concerns about Congress’s willingness to raise the debt ceiling. This happened before when Democrats controlled the White House (under Presidents Clinton and Obama) and Republicans had a majority in the House of Representatives. Conventional wisdom based on these earlier occasions suggests that Republicans will no longer engage in tightrope politics by default of government, but does conventional political wisdom take into account how partisan the modern Republican party has become and radicalized?

And then there are the “known unknowns” – suspected sources of risk that could manifest as large-scale market disruptions. Recently, the focus has been on liquidity concerns, including in the broad US Treasury market. The illiquidity of Treasuries may seem strange given the vastness of the market, but only to those who do not remember the financial crisis of 1998, when the illiquidity of US Treasuries led to a significant widening. the difference between Treasury bills (current issue) and Treasury bills. -run (already issued) Treasury securities of similar maturities. Large-scale dislocations in Treasuries are possible.

These concerns extend to the collateral role of treasury bills, which provide a borrowing safety net for a myriad of less creditworthy financial instruments and derivatives. If the supply of collateral decreases due to the scarcity of eligible instruments, securities lending and derivatives markets could be paralyzed, with a cascading effect on broader capital markets activity.

Also falling into the category of “known unknowns” are the large credit exposures that have built up in recent years, for example in China’s real estate sector, in many advanced economy housing markets, in the corporate sector and in financial markets. private credit. While the precise locations of financial risk typically vary from one tightening episode to the next, a common feature of financial stress is that it is the byproduct of protracted, large-scale financial flows made when monetary policy was flexible and cheap credit. Similarly, as the International Monetary Fund recently noted, risks can be amplified by investment instruments, such as open-end funds that promise investors daily or weekly cash, even if invested in generally hard-to-sell assets (i.e. lending and borrowing liquidity mismatches).

In sum, the exact experience of the UK crisis is unlikely to be replicated elsewhere due to longer-lasting political or institutional safeguards. But financial strains and crises are the norm when monetary policy is tightened. There are plenty of candidates for something to go wrong. Investors, policymakers and other interested observers would do well not to claim victory over Truss’ departure.

Guest comments like this are written by writers outside of Barron’s and MarketWatch newsroom. They reflect the views and opinions of the authors. Submit comment proposals and other comments to [email protected].