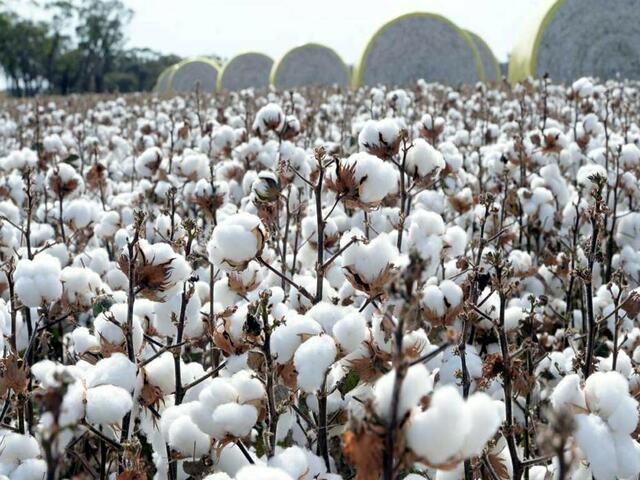 KARACHI: An extraordinary increase in the spot rate of Rs 3,500 per maund has been reported. Ginners and spinners are worried about crop damage from continuous rains. It is estimated that around 60 bales of cotton will need to be imported, but due to the continued rise in the value of the dollar, imports are becoming more expensive. Exports have become difficult due to the recession in international markets.

Due to the terrible financial crisis, there is uncertainty in the market and business circles.

In the local cotton market, there has been a strong upward trend in the price of cotton due to the rising dollar rate over the past week. The rate of Phutti has seen a significant increase from Rs 1000 to 1500 per 40 kg.

Textile mills were facing difficulties due to the rising value of the dollar. For exports, the increase in dollar value is positive, but it is not good for textile and spinning mills because it is difficult for them to buy and store cotton at high prices. Due to increased interest rate, insurance and other expenses, cotton costs about Rs. 300 per maund more per month.

How long can such a situation last? Many spinning mills were forcibly operating partially, but in order for the textile mills to continue operating, they had to buy cotton at all costs. Importing cotton is very expensive due to the unusual flight of the dollar. On the other hand, the financial crisis in the market is increasing day by day. In this situation, it becomes difficult for textile factories to make a decision.

On the other hand, due to fluctuations in the price of cotton by thousands of rupees, it also suffers from an uncertain situation, even though many ginners in Sindh province are still in a relatively good position. The arrival of cotton in Punjab is relatively good compared to last year.

The rains still continue. It’s too early to say anything about the harvest, but experts estimate around 90 lake bales will be produced.

Aptma’s chief boss, Gohar Ijaz, said in a statement that this year around 60 million bales will need to be imported from foreign countries to meet the needs of local factories.

Karachi Cotton Brokers Forum Chairman Naseem Usman said international cotton markets remained relatively stable after the fluctuations. The New York Cotton Futures Trading rate for December delivery was between 88 US cents and 93 US cents per pound and closed at around 90 US cents.

According to the USDA’s weekly export and sales report, sales for 2021-2022 were 54,100 bales, a significant increase from last week. Vietnam took the lead in purchasing 64,200 bullets. China bought 3100 balls and came second. Indonesia with 2100 balls was in third place.

However, Gohar Ejaz, chief sponsor of the All Pakistan Textile Mills Association (APTMA), warned that Pakistan could face a situation similar to that of Sri Lanka if reforms are not made in almost all areas of the industry. ‘economy.

Ejaz said that a default situation will lead to a damaged relationship with investors and have far-reaching consequences. He said that to enable economic stability and sustainable growth, we must carefully examine our policies to identify obstacles and inefficiencies. He was of the view that Pakistan should nurture an export culture and focus on investment, productivity and exports while removing bottlenecks. Historically, we have focused on taxation rather than growth. We must emphasize growth by prioritizing investment, productivity and exports, he said.

Commenting on the energy sector, Ejaz said the energy sector needs reform as mismanagement is rampant. The gas crisis is worsening as international exploration companies have left Pakistan and local businesses are not functioning, leading to a decline in domestic gas production.

In the electricity sector, the distribution companies (DISCO) should be divided into smaller units (at the city level) for better administration and management, he added.

Commenting on exports, he said the ideal way forward is to develop a culture in which all investments and operations are geared towards maximizing exports. The textile sector is the key player as it contributes 62% of all exports and has recorded outstanding performance over the past two years, with textile exports increasing by 43% in FY22 compared to fiscal year 18, he said.

Quoting Western Economist Noble Prize laureate Joseph Stiglitz, he said the laureate had discouraged traditional global economic practices of which Pakistan is also a blind follower. Pakistan raised interest rates from 7 to 15 percent in 6 months, putting a burden on the cash-strapped government, he added.

Ejaz said Pakistan needs a strong export base which serves as a foundation to strengthen the economy without depending on foreign aid. The revenue generated from increased exports can significantly boost the economy, lifting Pakistan out of its current account deficit and economic stagnation. Improving exports is the only solution for a quick recovery from the current economic crisis, he added.