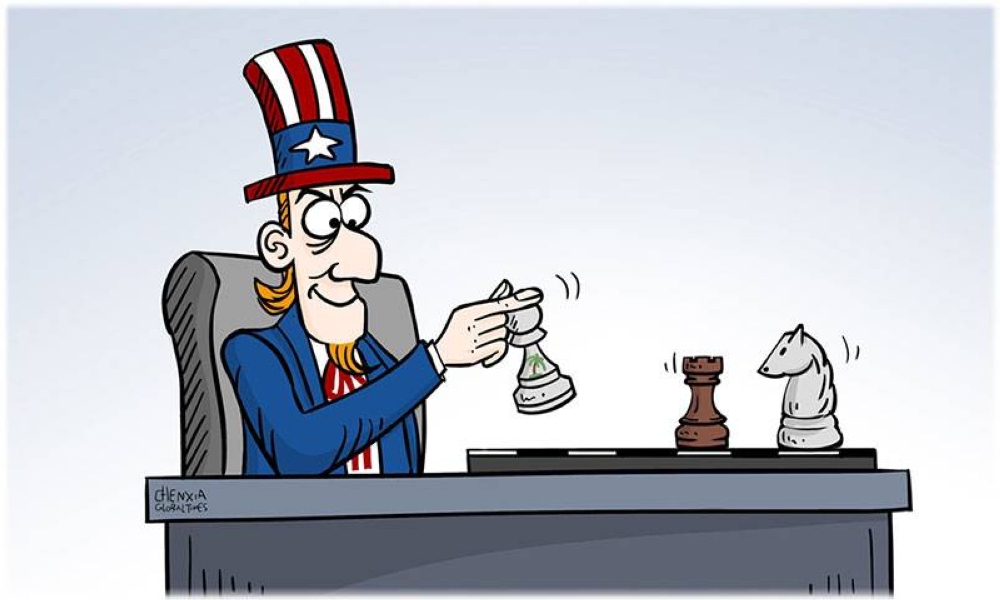 It’s an open secret that the United States and some of its closest allies are pointing their accusing fingers at China at every turn. China’s recent cooperation with the Solomon Islands is one such burning issue on their minds. These countries are susceptible to almost all movements of this Pacific island country.

US Coast Guard Cutter – Oliver Henry – taking part in Operation Island Chief monitoring fishing activity in the Pacific, which ended on Friday, was denied entry to a port in the Solomon Islands when he sought to make a planned stop there for refueling and re-disposition, according to US media.

Fox News reported that it was “raising concerns about China’s growing influence in the region,” citing tweets from former U.S. Department of Veterans Affairs Deputy Secretary James Hutton and Gordon Chang, a so-called Chinese hand which is infamous for its “imminent collapse of China”. predictions. Hutton said “China is gaining momentum in its drive to dominate the Pacific”, while Chang tweeted that “China is leading the Solomon Islands”.

Get the latest news

delivered to your inbox

Solomon Islands’ denial of entry to the American cutter can be seen as a kind of political stance, noted Chen Hong, president of the Chinese Association of Australian Studies and director of the Center for Australian Studies at East China Normal University. . The intervention of the United States in the internal and foreign affairs of the Solomon Islands has damaged the national dignity of this Pacific island country, arousing the discontent of both the population and the government. Furthermore, South Pacific countries, including the Solomon Islands, seek neutrality and are reluctant to become an instrument for the United States and some of its allies to engage in the geopolitical game.

Therefore, it is highly overstated for the United States to attribute its failure to enter a port in the Solomon Islands to China. “But taking advantage of this failure, Washington wants to stir up a new wave of public opinion that is detrimental to China’s cooperation with the Solomon Islands,” said Qin Sheng, a research fellow at the Center for Australia Studies, the New Zealand and the South Pacific from the Chinese Academy of Sciences. social sciences, told the Global Times. “There is no doubt that such a manner will only exacerbate the antipathy of Pacific island countries against the United States and will make the Solomon Islands even less willing to cooperate with the United States.”

The United States is apparently not the only country that is stepping up attempts to smear China-Solomon Islands cooperation, Australia is another. In response, the Solomon Islands government has reportedly threatened to bar foreign journalists from entering the country if they are not ‘respectful’ or engage in ‘racial profiling’ in stories about the Islands’ relations Solomon with China. A statement released by the Solomon Islands government notably criticized Australian-based ABC News reporting on “China’s growing presence” in the Pacific island nation.

For a long time, ABC News has made up stories and chosen one-sided opinions to advance its anti-China agenda. He viewed China-related affairs with a colored lens. His reports on China-Solomon relations are just another example.

Solomon Islands’ response indicates that cooperation between China and the Pacific island nation is transparent. It also serves to warn American and Western media outlets such as ABC News not to produce bull and rooster stories, or the Solomon Islands is able to refute such reports, Qin noted.

Solomon Islands’ counterattacks against the United States and Australia were applauded. In fact, it is not the first country that has refused to be a victim of geopolitical struggles. Many island nations have said the Pacific Ocean needs development and a cure for climate change, not warships or militarization.

What Solomon Islands has done reflects the mindset of most Pacific island countries. He has set an example for small and medium-sized countries in the region, and more countries are expected to say no to the unreasonable demands and hegemonic practices of the United States and its allies.

The author is a journalist at the Global Times. This article was first published in the Global Times on August 29, 2022. The Global Times is an English-language Chinese tabloid under People’s Daily, an official newspaper of China’s ruling Communist Party.