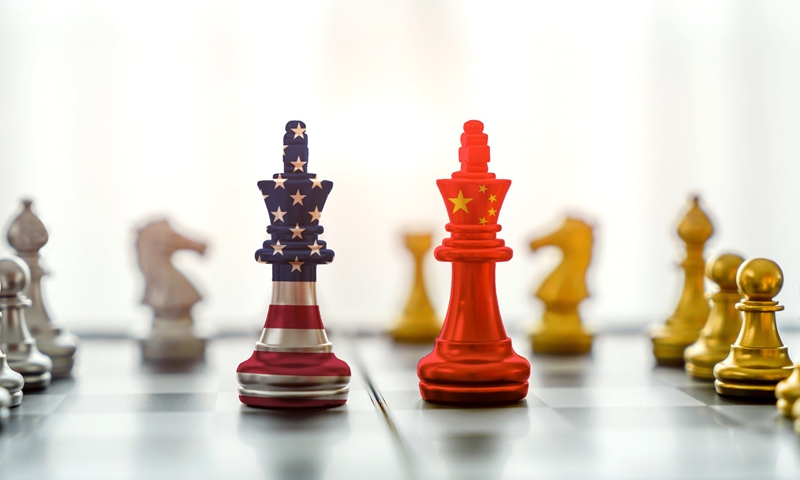 China must remain calm amid repeated US policy mistakes

Since the beginning of this year, the Joe Biden administration has successively pushed the Indo-Pacific Economic Framework for Prosperity (IPEF), which excludes China, and the Partnership for Global Infrastructure and Investment, a project to compete with the Belt and Road initiated by China. Initiative. In doing so, the United States tried to put into practice its project of strengthening strategic competition against China.

Since the administration of Barack Obama, the United States has proposed a series of strategies, initiatives and actions against China, ranging from the Asia-Pacific rebalancing strategy, the Indo-Pacific strategy, from the Blue Dot Network to the trade war. Yet great US efforts in this regard have often proved ineffective, with some ending up in trouble and others going up in smoke. Despite this, the United States is always eager to promote new conceptions of its China policy, which constitutes a unique circle of “constant trial and failure” in its strategies towards China. How to understand such a phenomenon?

First, US policy toward China is increasingly driven by domestic politics. U.S. China policy is often based on domestic political needs, rather than a careful assessment of policy feasibility. For example, Trump insisted on launching a trade war against China. His goal was to win white-collar blue-collar voters and Rust Belt state votes. As to how much the trade war can help achieve US interests and how much the US will pay for it, the Trump team has never carefully considered.

The facts have shown that the damage of the trade war to the interests of the United States is far greater than that caused to China. The trade war has increased the cost of living for American consumers and has also driven up inflation. Biden understands this, but he also wants to please the white blue-collar class and the unions. Therefore, he decided to continue the error.

Third, the United States is unwilling to face reality and frequently underestimates China. Since the end of the Cold War, the United States has long held a dominant and active position in its relations with China because of its overall strength. But over the past decade, with the steady improvement of China’s overall national strength and the development of great power diplomacy, China has become more active in its relations with the United States. However, policy makers in Washington have not fully understood this. They often underestimate and misjudge the situation because they don’t want to accept the fact that China is rising.

The Biden administration crafted its China strategy, which can be characterized by the three Cs of competition, confrontation and cooperation, in the fantasy of creating a bilateral relationship in line with US interests, but China maintains its strategic composure and not dancing with the rhythm of the United States. China Embraces “List Diplomacy” and Urges US to Address China’s Legitimate Concerns; it is actively developing relationships with third parties and hoarding diplomatic resources to compete with the United States. The Biden administration’s conception of China policy appears to be a bit more sophisticated than that of the Trump era, but it also continues to hit the wall in practice. Underestimating and misjudging China has tripped up US China policy and therefore cannot go far.

Like the Trump and Biden administrations, future US administrations will continue this misguided path in their China policy, which is determined by US domestic politics, strategic culture, and the gap between its goals and capabilities. When it comes to China, pay attention to the design of various US policies toward China, but don’t take it too seriously. These designs are ultimately little more than wishful thinking. If China takes them too seriously, it will be led by the United States and waste its own resources and strategic opportunities.

The author is Dean of the Institute of International Studies at Fudan University. [email protected]