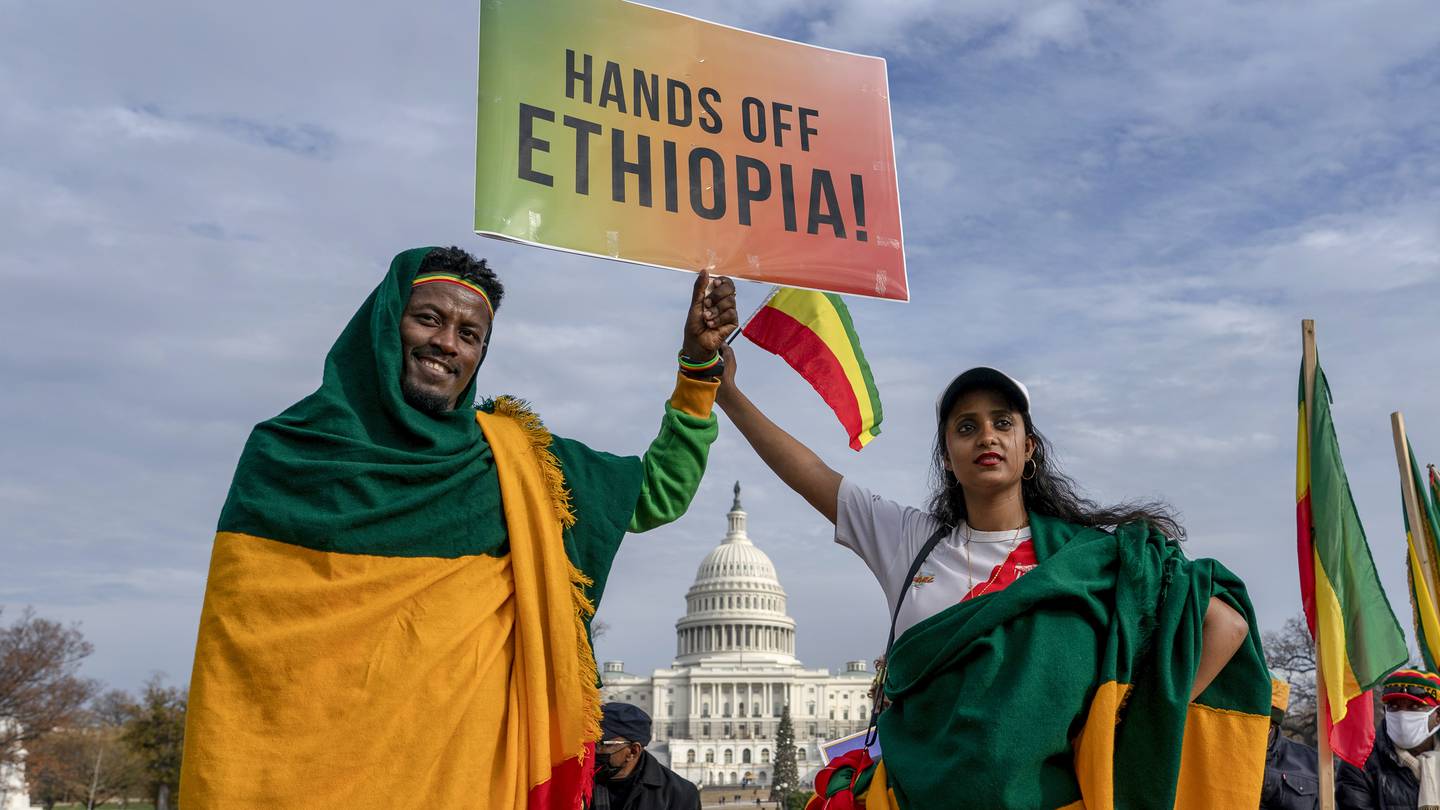 President Joe Biden’s first call to Ethiopian Prime Minister Abiy Ahmed has sparked debate over whether the United States might turn to conflict in the East African country.

Mr Biden requested Monday’s call nearly a year after taking office as the United States seeks to broker a ceasefire and avert further instability in the Horn of Africa.

The call came as Jeffrey Feltman, the US envoy for the Horn of Africa, announced his intention to step down. He will be replaced by career diplomat David Satterfield.

Mr. Feltman has held the position since April and met with Mr. Abiy last Thursday in Addis Ababa, a meeting that helped enable Monday’s call, a US official said. The National.

Professor Ann Fitz-Gerald, director of the Balsillie School of International Affairs, saw the call between MM. Biden and Abiy as the “beginning of a small shift” in US policy towards Ethiopia.

“The fact that both leaders have spoken out is big news in itself,” Ms Fitz-Gerald said.

Since conflict erupted in November 2020 between the central government and the Tigray People’s Liberation Front (TPLF), the United States has accused the Ethiopian government of blocking aid to the Tigray region where the UN believes that 400,000 people have crossed the “threshold of famine”.

Washington also authorized a broad sanctions framework last September and kicked Ethiopia out of the African Growth and Opportunity Act this month.

These actions came amid reports of war crimes, extrajudicial executions, rape and torture in the conflict.

A UN report last November accused all sides of gross violations, some of which could amount to crimes against humanity.

The Biden administration has focused its sanctions on Eritrean officials and military leaders who entered the conflict to support Addis.

But punitive measures failed to broker a ceasefire or the withdrawal of Eritrean forces from Ethiopia.

Beginning in October, and following advances by the TPLF that brought them closer to Addis Ababa, the Biden administration increased its engagement with the Abiy government and intensified its efforts for a truce.

Mr. Feltman has met Mr. Abiy at least twice and warned the TPLF last November against any intrusion into the capital.

“The TPLF would be met with implacable hostility if it entered Addis today,” Feltman said at the time.

Ms Fitz-Gerald said any change in the United States should be gradual.

“It is unlikely that the United States will make a 180 degree turn on its position in Ethiopia, but it must do something because its major policy in the Horn of Africa is very inconsistent and if allowed to continue, it will risks creating all sorts of new divisions and inviting further destruction,” Ms Fitz-Gerald said. The National.

She said the administration should be more vocal in criticizing all parties to the conflict, including the TPLF, which “has an interest in continuing to fight.”

Last December, the United States said it was ending a decision on whether to call the situation in Tigray a genocide and was focusing on diplomatic efforts.

A senior US official said Mr Biden’s appeal to the Ethiopian leader was the result of “positive signals” Mr Abiy sent by releasing political detainees on Sunday.

“We see this as a moment of opportunity if the parties are willing and able to seize it,” the official said.

The White House expects Addis Ababa to expand humanitarian access to Tigray and accelerate efforts to reach a ceasefire.

Aid workers reported a drone attack on a refugee camp in Tigray on Sunday that killed 56 people, including children. Secretary of State Antony Blinken and National Security Advisor Jake Sullivan called their Turkish counterparts last week to urge them to support a ceasefire in Ethiopia.

Turkey has been a major supplier of drones to Mr Abiy’s government despite US concerns.

“Abiy’s release of political prisoners and his promise not to re-engage ground forces in Tigray, both of which have exposed him to much internal criticism, are being interpreted in Washington as a potential opening that we must capitalize on to make advance peace. “

He expected Washington to strike a balance between acknowledging Addis Ababa’s good behavior to coax further concessions while acknowledging “ongoing abuses and not letting Abiy and other belligerents off the hook for past crimes”.

Citing medical shortages, Reuters reported last week that a hospital in Mekelle had identified 117 deaths and dozens of complications from the blockade.

“Whatever encouraging signs we see must be tempered by the fact that there is still a devastating humanitarian blockade on the region and a growing air war that terrorizes civilian populations inside Tigray,” said Mr. Hudson.

Senior members of the US Congress, including voices critical of the Ethiopian government, welcomed the Biden-Abiy call.

Jim Risch, a member of the Senate Foreign Relations Committee, said the call was “overdue” but welcome. He urged Mr. Abiy to cease hostilities and advance political dialogue.

Given the devastation of #Ethiopiaof the war and its impact on US-Ethiopian relations, today’s call between Biden and Abiy is long overdue but welcome. What happens next is what matters: Abiy should cease hostilities, release aid and advance political dialogue.https://t.co/AmwlKOGigl