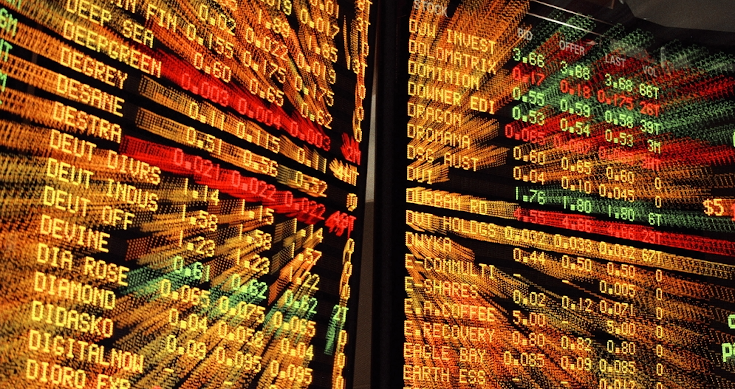 
US stocks were down on Monday, ending just off their worst levels after giving up morning strength and extending last week’s gains. The market appears to be in a holding pattern as it waits for more clarity on Q2 earnings as investors sell market rallies.

The end-of-day pullback follows a Bloomberg report that Apple plans to slow hiring and growth spending next year to deal with a possible slowdown. Apple shares fell almost 2.1%.

Apple’s earnings will be important to the broader market in terms of currency management, what’s happening in the Chinese sector and how they react as consumers turn more to services than to products. spending on goods.

A strong earnings report from Goldman Sachs initially supported stocks, after mixed results last week from banks JPMorgan Chase and Morgan Stanley. While bank earnings are mixed in some cases, the decline in earnings has not been as severe as analysts expected as consumers continue to spend and borrow.

Jane Fraser, chief executive of Citigroup, said on a conference call. “Nothing in the data that I see indicates that the United States is on the verge of a recession”, “Although a recession could indeed occur, it is very unlikely that it will be as severe as others that we have seen.”

JPMorgan Chase executives also said there were no clear signs of a recession yet, as retail banking customers are still spending money on discretionary purchases like travel and restaurants.

Oil prices extended their gains on Monday, boosted by growing concerns over gas supplies from Russia and a weaker dollar, offsetting demand fears over a possible recession and lockdowns in China.

Brent crude futures for September settlement ended the day up 5% at $106.27

On the clean energy front, the top performers overnight were hydrogen, electric vehicle charger stocks and lithium companies with no real catalysts for their strength.

The U.S. dollar retreated from multi-year highs on Monday, supporting commodity prices ranging from gold to oil. The value of the US dollar is the strongest in a generation, devaluing currencies around the world and disrupting the outlook for the global economy as it upends everything from the cost of vacations abroad to the profitability of multinational companies.

Iron ore futures are pointing to a 2.9% gain. Despite a strong month of crude steel production for China in June, iron ore prices continue to struggle.

Numbers around the world