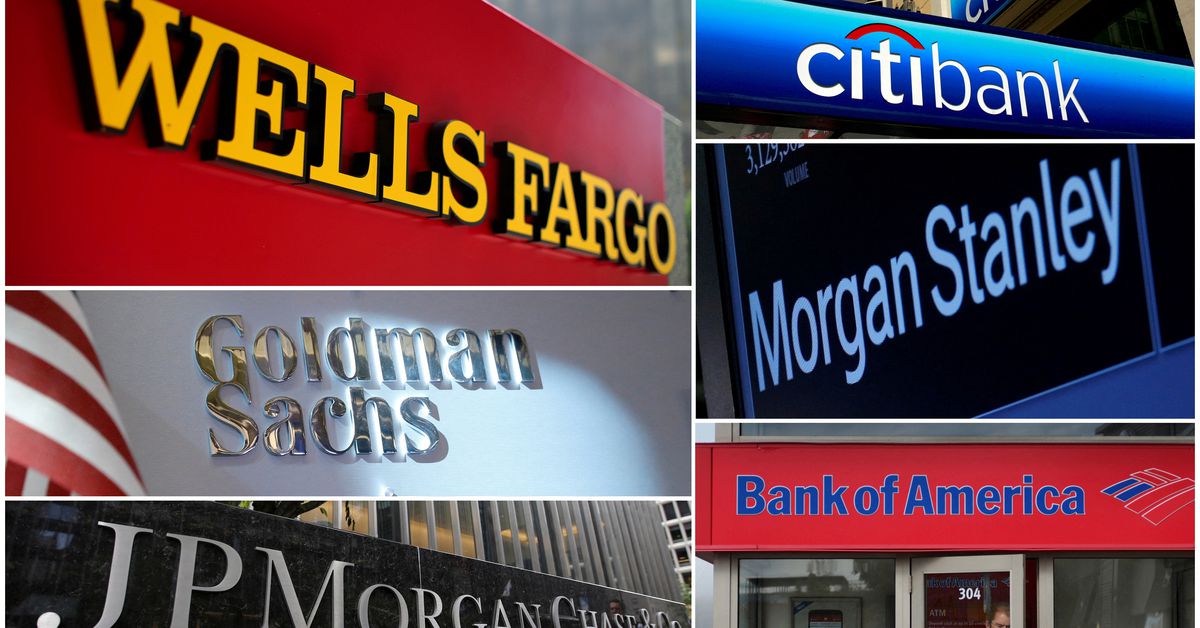 July 12 (Reuters) – Investors are bracing for another slide in bank stocks as fears of a possible recession outweigh the lure of relatively cheap valuations and strong long-term prospects.

The S&P 500 Banking Index (.SPXBK) has fallen nearly 25% so far this year, compared to a decline of around 19% for the benchmark S&P 500 (.SPX). Investors will have more information on the health of the sector when the country’s biggest banks start reporting their second-quarter results on Thursday.

“It really depends on your view of the economic outlook for 2022 and 2023,” said Mike Cronin, chief investment officer at asset manager abrdn in Boston, noting that investors are starting to price in recession risk.

“If you look beyond a recession scenario to 2024, there is real upside potential in the group. We are cautious in the short term but see value in the long term.”

Earnings will also be impacted by a drop in trading, although partially offset by increased trading revenue from volatile markets. Read more

One metric that investors like Cronin watch is how bank stock prices compare to book value — bank assets minus their liabilities. Prices are considered cheap when trading at or below book value, and become “more attractive” as potential investments, he said.

On Friday, the S&P 500 banking index was valued at 1.07 times its book value, according to data from Refinitiv, its lowest valuation since late 2020.

If aggressive rate hikes lead to a deep recession this year or early next, the top 20 U.S. bank stocks could potentially average 65% of book value, RBC analysts say.

Michael Arone, chief investment strategist at State Street Global Advisors, says bank stocks are inexpensive. But he remains cautious of the sector, in part due to a potential slowdown in loan growth and the risk of inflation to earnings.

“Risks outweigh the opportunities right now… The earnings are going to be disappointing,” Arone said. “The outlook is going to be very cautious.”

But bank executives will pin their hopes on improving business later in the year, he said.

“I don’t think you’ll hear much about it,” he said. “They will want to under-promise and over-deliver.”

While Friday’s data showed the US economy added more jobs than expected in June, it could still be on the verge of a recession. Gross domestic product contracted in the first quarter, with consumer spending and manufacturing readings tepid over the past two weeks. Read more

Still, some investors are optimistic.

“They have a lot less credit risk on their balance sheets. During the pandemic, credit underwriting has tightened even further,” Lentell said. “Banks are very well placed to weather any downturn.”

And since earnings continue to grow, Lentell sees bank valuations as “rather attractive.”

Currently, stocks in the S&P 500 banking index are trading at around 9 times earnings estimates for the next 12 months, compared to their long-term average of 12.4, according to Refinitiv data.

With a potential recession on the horizon, Kingsview Investment Management portfolio manager Paul Nolte sees the risks of greater volatility for bank stocks, but as Cronin says, the sector looks attractive over the long term.

“There are still downsides, but the upside is even greater than the downside if your time horizon is five years instead of three to five weeks,” Nolte said.