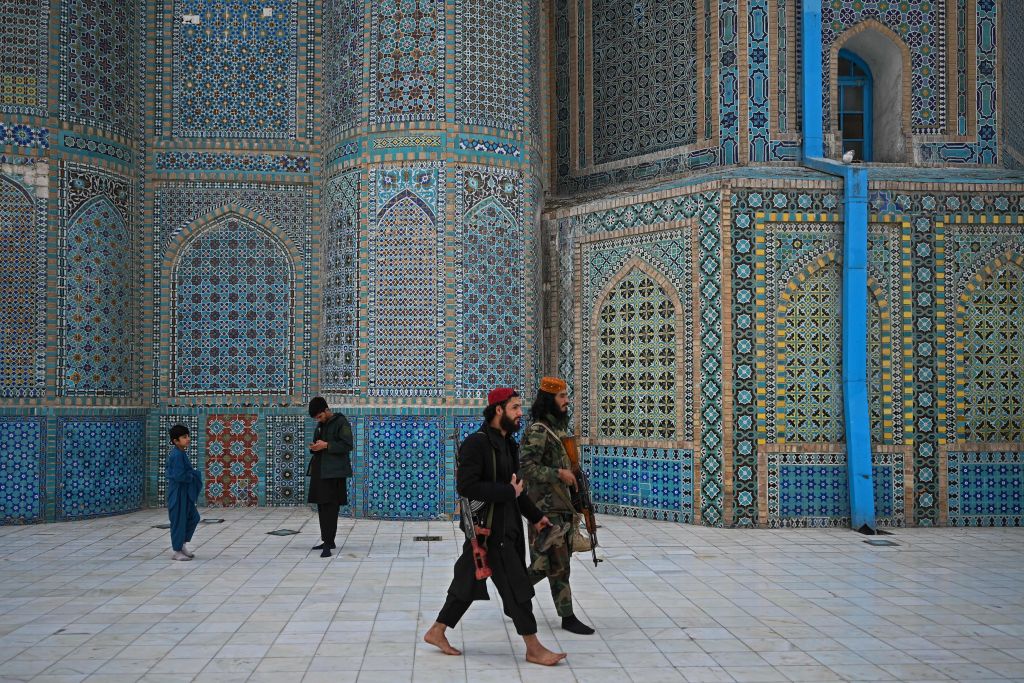 When the US-backed Afghan government collapsed in mid-August after a rapid Taliban advance across the country, President Joe Biden was quickly confronted with a choice. Should Washington work with the new Afghan leadership, staying well below formal recognition but otherwise exploring whether opportunities for cooperation (fighting IS-K, for example) were available? Or should the United States try to exert economic and political pressure to undermine Taliban control over Afghanistan?

More than four months after the start of the Taliban’s rule, the Biden administration has largely adopted a middle line between these two options. While U.S. officials have met with the Taliban several times since the summer and remain open to the prospects of a business relationship, the White House is also using financial tools to force the de facto Afghan government to change its ways. Washington remains adamant that the Taliban must establish an inclusive government, allow women and girls equal access to education, stop cracking down on former opponents of the Afghan government, and mitigate human rights violations. In other words: if you want respect and recognition from the world, you have to prove to the world that you are worthy of it.

However, none of these economic pressures seem to impact the way the Taliban governs. At the grassroots level, the movement still sees itself as a bunch of fighters, not a bunch of government officials organizing garbage collection or bureaucrats collecting taxes. For extremist Taliban commanders and infantrymen who have spent their entire lives fighting American soldiers and various governments in Kabul, the winners of the war hold the spoils – and the world has no right to dictate how the victors choose. to operate. The Taliban may be changing some of their conduct when it comes to educating women and saying some of the right things, but the organization’s first priority is to maintain internal cohesion. Any step that could potentially undermine this, such as adopting more liberal social standards, will likely be avoided.

The Biden administration continues to insist, although there is a growing realization that tying the resumption of normal banking channels to political demands that the Taliban have no intention of accepting is exacerbating the humanitarian crisis by Afghanistan. According to Martin Griffiths, head of UN humanitarian affairs, Afghanistan could face near universal poverty by the middle of next year. International Monetary Fund projects Afghan economy lose 30 percent of its GDP. Over 8 million Afghans are threatened with famine in part due to the cut-off of international funding and donor support, as well as such a severe drought that some farmers have stopped growing for the season. The country’s health system is on hot coals and could disappear altogether if hospitals and clinics do not receive funding. “Much of the Afghan health system has collapsed”, Paul Spiegel of the World Health Organization concluded after a five week trip to Afghanistan.

The United States has attempted to rectify these problems by granting humanitarian exemptions current sanctions against the Taliban and support an infusion of $ 280 million funds from the World Bank to the World Food Program and the United Nations Children’s Agency. Washington last weekend expressed support for the Organization for Islamic Cooperation creation of a trust fund specifically aimed at easing the downward spiral of Afghanistan. The United States has also authorized $ 474 million in unconditional humanitarian aid this year. And in the most visible sign to date that a change of tact is needed, the US Treasury Department extended defining humanitarian aid to enable aid organizations to pay the salaries of Afghan teachers.

Yet other sources of funding remain based on the Taliban leadership waking up and deciding to become democratic. About $ 9.5 billion in Afghan foreign exchange reserves get stuck in U.S. banks, and about 80 percent of the World Bank’s $ 1.5 billion Afghanistan Reconstruction Trust Fund is still frozen despite the embezzlement of $ 280 million this month to UN agencies. Afghanistan can no longer count on foreign donors for its budget support (about 80 percent of Kabul’s public spending came from foreign sources). No Western state is prepared to send taxpayer money to Taliban-controlled ministries. Doubtless for the United States, which has injected billions of dollars into Afghanistan over the past two decades.

The United States, however, does not need to put more of its own money in the pot. All he needs to do is make Afghanistan’s money available so that aid workers and international agencies on the ground have the resources to pay public sector staff and doctors, maintain hospitals. functioning, ensure that the Afghan people can survive the winter and prevent a total collapse of the banking system. This will require more concrete action on the part of the United States, including issuing clear written guarantees to financial institutions that they will not be penalized for engaging in legitimate humanitarian activities.

Why should the United States care about the Afghan crisis? That’s a good question and a good question. Many American policymakers want to put the failed 20-year nation-building experience in the mirror. Given the losses suffered by the United States, the extreme financial outlays associated with the United States’ longest war, and the inherent irresponsibility of senior U.S. military leaders despite a constant lack of judgment, the easiest way would be to hijack the look.

But the Biden administration must question whether the current strategy undermines or helps the primary objective of US policy in Afghanistan: to neutralize any anti-US terrorist threat that may emerge. Will the Taliban be more or less inclined to work with the United States on the fight against terrorism if Washington simultaneously prevents Afghanistan from accessing its own assets? Thanks to its military capabilities, the United States does not need the help of the Taliban to be successful in its counterterrorism operations. But it certainly doesn’t hurt to enlist the local government in the effort. In the case of Afghanistan, the local government is made up of the Taliban, whether the United States likes it or not.

Rather than isolating the Taliban government in perpetuity, U.S. officials should be explicit during their conversations with Taliban ministers – eager to help Afghanistan help itself, but also pending aid against terrorist groups like IS-K and Al-Qaida.

Daniel R. DePetris is a member of Defense Priorities and Foreign Affairs Columnist at News week.

The opinions expressed in this article are those of the author.